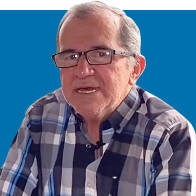 Jaime Abello Banfi, director of the Gabo Foundation, has sent me the book that this Cartagena cultural institution published in digital format to commemorate the ninety-fifth anniversary of the birth of Gabriel García Márquez. It’s called ‘The Memory Machine’. It is a work that includes texts by Orlando Oliveros about the author of ‘One Hundred Years of Solitude’ and, in addition, interviews with prominent figures of literature from various countries, where they express their concepts about the only universal Colombian.

It is good to remember that the son of the telegraph operator from Aracataca was born on March 6, 1927, at nine in the morning, on a Sunday when a torrential downpour fell on the town, according to what Dasso Saldivar says in ‘The trip to the seed’ , and who died in Mexico City on April 14, 2014, a Holy Thursday.

I must say that I am the author of ‘To meet García Márquez’, a book that has been in Colombia for five editions and nearly ten thousand copies sold, including the edition of three thousand copies acquired by the Ministry of Culture to be delivered to all libraries public of the country. Having spent more than forty-seven years dedicated to the study of the work of the Colombian genius who won the Nobel Prize for Literature in 1982 means that every text written about him interests me. In each new book that is published on the work of Gabriel García Márquez I find interesting analyzes of his work and, above all, novel approaches to his characters. In ‘The Memory Machine’ there are texts that are a revelation for a student of his narrative.

So much is written about Gabriel García Márquez that sometimes some texts must be accumulated on the bedside table waiting for time to read them. However, there are books that, due to the charm of the prose, the neatness of the style, the limpidity of the language and the details they reveal about their narrative, should be read immediately. That happens with ‘The memory machine’. It’s the same thing that happens with ‘Gabo and Mercedes: a farewell’, by Gonzalo García Barcha, the writer’s son. The latter is a very well written literary chronicle of a family’s anguish as they see the end of their father inexorably approaching. The first resorts to plot details from ‘One Hundred Years of Solitude’ to reveal some constants in García Márquez’s work.

Let’s talk about the interviews that Orlando Oliveros does to outstanding figures of letters. A plethora of writers who exalt the literary work of García Márquez pass through the 219 pages of this book. They are there, recounting what reading ‘One Hundred Years of Solitude’ meant to them, the Chilean poet Raúl Zurita, the Nicaraguan writer Sergio Ramírez, the Cuban Leonardo Padura and the Colombians Juan Gabriel Vásquez, William Ospina, Pablo Montoya, Juan Gossaín and Piedad Bonnet. They all agree in pointing out that in reading ‘One Hundred Years of Solitude’ they discovered the talent of a writer who knew how to interpret Latin America, who showed the world that we had a place in the world concert and who made Europe look at us as a continent to discover in literary matter.

What do the authors mentioned above say about the immense writer? Nothing that is not true. Leonardo Padura maintains that it is a heritage that belongs to all of Latin America. Pablo Montoya, for his part, says that he managed to oxygenate the literature of the continent, especially Colombian. William Ospina, on the other hand, points out: “He was not a man of long speeches, nor of great dissertations. But he was someone very witty.” Juan Gossaín says that he met him the afternoon he attended the premiere of the film ‘Tiempo de Morir’ in an open-air theater in Cartagena. Juan Gabriel Vásquez indicates: “García Márquez’s legacy goes far beyond magical realism.” And Piedad Bonnet says that he was a poet with a great musical sense, which he knew how to translate into his prose. Everyone points out that he is the greatest writer that this continent has produced.

‘The memory machine’ is structured in two parts. The first, called Telling Gabo, mentions scenes in the plot of ‘One Hundred Years of Solitude’. Orlando Oliveros talks about the writer’s obsessions brought to literature. For example, nightmares. The author is clear in saying that “the great difference between Gabriel García Márquez and the others was that when he had a nightmare his greatest desire was not to wake up but to write.” He gives as an example when he wrote ‘La siesta del fauno’, which was never published. This story, as told by García Márquez in ‘Living to tell it’, was the product of a nightmare he had when he lived in a boarding house on Florián Street, in Bogotá. The second is entitled ‘Conversing about Gabo’. They are the talks with the writers mentioned above.

In the chapter ‘The Lord of Nightmares’, it is where that strange weight on the body is best described, which the Dictionary of the Spanish Language defines as a “distressing and tenacious dream”, which produces “oppression in the heart and difficulty breathing ”. According to the author of this book, García Márquez had constant nightmares. And he took them to literature. In ‘The Autumn of the Patriarch’, the dictator has a nightmare: he feels that “pale men in gray frock coats are stabbing him with butcher knives”. Someone said that the writer told a friend that he had had a nightmare to that effect. Orlando Oliveros wrote: “Those who once slept next to him and heard him scream terrified by the images of a bad dream, learned over time that they should not interrupt him” because they were nightmares.

‘The memory machine’ is a book that allows us to learn more about the man who raised the name of Colombia in academic circles around the world, the creator of the yellow butterflies, the writer who with his marvelous pen conquered millions of readers in all the planet. In good prose unknown facts are revealed in the life of a Colombian who gave up being a lawyer to become the most important Spanish-speaking writer after Cervantes Saavedra. Eligio García Márquez, the writer’s brother, said in ‘Tras las clave de Melquiades’ (2001) that more than seven hundred books had been published about him up to that date. Today the figure exceeds that number by more than three hundred.

‘One Hundred Years of Solitude’ has sold more than fifty million copies, and has been translated into more than forty languages.

(Read all the columns of José Miguel Alzate in EL TIEMPO here).