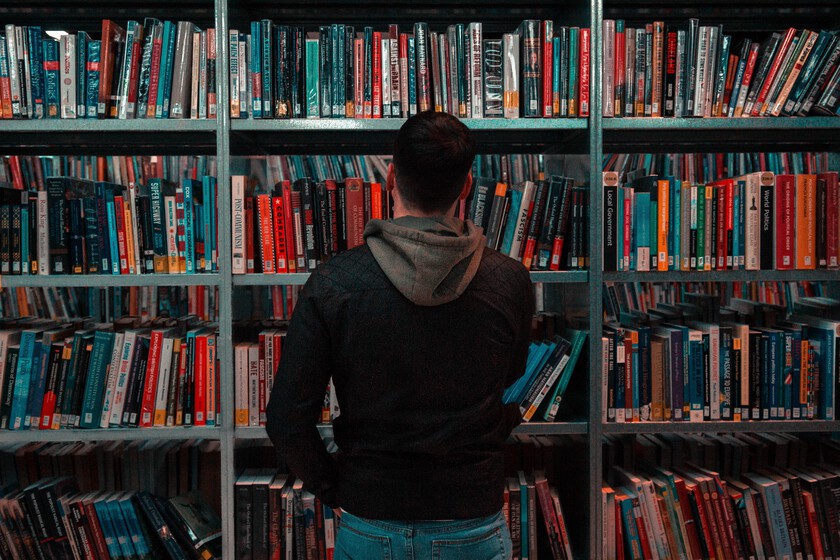 What are the books that we have typically heard of when reflecting on literary censorship in American classrooms? The Adventures of Huckleberry Finn would be one of them, that scathing satire on the superstitious southern society in the slave era and that is prohibited or altered in a systematic way to include stereotypes and racial insults. The same for Of Mice and Men, by John Steinbeck, winner of the Nobel Prize for literature and criticized for his “offensive and vulgar language.” It is embedded in the collective imagination that Americans censor, especially opting for the side of progressivism, but it is possible that this vision does not correspond to reality.

The most censored in the US. Thanks to tweeter DNMRULES We come to a list that has been compiling for twenty years the books that most try to be eliminated or restricted to the public, typically in libraries or in school curricula. The list is organized by the American Library Association and is based on notifications from librarians and teachers, who alert when they see that access to a book is beginning to be threatened.

This is how 2020 has been. During last year they reported 156 censorship attempts (successful or unsuccessful). 73% of those that they detected refer to books or comics, compared to 14% of school talks and 1% of attempts at censorship of films. The most persecuted was a book about the life of a trans girl. The second was a book on racism against black people, which was reproached for not covering the racism suffered by white people. Third, a book on police violence against black teenagers. In the fourth, one about a story of sexual abuse at a party. In fifth place, the book was censored not because of its content but because of what the author had done (as he later acknowledged) that he had harassed 20 women. The sixth, on police pressure on young blacks, was condemned for promoting “confrontational language” and promoting an “anti-police vision”. Seventh and eighth are two classics: To kill a nightingale and Of mice and men, since one would defend a vision of the so-called “white savior syndrome” and the other contained racist stereotypes. The last two positions are occupied by books that recounted sexual abuse and the other also for containing what the censors considered an anti-police message.

And in previous years: 2020 was characterized by intense Black Lives Matter protests and media coverage of deaths of black people at the hands of police officers, as in the case of George Floyd but not only, which intensified the racial conversation in the schools. That may explain why so many books from that year talked about racism and police violence. In previous years, however, the dynamic was different: almost everything that was tried to vilify were LGTBI-themed books: in 2019 eight of the ten on the list dealt with that theme (the other two were The Handmaid’s Tale -vulgarity and sexuality- and the Harry Potter saga -magic and hoax-). In 2018, six out of ten on the list was for LGTBI content, and the rest ranged from anti-police messages, sexual and vulgar content, and, yes, a book case promoting racist stereotypes against Mexicans.

In other words, the pressure to censor discourses of freedom of sexual identity or African-American anti-racism is much greater than the opposite. As the association says, between 92 and 97% of book censorship requests do not receive media attention. If the so-called “culture of cancellation” it defines such as the impossibility of “disagreeing with the hegemonic opinions without fear of being ostracized”, and given the figures of the most persecuted issues, it seems that this hegemony on which one cannot disagree is not so much the progressive ideology as the conservative one, contrary to what is usually thought.

Gender indoctrination: In Spain, the closest case is in the recent sentence of a court to remove 32 copies of “LGTBI ideology” books in eleven public institutes of Castellón at the request of Christian Lawyers, a decision that later a higher magistrate revoked. Also 28,000 schools in the country have received a massive letter campaign called My children, my decision to make yourself heard by which I alerted families of an alleged “gender indoctrination”, by which schoolchildren would be receiving instructions on “lesbian behavior”, “abortion” or what to do on Pride day Gay The parental pin promoted by Vox focuses, above all, on allowing parents to prevent their children from being informed on “Feminism, sexuality or LGTBI”.

Religious persecution. Later, according to the Platform in Defense of Freedom of Information (PDLI), “In Spain there is a specific phenomenon of conservative and intolerant groups that have a certain tendency to prosecute freedom of expression issues that would otherwise go unnoticed and that in some cases have to do with religious issues”, promoting the so-called “chilling effect ”Or deterrent effect by which citizens and artists are pushed to censor themselves so as not to see them in court.


Types of intellectual objects most censored in 2020.


Who originates the censorship attempts.


Concept map of the issues that cause the most censorship.


Places where it feels most.

The most censored books in the US offer a very different portrait of the so-called “culture of cancellation.”