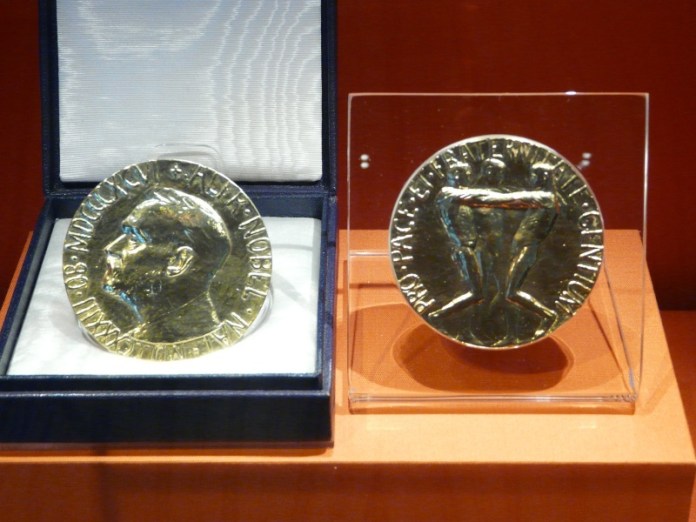 Sweden.- The Nobel Peace Prize is awarded on Friday in Oslo in the midst of current affairs full of threats.

As the key day approaches, experts are divided between those who predict a critical prize for the offensive launched by Russian President Vladimir Putin, or those who anticipate a reminder about the urgency of acting on global warming.

With 343 candidates this year on a list that is not public, the Nobel committee may as well break the forecasts and decide in another direction.

For Henrik Urdal, director of the Oslo Peace Research Institute (PRIO), the leader of the Belarusian opposition in exile Svetlana Tijanóvskaya or the Russian opponent Alexei Navalni, imprisoned after being the target of a poisoning, deserve to be awarded jointly.

“They are two referents of non-violent pro-democracy activities in their respective countries,” he highlights. “And both Navalni and Tijanóvskaya are very strong opponents of the war in Ukraine,” he adds.

Another way to remember the conflict, the closest to Oslo since World War II, would be to award the Nobel Prize to those who document alleged war crimes in Ukraine, such as the International Criminal Court in The Hague or the investigative website Bellingcat.

– Greta? David Attenborough? No one? –

For other observers, the mobilization in the face of climate change is also worthy of a Nobel after a year once again marked by extreme weather events, from historic heat waves in Europe to devastating floods in Pakistan.

“By giving the Peace Prize to the climate cause, the Nobel committee has the unique chance to say that the many crises the world is facing must be resolved together,” estimates Oda Andersen Nyborg, director of the Norwegian Council for Peace.

Among the names evoked in this field are the young Swedish climate cause, Greta Thunberg, and her Fridays for Future movement, the revered British naturalist and pedagogue David Attenborough and other environmental activists.

Rumors also circulate about the UN chief himself, Antonio Guterres, the United Nations Framework Convention on Climate Change or the Foreign Minister of Tuvalu, Simon Kofe, whose country is threatened by rising sea levels.

Beyond the climate cause, they appear among the possible award-winning militants for the rights and freedoms of China, Afghanistan or Iran, the anti-corruption NGO Transparency International or the International Court of Justice (ICJ).

Sverre Lodgaard, a researcher at the Norwegian Institute of International Affairs, does not rule out that the Nobel committee refrain from awarding the prize as it did, for the last time, 50 years ago.

Last year, the Nobel Prize awarded two journalists who are champions of freedom of expression, the Filipino Maria Ressa and the Russian Dmitri Muratov, whose respective media are threatened with closure or suffered the cancellation of their license.

With information from Excelsior

The Nobel Peace Prize is awarded on Friday