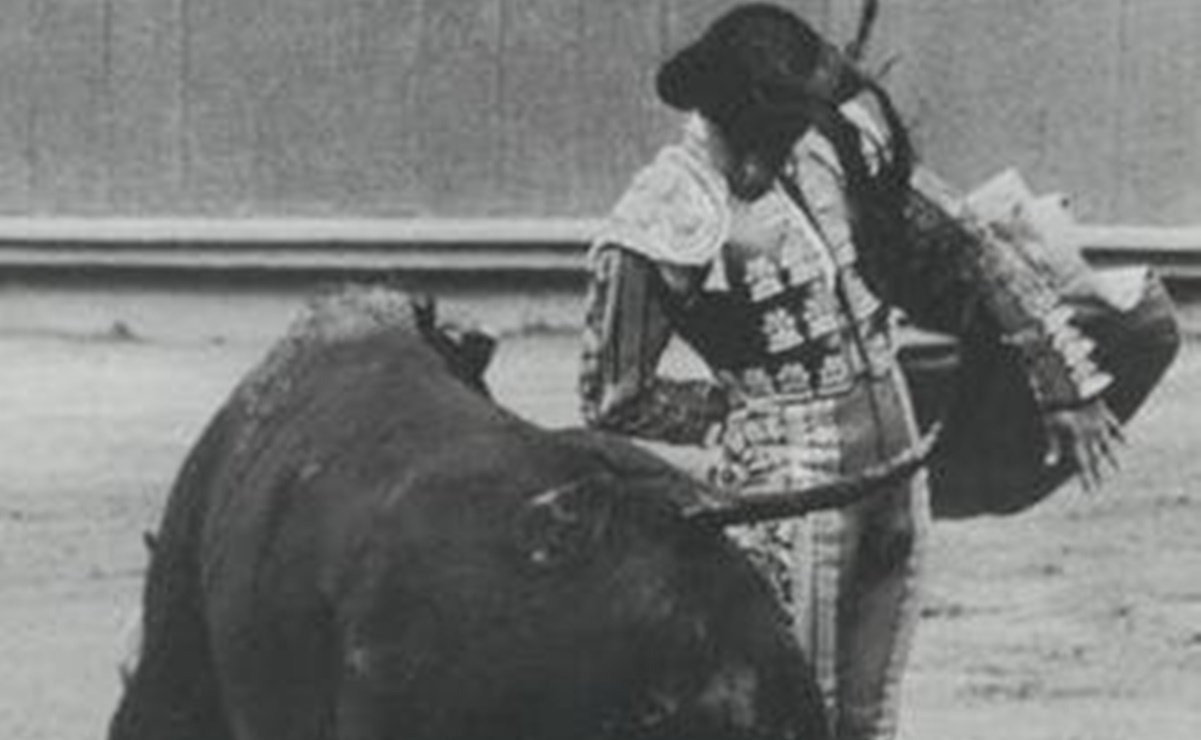 The march of bullfighting It is gradually picking up pace and a rebound is expected, as in the rest of the activities, regardless of the pandemic, war and economic fragility. Towards the end I will comment on the present, first I am going to refer to an immortal of bullfighting, Alfonso Ramirez Calesero who, for a superb performance in the mexicowon that title awarded symbolically, by the journalist Carlos Leon.

Calesero was born in the neighborhood of Trianaon Aguascalienteson August 11, 1916. On December 24, he became a bullfighter in the Bullfight of the Countesswith Lawrence Garza godfather and witness, David Liceagawith a bull Saint Matthew and his long career led him to retire on February 20, 1966 in the mexico. His last performance was in his land in 1967. 40 years of walking with great category in the ring.

I had the fortune to talk with him on different occasions and satisfied he told me: “I triumphed and I am proud to be The Calesero and I especially remember the chronicle of Carlos Leonwhen on January 10 I performed at the mexico and mentioned in it that, for what I had done, I had earned the award Nobel Prize for Bullfighting” I did not know him and a few days later, he called me to tell me about a meal and there they gave me a plaque that they signed: Rodolfo Gaona, Renato Leduc, Manuel Horta, Carlos Septien who baptized him as the poet of bullfighting.

His career was full of inspiration and unforgettable aesthetic moments. Recently, in relation to the action of January 10, 1954, they sent me some information that I did not know. That day, I perform with bulls from Jesus Cabreranext to Armillite and Jesus Cordoba. The image of the long Cordovan woman who, that day in January 1954, executed the bull is unforgettable. bell ringer and if he had not failed in the supreme luck, he would have obtained the maximum trophy of Jerez.

And here’s the story: The fan of the wild party, the artist bullfighter, has patience. The horseman I was going through a period of misfortune, I was going badly and badly. Part of the public thought that his courage was already scarce because, on the last Sunday in the plaza mexico he had faced a rough bull, which had managed to make Alfonso dive headfirst into the alley to avoid being gored.

Fans were running out of patience. They asked that a good bull and Alfonso They will meet and the magic moment will come. The businessman of the square, the following Sunday, repeated the poet of the bullfight. Before a run, the horseman was staying in the Hotel Regis, fulfilling one of the many superstitions surrounding bullfighters. Always elegant, his shoes called for the intervention of a bolero. In front of the hotel, a little shop was waiting for him, where they shined shoes. A young chilango officiated as the “first sword” of the business.

You can read: “This is how the Liga MX table was prior to the FIFA Date”

Quihubo, killer! He greeted the bullfighter.
Hello kid
Ready for Sunday? she asked him.
Ready!
Now is he going to get closer?
The Calesero paid more attention to his interlocutor.
Why the question, kid?
Because it is obvious that a figure, like you, jumps headfirst into the alley. If I were a bullfighter, I would prefer a goring before diving into the alley.
The hydrowarm master frowned in annoyance.
With what right do you speak to me like that?
The bolero’s response was as harsh as his last bull:
To go see you fight. Do you know how many shoes I have to shine?
Alfonso understood the enormous responsibility of being a bullfighting figure. I do not speak more. He paid for the service that cost fifty cents with a hundred-peso bill, a real fortune.
I have no change,” said the bolero.
I do not want it. Use the money to go to the square this Sunday and buy a ticket very close to the arena.
It was the year nineteen fifty-four. She left the second in the afternoon. Calesero masterfully bullfighted, located the bolero and gave him the death of “Bell Bell”.
Kid —he told him— Either I go out on the shoulders or I go out dead! Today you will see something that you will never forget!
That afternoon, bull and bullfighter arrived on time for their appointment with history. With his bullfighting magic, Alfonso Ramírez, he stopped the fans of the largest bullring in the world.
When the bullfighter triumphantly circled the ring several times, before a crowd at his feet, he stopped in front of the shoe shiner, retrieved his bullfighter’s cap, bowed his head and shouted: “Servado, lad!”.

Inside the montera there was a piece of paper, where you could read: OK For all the free bowling you need. There will be no footwear that shines brighter than yours, sir horseman, figure of bullfighting, “Pay is to reciprocate”. I do not add more, to a story that frames a different time than the one we live in, in memory of one of the most recognized artists in the art of bullfighting. And on Sunday, March 27, 2022, there were several celebrations.

On Guadalajarastood out with a trophy Diego Sanchezvery determined, Juan Pablo Sanchez with the bulls deep well and according to local chronicles, Luis David although, he turned the ring, it was not his afternoon, since he did it between protests of the conclave. In the heifer selection, in Aguascalientes with steers of El Greco and Big door, Diego Prieto won two trophies and was the one who took the cat to the water, in bullfighting selection and in Tulathe matador Salvador Lopez managed to triumph alone, against three bulls of Huichapanon the tenth anniversary of his alternative.

while in Tijuana, Anthony Ferrera won a trophy, alternating with Leo Valdez and The Gaulbefore horns of San Miguel de Mimiahuapam. And I close with the news that, next Thursday the 31st at the farmhouse, Saltpeter charity festival will be heldthe bullfight wears blue” organized by Gerardo Gayapresident of the foundation, in favor of alleviating autism and precisely, the great bullfighter and son of whom occupies a large space in this story; Jose Antonio Ramirez Captainwill act with the bullfighters on horseback, Joseph and Javi Funtanet walking; Ferrera, the buggy, Diego Silvatti and the fan Duck Ponswith steers from different herds, good luck to all and it can already be seen Texcoco and AguascalientesI’m telling you.

The Nobel Prize for Bullfighting