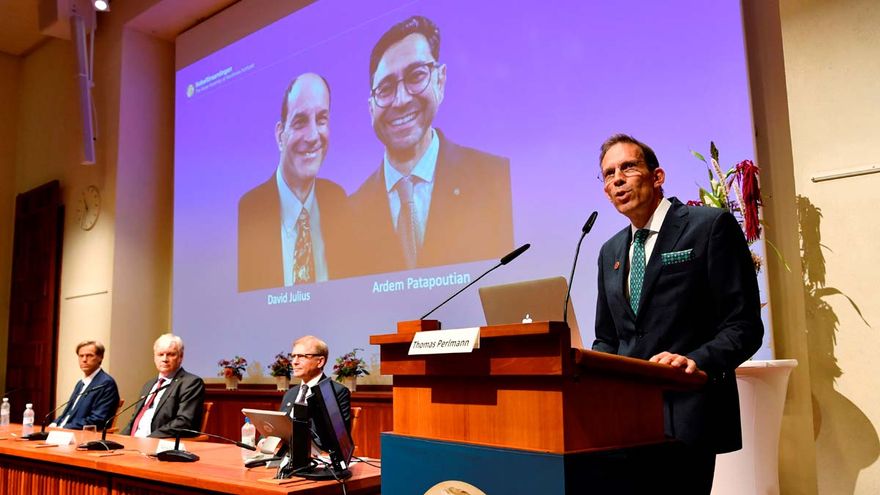 On October 4, the winners of the Nobel Laureates in Medicine and Physiology and among them was not the Hungarian-American biochemist Katalin Karikó, the inventor of messenger RNA vaccines (which have played a decisive role in the prevention of Covid). The 2021 Nobel Prize has been awarded to David julius, professor at the University of California, and Ardem Patapoutian, a researcher at the Scripps Institute, La Jolla, California, “for his discovery of the temperature and touch receptors, which have made it possible to understand how heat, cold and pressure can generate nerve impulses that allow us to perceive the world around us and adapt to it “.

In 1967 the Nobel Prize was awarded to scientists who deciphered the vision mechanism and in 2004 those who identified the smell. Unlike these senses, which are located in specific parts of the body, the molecular bases of pain and pressure had not been identified, among other things because they are present throughout the body, especially in the skin, but also in internal organs . This knowledge is of vital importance for its applications in pain management. We have to be aware that, although we perceive it as a source of suffering, feeling pain is one of the most important survival mechanisms, because it warns us when our body is suffering damage – something very hot destroys our tissues, an infection that causes inflammation can kill us, a bone has been broken, etc. – so that we can remedy it. Therefore, people who do not feel pain have a very short life expectancy.

But what is the relationship between chilli peppers with this Nobel Prize? These small peppers, common in the gastronomy of tropical countries such as Mexico or India, have capsaicin, a molecule that causes a sensation of heat and burning on the palate. The team led by researcher Julius, who received the 2010 Prince of Asturias Award for Research, used capsaicin to identify the heat-sensitive receptor, called TRPV1, because this receptor is also activated by this molecule. In the skin there are many of these receptors, which in the event of a heat or capsaicin stimulus, generate a nerve impulse that goes to our brain, which warns us that an area of ​​our body is in contact with something very hot, or of that we do not continue eating spicy. Julius and his team identified one of the mechanisms of pain, because spicy is not a type of flavor, but a kind of pain.

For its part, the Ardem Patapoutian team described for the first time two receivers capable of sensing pressure, which he named Piezo1 and Piezo2. Following these discoveries, it became clear that el Piezo2 is essential for the sense of touch and has a fundamental role in detecting the position and movement of the body, known as proprioception. Both receptors regulate other vital physiological processes, such as blood pressure, respiration or urinary bladder control. Additionally, the Julius and Patapoutian teams, working independently, identified the TRPM8 receptor that is activated by cold, using menthol.

The operation of these receivers, which are a kind of gates, is a complex process that involves the passage of ions through the membrane that covers the cell. For example, the TRPV1 receptor opens when capsaicin comes into contact with it and, as a result of ion transfer, emits an electrical signal that reaches the brain. When excessive heat is applied a similar process takes place.

That practical application has what we know of capsaicin? What if we take a bite of a Padrón pepper that stings, there’s no use drinking water, because capsaicin is insoluble in it; however, it is very useful drink milk because casein (the protein in milk) surrounds it and deactivates it. And when we need to go to the bathroom, let us remember that we understand the cause of our urgency because a person that some would have described as ‘ore’, since in his youth left his native Lebanon devastated by the war, had an opportunity to prove his worth in your adopted country.

The Nobel Prize for chilli peppers, by Adela Muñoz Páez