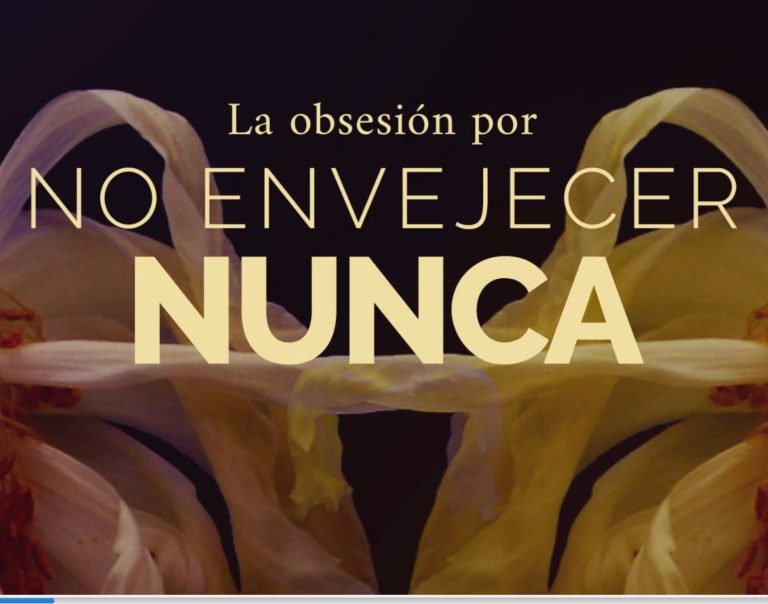 Millions of dollars are being spent in this market, and there are tech heavyweights getting into the business.

Creams to delay or reverse the appearance of wrinkles on the face, inks to hide gray hair and formulas with promises of almost miraculous results to eradicate the imperfections that any human being faces in the face of the inevitable: the passage of time.

The fact is already known, millions and millions of dollars are spent daily in the cosmetic industry. But, what would happen if instead of applying all these products, the passage of time could be biologically slowed down or reversed?

The idea seems to be taken from an ancient legend in which a pirate follows a map and finds the famous fountain with the water of youth, but the truth is that there are laboratories that are already working on this idea.

This was published by the British newspaper The Guardian in an extensive article detailing the main advances in rejuvenation technology to which Silicon Valley millionaires, such as Jeff Bezos or Peter Thiel, are already investing fortunes.

A clear example is what is happening with Altos Labs, a company that has already raised US$ 3,000 million in investment funds and has among its ranks scientists recognized by the Nobel Prize. Its goal is to rejuvenate human cells, not with a view to immortality, as some reports claim, but to avoid the diseases of old age that inexorably diminish the quality of life or lead directly to death.

“This is not about developing the first 1,000-year-old human; it is about ensuring that old age is enjoyed and not suffered. Who wants to extend life expectancy if all that means another 30 years of poor health?

In this sense, there are several lines of work depending on the company you sign up for. There is one, for example, that investigates what happens when old human skin cells are “reprogrammed” to turn adult cells into stem cells. Other research has financial backing from Google and its goal is to map the aging process to understand it and thus extend healthy life, but has not yet produced any commercial products.

Another approach that has attracted private funders is aimed at removing spent cells from the body. Although this initiative still has many medical problems to solve.

When asked why there are big businessmen involved in these issues, Professor Lorna Harries, molecular geneticist at the University of Exeter Medical School, has a hypothesis to venture: “There is nothing like increasing the age to make you aware of your own mortality. I think the need to extend your life as long as possible is behind a lot of this. But I’m glad that millionaires are investing their money in something that I think will have very tangible benefits in the future. If you’re really serious about bringing things to the clinic, this is not something we can do with academic grants.”

The obsession with never getting old: Tech entrepreneurs invest millions in science that seeks to reverse the passage of time