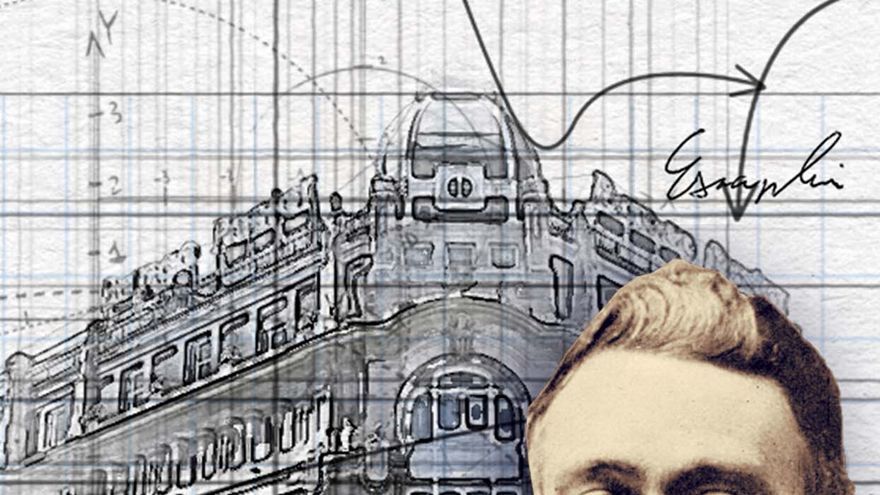 A year after Banco Santander closed its office of the modernist Casa Acuña Soaje, the company chaired by Ana Botín is on its way to drastically reconverting the singular building: the childhood residence of Nobel Prize winner for literature Camilo José Cela for five years. The centenary building, born in 1897 in what was the first work of the architect Michel Pacewicz in Vigo, will become a hotel in approximately two years. At that time it is expected that the works, which have not yet started, will have been completed.

The emblematic construction, which has some 4,000 square meters located at the privileged number 23 of Policarpo Sanz street, is being transformed by RetailCo, a 100% subsidiary of the Cantabrian multinational and a real estate vehicle through which it seeks to “add value” to all those branches and facilities that are not currently being using.

This is confirmed by sources from the aforementioned company, explaining to FARO that the former headquarters of Banco de Galicia in the city of Olívica (and also of Banco Popular) will soon be a “hotel structure”. “It is expected that the administrative procedures and the works will require a period of approximately two years”, they highlight. The project is in an “incipient” phase and during this transition the façade will be respected.

At the moment, with the construction plans underway and the pending administrative procedures, there are still many details pending to come to light: such as how many rooms the future establishment will host, the different services it will have, or the number of jobs that will create. RetailCo is working on all these unknowns hand in hand with the consultants CBRE and Cushman & Wakefield.

View of the building that will now be transformed into a hotel Marta G. Brea

The potential of the aforementioned project, which will be carried out in the surroundings of Porta do Sol –Elduayen, Casco Vello, Príncipe, Policarpo Sanz, Carral or Doutor Cadaval–, where the real estate market continues to expand. As a catalyst, the pedestrianization of the area, which will undoubtedly boost tourism in Vigo’s kilometer zero with approximately 8,000 square meters that will exchange traffic through the gardens and terraces.

The creation of a new hotel in the aforementioned area will be configured as an attractive jewel when it comes to lodging for travelers who decide to visit the Olívica city, as it will be positioned as one of the best-located businesses in its sector in the city. Thus, it will compete with other great flagships such as the Sercotel Bahía de Vigo, the Gran Hotel Nagari, the NH Collection Vigo or the AC Hotel by Marriott Palacio Universalwhich also enjoy a strategic position in the center.

Casa Acuña Soaje is one of the three unique buildings throughout the country that Santander will transform into hotels. It will be accompanied by the former headquarters of Banco Popular in Seville and the former summer residence of Banesto in Cercedilla, in the Sierra de Madrid. Once finished, the most feasible way is for a hotel chain to take over its operation. Along these lines, the plan is expected to generate interest and achieve this participation.

In the eyes of César Sánchez-Ballesteros, president of Hospitality of Pontevedra (Feprohos) and Hospedaje Province of Pontevedra (Asehospo), the new life that will be given to this property represents a challenge for the hotel establishments already present. “It is evident that hotels do not like hotel capacity to expand,” he explains, pointing out that as there is more supply, the existing demand will be distributed. However, he admits that at the moment they are more concerned with housing for tourist use, which can be increased “without limit”.

On the other hand, the also owner of the Sercotel Bahía de Vigo acknowledges that the new competition is “good news” for the city of Olívica. In his opinion, it is favorable for the town that projects like this arise, whose objective lies in making “quality buildings” available to travellers. “That is much better than having it closed,” he admits, emphasizing that given its location, the characteristics of the building and the company behind its conversion, it is likely that the establishment will have at least four stars.

The first work of Pacewicz and house of Camilo José Cela

The former headquarters of Banco de Galicia in Vigo has a substantial history and architecture worthy of a unique building. The centenary property, which today has 125 years behind it, had as its first tenant and owner Joaquín Acuña Soaje, a pharmacist from Cangas (Pontevedra) who – everything seems to indicate – would have approached the promotion with capital from a great American heritage. . This can be extracted from the book Pacewicz, architect from Vigo by also an architect José Antonio Martín Curty. Speaking to this newspaper, he recalls two key elements in the passage of time in this building: on the one hand, that “it was not as it is now.” “The building was altered quite a bit,” he says in the first place, emphasizing that this happened in the middle of the 20th century, well after its creation. In the same way, it emphasizes that Michel Pacewic himself lived in it – in charge of the design of the structure in which it was his first architectural work in the Olívica city – and also the emblematic writer and Nobel Prize winner, Camilo José Cela. There, the author of La familia de Pascual Duarte (1942), Viaje a la Alcarria (1948) or La Colmena (1951), spent his childhood between 1921 and 1925.

The old Banco de Galicia will be a hotel