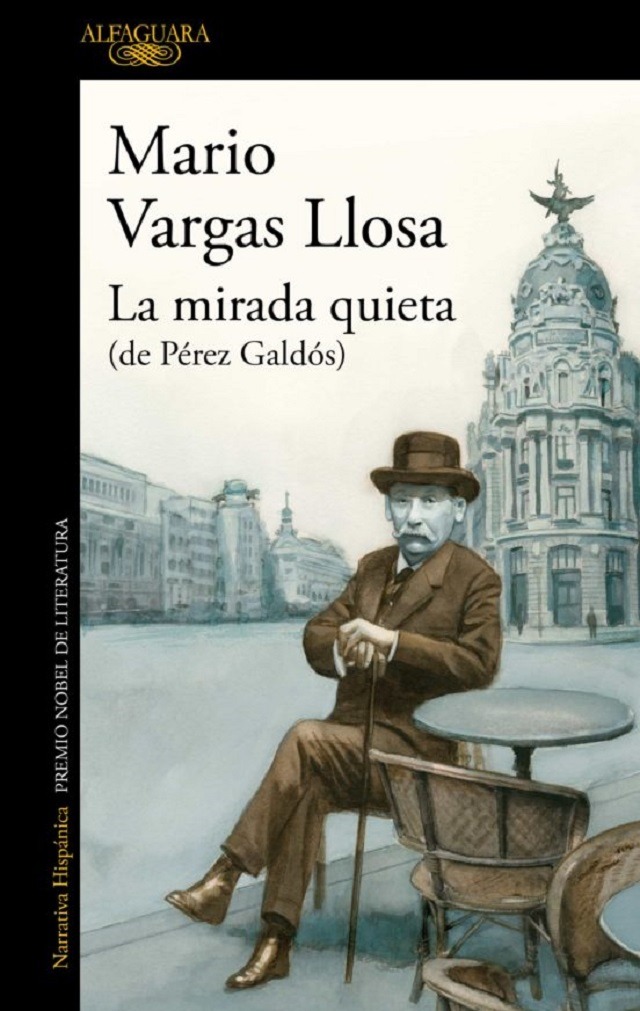 ERP. Conservative vehemence lined up all its pamphleteering artillery to prevent the 1912 Nobel Prize for Literature from being awarded to the liberal writer and playwright Benito Pérez Galdós. In 1904, the Nobel Prize was awarded to José Echegaray (1832-1916) and the Provençal poet Fréderic Mistral. So the criticism was not aggressive or fierce. Today Pérez Galdós continues to be a pioneer of realism. And his books are still being read. Nobody remembers Echegaray.

The still gaze (by Pérez Galdós), the recent book by Mario Vargas Llosa, edited by Alfaguara, 212 pp. It is a deep analysis, after a punctual and erudite critical reading of the narrative and theatrical production of Pérez Galdós, considered an essential author of contemporary Spanish literature. No one beats her “dedication, inventiveness, commitment and literary fluency”. His works exceed a hundred.

Pérez Galdós was born in Las Palmas de Gran Canaria on May 10, 1843 and died in Madrid on January 4, 1920. Critics define him as a man: cordial, liberal, secular and politically a republican friend of conservatives and progressives. He died poor and broke. Blindness prevented him from writing, forcing him to dictate his texts with the increasing difficulties of physical exhaustion and grief. At 76 years old, he lived in a hotel room of his nephew, alone and sick. His biographers refer that at the age of 76, a year before his death, he allowed a sculpture to be erected for him in the Retiro Park. Don Benito, already blind, asked to be lifted up to caress the work with his hands and wept with emotion.

Vargas Llosa writes: “Pérez Galdós did what Balzac, Zola and Dickens did in their respective nations: tell the history and social reality of their country. With Episodes of him he was in line with those, turning the lived past into literary matter, making available to the general public a quiet but entertaining version, well written with live characters and solvent documentation, of a decisive century of Spanish history.”. Pérez Galdós marks a milestone with the emergence of the realist novel in Spain during the second half of the 19th century,

Pérez Galdós used the journalistic method to obtain information. He wrote everything down and scrutinized details resulting from perceptive observation. In 1862 he wrote in the newspapers La Nación and El Debate. In 1886 he is Deputy for Guayama (Puerto Rico) in the Cortes. In the legislatures of 1907 and 1910 he was a deputy to the Cortes for Madrid for the Republican Socialist Conjunction to which he had joined. In parliament he was characterized by his sobriety. He spoke little but listened a lot. In the accurate opinion.

A confirmed bachelor, he maintained stable relationships with several women: Lorenza Cobián González, the young actress Concepción Morell Nicolau, Teodosia Gandarias. But the love of his life was the writer Emilia Pardo Bazán, passionate, intelligent, impulsive and hard-working. Dona Emilia greatly admired him. From this solicit admiration arose the passion, ardent, excessive, intimate and reciprocated by a lustful little devil. She sent him 93 intense love letters, he wrote only one of them, but she reached the core of his soul and shook his heart. In all of them, Doña Emilia pampered him with phrases like these: “I always loved”, “my little soul”, “my little one”, “monin” or “panfilo de mi corazón”. Doña Emilia’s furtive infidelities affected her enormously as a result of this agonizing trance were her inseparable novels: (1889) La Incógnita y Realidad. The first in the form of letters and the second as a theatrical script.

From 1897 he was academic of the Language. Prolific writer compared to Cervantes. He was also editor of his work. He owes the phrase: “The more books I sell, the less money I make. I’m going to be the only publisher who’s gone broke selling too many editions.” He never lost his sense of humor though. In 1914, at the initiative of José Echegaray, Jacinto Benavente and personalities of the nobility, the National Board of Tribute to Pérez Galdós was created, which sought to raise funds to assist the writer. This same year he won the deputation for Las Palmas de la Gran Canaria. His proverbial poverty was maintained until the end of his days on January 4, 1920. His funeral the next day was massive. According to the press, 30 thousand souls accompanied him to the Almudena cemetery in Madrid.

As a writer, he penetrated the dichotomies of social hypocrisy, confronting appearance with reality. Many of his texts have an ideological support product of the clash of strict, narrow and sectarian Catholicism with the spontaneity of genuine faith. Conservatism with the liberal spirit. Vargas Llosa warns, he put morality above politics, distinguishing what is tolerable from what is intolerable. In everything he writes he strives to be impartial. He was despite his regrets a decent and serene man. Pérez Galdós was the owner of a calm and objective gaze, which immobilized everything he wanted to narrate as an attribute of fidelity to what was narrated.

In his texts he is outlined as a crinographic expert observer in the description of eyes, mouths, ears that he turns into a mirror of the psychology, temperament and personality of his characters. Gestures, clothing, settings and landscapes do not escape. According to critics, Pérez Galdós was very skillful in making them die and capturing sadness and pain. One of his episodes titled Los Ayacuchos refers to the last battle of Independence, in the Pampa de la Quinua, with which the freedom of America was sealed. Another episode that he refers to is the battle of May 2, 1866, in which the Peruvian minister of war and hero of the war, José Gálvez, died. This book of essays and criticism by Vargas Llosa reaffirms that reading well is an unbeatable method for learning to write well. The booksellers friends of the market placed in my hands this delicious text that is worth reading.

Newspaper The Regional of Piura

The quiet gaze (by Pérez Galdós), the recent book by Mario Vargas Llosa