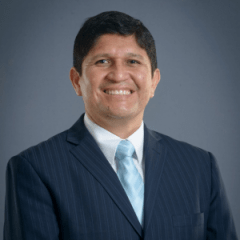 Some countries in the world have reduced investment in research and development, compared to others considered leaders in economic development and who have understood that the only way to maintain that supremacy is to allocate a large percentage of their resources to this area. Thus, the elite countries belonging to the Organization for Economic Co-operation and Development (OECD) spend an average of 2.5% of their gross domestic product (GDP) on research and development compared to Latin American countries that, on average, invest only 0.56% of their GDP in this area. If we analyze in particular the investment in this area by country, we have that the US allocates 3.45% of its GDP; China, 2.40%; Brazil, 1.21%; Chile, 0.34%; Colombia, 0.29% and Peru, only 0.17%.

The efforts made in Peru are still meager, above all due to the lack of economic resources from the State. However, there are also other problems such as the lack of clear policies that promote private sector investment in research and development projects. Private companies may have strategic allies in universities, where they could sponsor research projects that are not only purely academic, but also applied. These projects could not only benefit them directly, but would also finance a much-needed research ecosystem to support national economic development.

Another essential element of research is the scientist who decides, of his own free will and vocation, to dedicate himself to this work which, although it is not always the most lucrative at a professional level, allows him to enjoy other satisfactions such as contributing to the generation of knowledge, whose ultimate purpose should help solve problems of organizations and society.

In the aforementioned interview, Brenner states that a good scientist needs to have two different personalities. On the one hand, he must be open, creative, constantly question things and have ideas. For another, he must be able to get the job done and go straight through walls, if necessary, to get where he wants to go. The Nobel Prize recommends that young researchers enjoy their independence and have self-confidence.

Peru is a country with great potential to develop and become a world leader in certain economic sectors, such as agribusiness and mining. It is in the process of consolidating itself as a top-level tourist and gastronomic destination in Latin America. Research that accompanies this development could lead us to obtain even better results in the medium and long term, but it is necessary for the State, private companies, universities and society as a whole to understand that a nation that does not invest in research and development seriously compromises Her future.

In order to enhance the knowledge of the country’s academic community regarding research, it is worth mentioning that ESAN University, through its Research Vice-rectorate, will offer free training talks during Research Week, which will take place from 15 to November 18th. The event will bring together national and international experts, who will give 11 training talks, of which 9 will be virtual, free and freely accessible to the general public.

NOTE: “Neither GRUPORPP nor its directors, shareholders, legal representatives, managers and/or employees will be responsible under any circumstances for the statements, comments or opinions expressed in this column, the author of the same being solely responsible”.

The role of research in the development of Peru