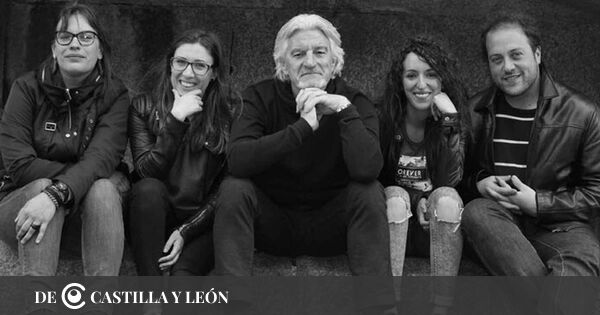 The Lyceum Theater will host this Wednesday the world premiere of the play ‘The Just’ by Albert Camus, assembly carried out by the Salamanca Company Eton Theater and led by Angel Gonzalez Quesada.

Premiered in 1949, and staged for the first time by Etón Teatro in 1981, ‘Los Justos’ dramatically develops, in the historical setting of Czarist Russia, some of the themes that obsessed Albert Camus throughout his life and that he goes through as common thread throughout his work. A group of revolutionaries, planning an attack against a high dignitary, has to face a very strong and unexpected moral problem.

The contrast between revolutionary idealism and fanaticism allows the 1957 Nobel Prize winner, through dialogues of great literary beauty and ideological density, in a dramatic and moving development, to unfold the complex dialectic of the end and the means, as well as to show the oppression and despotism objectively implicated in the use of subjectively justified revolutionary violence.

The tone and nature of Etón Teatro’s staging of this masterpiece by Camus focuses on the realism, intentionality and profound content that the author wanted to give to his text; emphasizing the time in which it takes place, without any temporary update.

Albert Camus (1913-1960) was a novelist, playwright, and essayist. Born into a modest French émigré family, he spent much of his early life in Algeria. He began his studies in Philosophy at the University of Algiers, which he was unable to complete because of the tuberculosis he suffered from. He formed a theater company in which he performed classic works, he also worked as a journalist in a newspaper in the Algerian capital, while traveling extensively in Europe. In 1939 he published Bodas, a set of articles that include numerous reflections inspired by his readings and travels.

He began to be known in 1942, when his short novel The Foreigner and the essay The Myth of Sisyphus were published, works that complement each other and reflect the influence that existentialism had on him. He served in World War II and was one of the founders of the underground newspaper Combat.

In 1947, his novel La peste, supposes a certain change in his thought: the idea of ​​solidarity and the capacity of human resistance in the face of the tragedy of living prevails over the notion of the absurd. He was awarded the 1957 Nobel Prize for Literature.

Etón is the oldest independent theater company in Salamanca. It was founded in 1980 by experienced members of other theater groups and has been working continuously ever since. In these years they have made a large number of theatrical productions for which they have been recognized and awarded in national and international competitions.

In addition to its stage work, Etón carries out informative, educational and pedagogical cultural activities in public and private institutions.

His productions include: The Just and The Misunderstanding, by Albert Camus; Pedro and the captain, by Mario Benedetti, Fedra, by Miguel de Unamuno, Sartreana and ¿Qué? by González Quesada, and Infratones, by Alfonso Vallejo, among many others.

In addition, he has carried out the assembly and representation of some institutional shows such as the Day of Salamancan Letters, 2004, 2005 and 2008 or Words: against gender violence. She has participated in the program “Vidas y Ficciones de la Ciudad de Salamanca” from 2005 to 2011 with the shows De Villena and de la Cueva; Cecé’s table; A certain Diaz; Say, Tormes, that I have been; Zacut’s sky; The last lesson of Vitoria; and The madman: Erasmus in Salamanca. And in the program “Salamanca Plazas y Patios”.

The new opportunity of this production, beyond moral reflection, is also justified by Etón Teatro’s desire to recover a memory of the history of the world and the human details that make it more understandable and exciting.

It celebrates its 42nd anniversary with a new and different montage of THE JUSTOS, a masterpiece by Albert Camus, whose plot remains absolutely topical in a world of changing values, which has not managed to overcome the permanent warp of clashes between fanaticism and reason , idealism and the possible, love and duty…