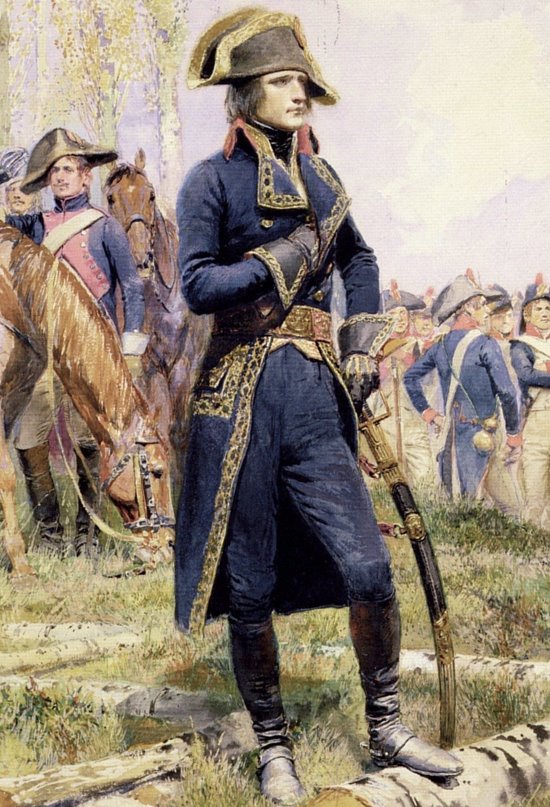 Today is a day in Zarate as the last professional game of Ricardo “Bocha” Bochini with the “Rojo” shirt is remembered, where he developed his entire career, speaking of soccer, ex-soccer player Juan Pablo Sorín was born, one of the best full-backs in the football of the 1990s. In the country, the General Constituent Assembly of the United Provinces of the Río de La Plata establishes May 25 as a civic holiday and the lawyer, diplomat and politician Carlos Saavedra Lamas dies, the first Latin American to win a Prize Nobel, the Peace of 1936 and contrary to the world Napoléon Bonaparte dies one of the most outstanding military statesmen in history. It is the International Day of the Midwife, who receives life as soon as it manifests.

1813 – MAY 25. The General Constituent Assembly of the United Provinces of the Río de La Plata establishes May 25 as a civic holiday in commemoration of the Revolution of 1810.

1818 – KARL MARX IS BORN. The German philosopher, economist and sociologist Karl Heinrich Marx was born in the city of Trier (Rhineland, Germany), one of the most influential intellectuals of the 19th century, author of the Manifesto of the Communist Party and “Capital”, a key work of communism. .

1821 – NAPOLEON BONAPARTE. At the age of 51, the French soldier and statesman Napoléon Bonaparte, who was emperor of France and king of Italy, died a prisoner in the town of Longwood on the British island of Saint Helena. He was one of the most outstanding military statesmen in history.

1943 – RAPHAEL IS BORN. The Spanish singer and actor Raphael (Miguel Rafael Martos Sánchez) was born in the municipality of Linares (Jaén, Spain), precursor of the romantic ballad in his country and Latin America. He is the author of successful songs such as “What does nobody know”, “En carne viva” and “Como yo te amo”. It has sold more than 50 million records.

1959 – CARLOS SAAVEDRA LAMAS. At the age of 80, the lawyer, diplomat and politician Carlos Saavedra Lamas dies in Buenos Aires, the first Latin American to win a Nobel Prize, the Peace Prize in 1936. He is the great-grandson of Colonel Cornelio Saavedra, president of the First Governing Board of the United Provinces of the Río de la Plata.

1971 – FLORENCE BONELLI. The writer Florencia Bonelli, author of more than 20 historical and romantic novels, was born in the city of Córdoba. Among her works, “Indias blanca” (2005), the trilogy “Caballo de fuego” and the Trilogy of Forgiveness stand out.

1976 – JUAN PABLO SORÍN. Former soccer player Juan Pablo Sorín was born in Buenos Aires, one of the best soccer wingers of the 1990s, who was part of the Argentine Under 20 team that won the 1995 World Cup and the Pan American Games that year.

1984 – BARCELONA VS ATHLETIC. A pitched battle breaks out between Barcelona players led by Diego Maradona and Athletic Bilbao in the final of the Spanish King’s Cup played at Real Madrid’s Bernabéu stadium before some 100,000 fans and with the assistance of King Juan Carlos I of Spain . The cup was in the hands of Athletic Bilbao, who won 1-0.

1988 – ADELE IS BORN. British singer-songwriter Adele (Adele Laurie Blue Adkins) is born in London. She has won more than 150 awards, including an Oscar and 15 Grammys. She has sold more than 50 million records.

1991 – RICARDO BOCHINI. The attacking midfielder Ricardo “Bocha” Bochini, idol of Independiente, plays his last professional match with the “Rojo” jersey, where he developed his entire career. It was in the 1-1 draw against Estudiantes de La Plata. “El Bocha” has the record for the longest stay in an Argentine club, he played 714 games in which he scored 108 goals and won 14 titles. With Argentina he won the World Cup in Mexico ’86.

2017 – MARIELA MUÑOZ DIES. At the age of 73, the Tucuman activist Mariela Muñoz, the first transsexual woman recognized by the State by giving her a female identity document, dies in the Buenos Aires city of Quilmes. Nicknamed “The Giant,” she was an active fighter for the rights of the gay and transgender communities.

2022 – DAY OF THE MIDWIFE. Since 1991, the International Day of the Midwife has been celebrated, instituted by the United Nations to highlight the important role they play in the health of mothers, children and their families.

The story to date: with the smell of Zárate the ephemeris of Thursday, May 5