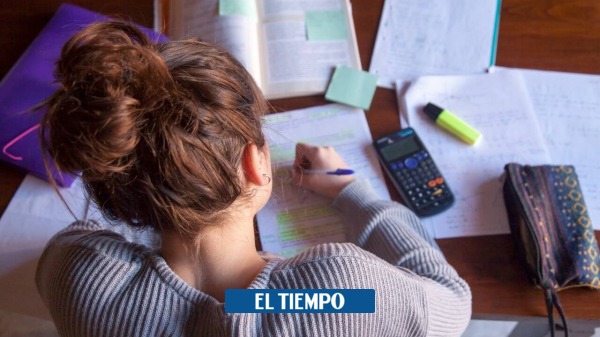 Surely it has happened to you that you have to study for a midterm, exam or quiz, decide to sit at your workplace, retain information for hours and in the end manage to present the evaluation. However, months later you may refer to the same topic and not remember anything you had memorized.

This can happen because you are applying the wrong study method that, instead of giving you the tools to really learn the subject, are only helping you to memorize it in the short term. The Feynman method promises accurate and rapid learning.

(Also read: The method that Bill Gates, Elon Musk and more tycoons use to learn).

Who is Richard Feynan?

Richard Feynman was an American physicist who became famous for his discoveries in quantum mechanics. The formulation of path integrals, the theory of quantum electrodynamics and the physics of helium superfluidity are some of his most recognized advances.

It was his work in quantum electrodynamics that led him to win the Nobel Prize in Physics at the age of 47, together with Julian Schwinger and Shin’ichirō Tomonaga in 1965.

(Also read: USA has postgraduate scholarships for teachers, how to apply?).

When your knowledge of something is based on complex explanations and terms taken from manuals, it is probably because you do not really understand it.

Feynman did not believe in memorizing terms. According to him, retaining exact information that was given by teachers or textbooks was not helpfulgiven that the objective of learning should be to understand the world from the perspective of each one.

“When your knowledge of something is based on complex explanations and terms taken from manuals, it is probably because you do not really understand it.s”, summarizes the American media ‘Business Insider’.

(Also read: ‘Unpaid professional practices are a form of exploitation’).

So you can apply the method to your life.

This is how it is born the Feyman Method, a technique designed to learn absolutely anything effectively and quickly.

The idea of ​​this technique is to make things simple enough for anyone to understand. During this process, the individual who applies it will be able to acquire a much deeper knowledge regarding the subject.

The success of the method is that, from a simple concept, knowledge gaps can be observed. Reason why it is easier to delve into these gradually.

To do this successfully, the scientist proposed four steps.

Choose the theme or concept

It is not just about applying this procedure to the exact sciences. The key word or subject from which it starts can belong to any field of knowledge.

To put it into practice, it is necessary to start from a blank page on which the key concept to be learned must be written, which must be clear and concise. Any questions you have on the subject should then be thoroughly investigated.

explain to a child

If a child understands you, they may have grasped the concept.

(Also read: Why do some people learn a language faster than others?).

To check if there is really effective learning, or if it was only believed that it had been understood, it is necessary to explain in one’s own words the whole concept and its variants to a child or to a person who is not an expert on the subject.

Then, with a new draft of notes in which all the information obtained must be rewritten, the topic will be presented aloud as if a class were being given.

The idea is to break down the topic into simple concepts to check if it is possible to explain the topic that was studied with examples and connections. With this it is easy to identify what has been understood and what is not yet very clear.

Back to study material

Read the material until you understand it.

Knowledge will only have been achieved once it is possible to explain the subject in simple terms. If some concepts still need to be clarified, it will be necessary to return to the study material used at the beginning to fill in the gaps.

You should try to explain it to yourself. If you still use confusing expressions or phrases straight from the book, it means that you still need to dig deeper. For this step, it is possible to use other materials such as icons, graphics, mental maps, cards, drawings, figures, among others.

This technique will allow knowledge to be retained better than when it is simply a matter of memorizingso the concept will not be forgotten once it has served a purpose, such as an exam or test.

The operation of this method is cyclical, so in this step it is necessary to check if the concept was lodged in the brain. For this reason, you should explain again to a person what you want to understand.

(Also read: Icetex: what you need to know to apply for a loan).

this explanation It will conclude when the student can formulate simple and clear sentences without resorting to memory.. With this, learning will not be momentary but will last forever.

It is vitally important to remember that the Feynman Method does not work if the learner is not honest with himself. The same chemist said that “the first principle is that you must not deceive yourself, and you are the person who is most easily deceived.”

Irish companies that are hiring people who speak Spanish

How much do professional cards cost in 2022

Benefits of coffee in memory; Harvard expert tells the details

The curious origin of Resusci Anne, the most kissed woman in history

This was the last day of the dinosaurs on earth, according to a study

The trick of a Nobel Prize winner to learn anything faster