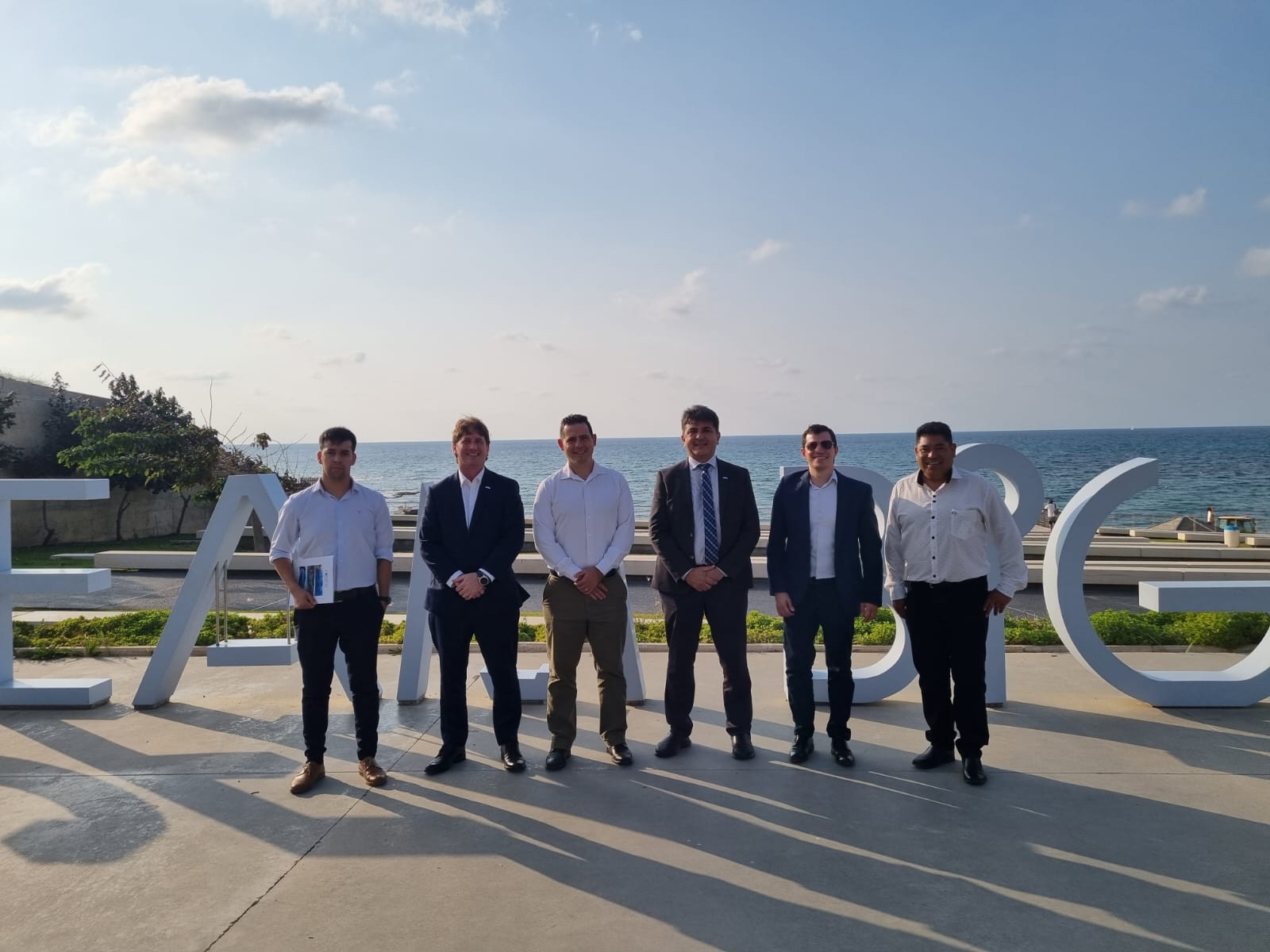 Within the framework of the mission carried out by representatives of the Government of Tucumán and the indigenous communities of the Calchaquí Valleys in the State of Israel, the Tucumán delegation visited leading companies and organizations in new technologies and business models.

The Tucumán delegation held a meeting with León Boston, CEO of the company Mobile ODT. It is the only firm to bring the power of Artificial Intelligence (AI) to cervical cancer detection, while supporting the World Health Organization’s strategic mission to eliminate cervical cancer by 2050.

Boston spoke with the Tucumán authorities about the global problem represented by the mortality of women due to cervical cancer. Every year more than 300 thousand women die in the world because of this disease. The specialist explained that this is due to the lack of access to health and early detection of this type of cancer.

Regarding the technologies they use, he explained that the “Eva” system is a device designed to provide doctors with excellent medical-grade images to help visualization and diagnosis. This improves the experience of both the doctor and the patient in the treatment process.

This technology is also cutting edge in sexual assault testing. The device makes it possible to document injuries caused by assaults and sexual violations, seeking to be as least invasive as possible for the patient. It is a secure and easy-to-use forensic documentation system for quick examinations.

For his part, Secretary Fernández thanked Boston for the reception and expressed his hope that these technologies reach Tucumán and are incorporated into the sexual and reproductive health campaigns carried out by the province’s Ministry of Health.

The agenda in Israel included a visit to TÄCHLES Technologies, a leading Israeli innovation and technology firm for agricultural industries. They were received by Matias Schvartz, Co-founder and President.

The company’s founders, Schvartz and Gerardo Tyszberowicz, are Argentinean, so one of their goals is to support Argentine companies to develop in Israel. During the meeting, they discussed the challenges that the planet presents in terms of food, and the importance of incorporating sustainable and sustainable agricultural processes in the face of the climate crisis. Biodiversity loss and soil destruction pose real threats to feeding future generations.

In this sense, they discussed the water technologies developed by the State of Israel due to the lack of water, aiming at the efficient use and administration of this resource. For that, we also work on educating citizens to take care of water reservoirs.

Schvartz referred to the importance of Argentina incorporating agricultural knowledge and technology to transition to a sustainable production model that is less harmful to the environment. For this reason, Secretary Fernández expressed his commitment to work with the Institute for Productive Development of Tucumán (IDEP) to develop a mapping of start-ups in Tucumán that can work together with TÄCHLES Technologies to incorporate technologies and added value.

Tour of the Shimon Peres Center

The Tucuman delegation visited the Peres Center for Peace and Innovation. Founded in 1996 by the late President of Israel, Shimon Peres, this institution develops and implements programs with a focus on promoting a prosperous Israel, encouraging and highlighting Israeli innovation.

Shimon Peres was a Statesman, Ninth President of the State of Israel, Prime Minister and Nobel Peace Prize laureate. He was one of the founding fathers of Israel. He worked tirelessly for decades to promote peaceful relations within Israel and between Israel and its neighbors, and led Israel to become a world power in technology and innovation.

Peres understood that no peace agreement between governments will really solve the conflict with Palestine unless it works from below, involving the people. Since the foundation of the Center, numerous activities of rapprochement and dialogue between Israelis and Palestinians have been carried out – and continue to be carried out.

The intention of creating the Center was to make a site where it can be shown that Israel is the “Startup Nation” and concentrate the explanation and presentation of the great achievements of the country and its entrepreneurs in various fields: health, environment, production , military protection and everyday life.

During the visit, the Tucuman delegation toured the Center’s innovative facilities and held a meeting with Nadav Tamir, Director of International and Government Relations.

The architecture of the building has cement and glass and symbolizes the diversity of the state of Israel that can combine innovations with the goal of peace. Various rooms of the Center show the technological innovations developed by Israelis throughout history, such as the ICQ software, the USB, the Xbox console and the heart stent.

The Tucuman delegation visited companies and the Shimon Peres Center