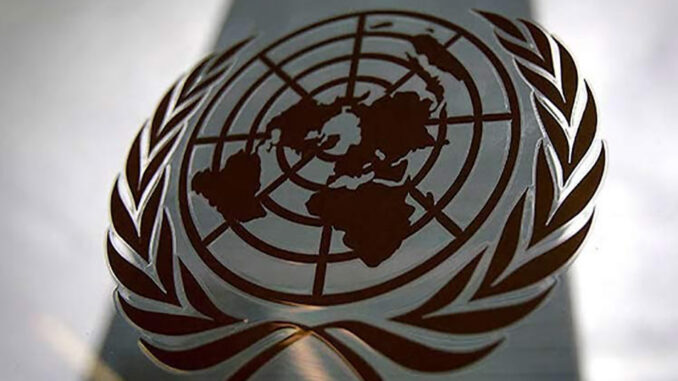 Havana-. The United Nations Correspondents Association (UNCA) considered the delay of the United States in the delivery of visas to journalists from Prensa Latina accredited to the UN inexplicable.

The president of the UNCA, Valeria Robecco, expressed by electronic means that she is surprised by the “inexplicable delay” in granting the visa to the current correspondents, who have been waiting for more than two years without receiving a response.

That Cuban news agency has had an office at the UN for many years, where several correspondents have alternated and I really hope that the situation is resolved as soon as possible, said the Italian journalist.

For the past two years, UNCA has contacted the United States Mission to the United Nations (known as USUN) to inquire about the status of visas for Ibis Frade and Ernesto Redonet.

The USUN initially stated that both were in an “administrative process,” but then stopped responding to emails sent by the UNCA president.

Since December 2019, Prensa Latina correspondents accredited to the UN have been in Havana waiting for their visas, for which they have already applied twice, because at the end of a year of filing the application, the process automatically expires.

The United Nations Media Accreditation and Liaison Unit (MALU) renewed the accreditation of the two Prensa Latina correspondents, despite not having their category I visas for Foreign Media Representatives, one of the requirements requested in that process.

Likewise, both MALU and UNCA expressed their intention to preserve the Prensa Latina office in the UN building.

The spokesman for the UN Secretary General, Stéphane Dujarric, said in September last year, just a few days before the start of the high-level segment of the General Assembly, that the secretariat was aware of the case of the Prensa Latina correspondents.

“I have been in contact with them and that is an issue, I think, that is being raised through the Host Country Committee,” he said.

Also, the spokesperson said, I think it is important that all journalists covered by the Host Country Agreement be able to be here physically if they can.

On repeated occasions, several member states of the UN, including Cuba, have denounced that the United States usually fails to comply with its obligations as the host country of the multilateral organization.

In this regard, they point out that the northern nation cannot continue to use that condition with impunity to selectively and arbitrarily apply the Headquarters Agreement based on its political agenda.

Just eight days after the transmission of its first dispatch on June 16, 1959, Prensa Latina opened an office in New York, which featured a pen as illustrious as that of the Colombian writer and journalist García Márquez, who received the Nobel Prize for Literature in 1982.

Due to the persecution to which its journalists were subjected, the office in New York closed and the Latin American news agency had to stay only at the United Nations headquarters in New York from 1969, limited to covering the activities of the organization multilateral.

Since 2019, Prensa Latina correspondents accredited to the United Nations have been unable to return to their office in New York due to obstacles in the delivery of their visa.

In a similar situation are the correspondents of Prensa Latina in Washington, who, when traveling to Cuba on vacation in 2019, did not receive a visa to return.