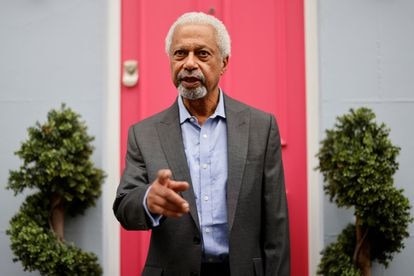 The list of the last ten winners of the Nobel Prize for Literature, which will be decided this Thursday, seems to reflect a desire in the Swedish Academy to represent the diversity of literature in its genres —rewarding, for example, reporting and the protest song— and in the origins of its authors —with writers from Eastern Europe, Africans and Chinese—; in addition to trying to adjust the historical disparity between men and women —the ratio is 16 out of 106, but of the last ten winners, four were women—. Despite everything, Western literature continues to prevail among the winners, as does English, the language in which five of the authors on this list write.

The appointment of Abdulrazak Gurnah (Zanzibar, 73 years old) led to his name appearing in dozens of newspaper headlines in which his name had never been written before. The Tanzanian author, based in Kent (United Kingdom), was quite unknown in Europe, although he was appreciated in the Anglo-Saxon world. His novels deal with the effects of colonialism in Africa and the difficult integration of refugees who, like him, went into exile for religious reasons. Paradisehis fourth novel, is one of the best known, since it was nominated for the Booker Prize in 1994.

Louise Glück (New York, 79 years old) was selected for the Nobel Prize “for her unmistakable poetic voice that with austere beauty makes individual existence universal.” The New York poet grew up in a suffocating family environment and was the victim of bullying, from which she took refuge in Greek mythology, the Bible and the creation of books that she herself illustrated. Austerity and autobiography are the fundamental traits of the author, who has published 12 books of poems and who treasures all the possible awards in her country: the Pulitzer for the wild iris (1992) National Book Award for Faithful and Virtuous Night (2014).

2019. Peter Handke (Austria), the most controversial

In 2019, a joint edition of the Nobel Prize for Literature was held in which two authors were awarded, since in 2018 it could not be organized due to several scandals of sexual abuse and leaks. Peter Handke (Griffen, 79 years old) is an Austrian thinker, essayist, novelist, poet, playwright and filmmaker. He is the author of books like unspeakable misfortunee, of plays such as insults to the public and wrote the screenplays for such famous Wim Wenders films as Sky over Berlin. However, his figure arouses controversy: his positions in favor of the role of the Serbs in the Balkan war, whom he considered victims, distanced him from the intellectual spheres. He also criticized the European Union’s role in that war and accused it of collusion.

Olga Tokarczuk (Sulechów, 60 years old) received in 2019 the award that corresponded to her the previous year. The Polish novelist, essayist and poet, she worked until the nineties as a psychologist in the south-west of Poland. In 1993 she made her debut with The journey of the book menbut fame came to him with his third novel, A place called yesteryear (nineteen ninety six). His work is, according to the Academy, an “excellent example of the new Polish literature after 1989″.

British writer Kazuo Ishiguro (Nagasaki, 67 years old) was born in Japan in 1954, but his parents moved to the United Kingdom when he was only five years old. In addition to writing novels that stand out for their emotional strength, he worked as a screenwriter for British television. Many of his books have been adapted into movies, such as the remains of the day (1989), the story about the impossible love between a butler and a housekeeper who serve a Nazi-sympathizing aristocrat, which James Ivory brought to the big screen. He has also explored other genres, such as dystopia in Never leave me (2005), or the fantasy set in Anglo-Saxon mythology in the buried giant (2015).

Perhaps the most controversial appointment on this list is that of the singer-songwriter folk Bob Dylan (Duluth, 81 years old), since he scandalized the world of lyrics, which did not expect that a musician, dedicated to the song-protest, was even among the possible candidates. The American was awarded for “having created a new poetic expression within the great American tradition of song.” Since the sixties, Dylan played in venues in Greenwich Village, the bohemian neighborhood of Manhattan, where he had contact with poets of the Beat Generation. But unlike the latter, Dylan filled his lyrics with political and protest messages that became hymns against racial violence or the war in Vietnam. Compositions like Blowin’ in the wind, Masters of War, The Times They Are a Changing either A Hard Rain’s a-Gonna Fall forged the hippie movement and the American counterculture.

Svetlana Aleksiévich (Stanislav, 74 years old) was the first Belarusian to receive the award, but the most novel thing about this appointment is that she was the first journalist to be awarded. The Nobel jury highlighted “her polyphonic writings of her” of her, which were “a monument to suffering and courage in our time.” Alexievich composes her reports from the oral memory of her protagonists, which she orders and organizes as a choir of beings marked by her experiences in the former USSR. Her last work The end of ‘Homo sovieticus’ (2013), is the chronicle of the traumatic effects of the disappearance of that empire. She is also the author of Voices from Chernobyl (1997) which has been adapted to the screen in the Netflix series Chernobyl, and that revolves around the nuclear disaster in that city. Her political position against the repression of the regime of Aleksandr Lukashenko, the Belarusian president, influenced by Vladimir Putin, made her leave her country in 2020 and go into exile in Berlin, after the Belarusian elections in which she supported the opposition Tijanóvskaya.

The novelist Patrick Modiano (Boulogne-Billancourt, 77 years old) was born in 1945, the result of a relationship between an Italian Jew and a Belgian actress, who met during the Nazi occupation of France during the Vichy regime. Precisely that period of time (1940-1944), which he himself called his “personal prehistory”, is the setting for most of his novels, among which are The occupation trilogy (The place of the star, The night watch and The ring walks), Dora Bruders, either In the cafe of lost youth. France is the country with the most winners of this award and Modiano is the fifteenth to receive it.

The Canadian short story writer (Wingham, 91 years old) received the award at the age of 82, precisely for “her mastery of the contemporary short story”, and she has even been dubbed the “Canadian Chekhov”. She has published numerous collections of short stories in which she explores the lives of women in rural Canada, the family relationships between mothers and children, and the link of the successors of early European immigrants to the land of the New World. your story Silence was adapted to the cinema by Pedro Almodóvar in the film julietfrom 2016.

Mo Yan (Gaomi, 67 years old) was the second Chinese writer to be awarded the Nobel Prize, after Gao Xingjian -an author known for writing in French and Chinese, and who had both nationalities-, who received it in 2000. a novelist who knows Western literature well, although the Chinese literary tradition is the basis of all his work. The author practices the genre of satire, which he mainly directs against the Chinese bureaucracy in his work. He is a declared admirer of the work of Gabriel García Márquez and this influence can be seen above all in the intervention of the magical and the fantastic in most of his novels, which mean that, together with his aforementioned use of humour, they are, due to their direct style and power of fascination, appreciated by a wide audience both of readers of his country and of Western culture.