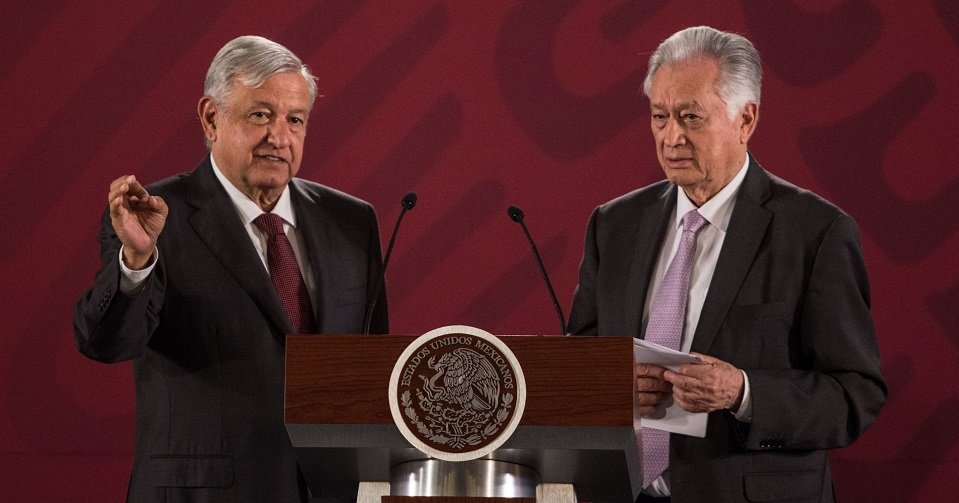 They did not declare it unconstitutional, in none of the articles that were discussed were the required 8 votes reached. However, in the long-awaited debate in the Supreme Court of Justice of the Nation (SCJN) neither was there an endorsement or majority support for the content of the Law of the Electricity Industry (LIE) that promoted and approved the government of Andrés Manuel López Obrador, in 2021.

In fact, the majority of the ministers expressed criticism towards essential points of the reformand in general to the narrative of the government in the electricity debate, pointing out at different times that it is detrimental to competition, and to the generation of energy with clean sources.

Although it was not declared unconstitutional, López Obrador’s LIE will continue to face the protections that have slowed its implementation, now taking into account arguments made by ministers this Thursday, April 7.

And in addition, the constitutional reform initiative will be awaited, the president’s other way to achieve his electricity goal of strengthening the CFE, although the opposition has advanced its rejection.

“It is to celebrate the decision of the ministers of @SCJN who voted to maintain constitutionality of the Law of the Electricity Industry of the president @lopezobrador_. History will judge those who betray the country and the interests of the people,” the spokesman for the presidency, Jesús Ramírez Cuevas, wrote on Twitter.

Other officials and supporters of the government also celebrated what happened, although, on the other hand, voices from environmentalists and NGOs criticized that keeping the LIE in force goes against the generation of clean energy. The US ambassador, Ken Salazar, anticipated endless litigation, and that the LIE continues to generate uncertainty and obstruct investment.

But, what was discussed and decided in the two days of debate in the Court? Here the detail:

The dispatch order is one of the key points of both the Electricity Industry Law and the Energy Reform proposed by López Obrador, which will be debated in Congress starting next week.

According to the model established in the 2013 reform, The energy generated by the power plants is injected into the network at a lower cost –normally renewable energies–, to then give way to the one with the highest generation cost, until demand is met. This, considering private generators and CFE generation.

But the modifications proposed by López Obrador seek to establish in advance a “dispatch order” in which the electricity from the CFE plants is always consumed first, regardless of whether it has a higher production cost.

This was the point of greatest debate in the plenary, on the LIE, since the majority of ministers considered that it affected the competitiveness established in the Constitution.

“I consider that the contested normative system imposes a barrier to competition and free competition required by the current constitutional text,” said Minister Luis María Aguilar.

For her part, Minister Margarita Ríos Farjat considered that it is not for the Court to decide on the Constitution, but rather to analyze its regulations, and stood against the dispatch system proposed in the LIE.

The President of the Court, Arturo Zaldívar, who spoke in favor of the LIEaccused that the Magna Carta does not include respect for the order of dispatch in the electricity market and affirmed that the competition is not “the ultimate goal or the only valid goal of the regulatory model”.

On this point, from the order of dispatch, one or two votes were missing so that the related articles and fractions (4, fraction VI, 26 and 101) were declared unconstitutional. That is, up to 7 of 11 ministers rejected the provisions of the LIE.

When the LIE was launched, its opponents described it as the “Fuel Oil Law” because they considered that the new dispatch order would favor CFE’s fossil fuel plants and that they would be eliminated Clean Energy Certificates.

In this sense, the president insists that his government has an environmental approach and criticizes that the CEL of the LIE excludes the Federal Commission, despite the fact that it also generates clean energy through its hydroelectric plants.

However, as we tell you in this other note, the stimulus was designed to promote new and clean plants, without distinguishing whether they are of public or private origin.

Minister Norma Piña stressed during Thursday’s debate that with “the change in the order of the office Priority is given to dispatching fossil fuels”, and considered that the LIE implies a regressive measure before the transition to a sustainable model in energy matters.

“The purchase of clean energy is always expressly relegated to a secondary place”he pointed out, referring to article 4 section VI, which also did not reach the necessary votes to be declared unconstitutional.

Regarding the CELs, indicated in article 126 section II, six ministers voted against expanding their beneficiaries, such as CFE, but likewise, it was dismissed as it did not reach a qualified majority.

“By proposing to give Clean Energy Certificates (CEL) to all CFE generators, regardless of their date of entry into operation, their usefulness to promote the technological transition towards cleaner energy sources is distorted”, anticipated on this point the organization Mexico Evaluate.

The figure of self-supply, on the other hand, has been criticized by López Obrador and, specifically, by the head of the CFE, Manuel Bartlett, who accuse the companies of creating “paper partners” to whom they sell energy and take advantage of a supposed subsidy to distribute energy.

On this, the Decree by which various provisions of the Law of the Electricity Industry are reformed and added, marked in the fourth transitory article that the self-supply permits “obtained in fraud of the law” must be revoked.

At this point, the vote favored the government narrative, since both transitional provisions were considered valid, according to the latest summary prepared by the secretariat of the Supreme Court of Justice of the Nation. This, considering that they do not transgress the principles of non-retroactivity and legal certainty.

“Legal uncertainty is generated for permit holders, by empowering the CRE to revoke self-supply permits,” considered the Mexican Institute for Competitiveness (IMCO).

Tension and confusion in the debate

The session on the LIE began on April 5 with a brief debate on whether Minister Loretta Ortiz Ahlf, who proposed declaring the law fully valid, could vote on the bill.

This is because as a legislator (in the period 2012-2015) she voted against the energy reform, promoted by then President Enrique Peña Nieto and the block headed by the PRI.

Given this situation, the majority of the ministers —eight— decided that it was not impeded, considering that the issues corresponding to the Chamber of Deputies are not the same as those raised in the challenges to the LIE.

The second moment of confusion occurred when, during the debate on the second point, the plenary realized that Minister Alfredo Gutiérrez Ortiz voted first for the validity of a rule and later for its invalidity, with the argument that he considered that the law did not violate competition. , but it did affect the environment.

If his disability had been counted, his vote would be the eighth, the one necessary to declare a rule unconstitutional. However, he considered that his vote should be kept separate, so the invalidity did not proceed.

In this regard, Gutiérrez Ortiz justified himself and referred to the way in which Minister Loretta Ortiz organized the project that was voted on, without dividing sections so that each article could be discussed individually.

“The SCJN ruled against Mexico’s competitiveness and environment,” said the IMCO.

What we do at Animal Politico requires professional journalists, teamwork, maintaining a dialogue with readers and something very important: independence. You can help us continue. Be part of the team. Subscribe to Political Animal, receive benefits and support free journalism.

They criticize environmental damage and competition, but SCJN votes are not enough to annul AMLO’s electricity law