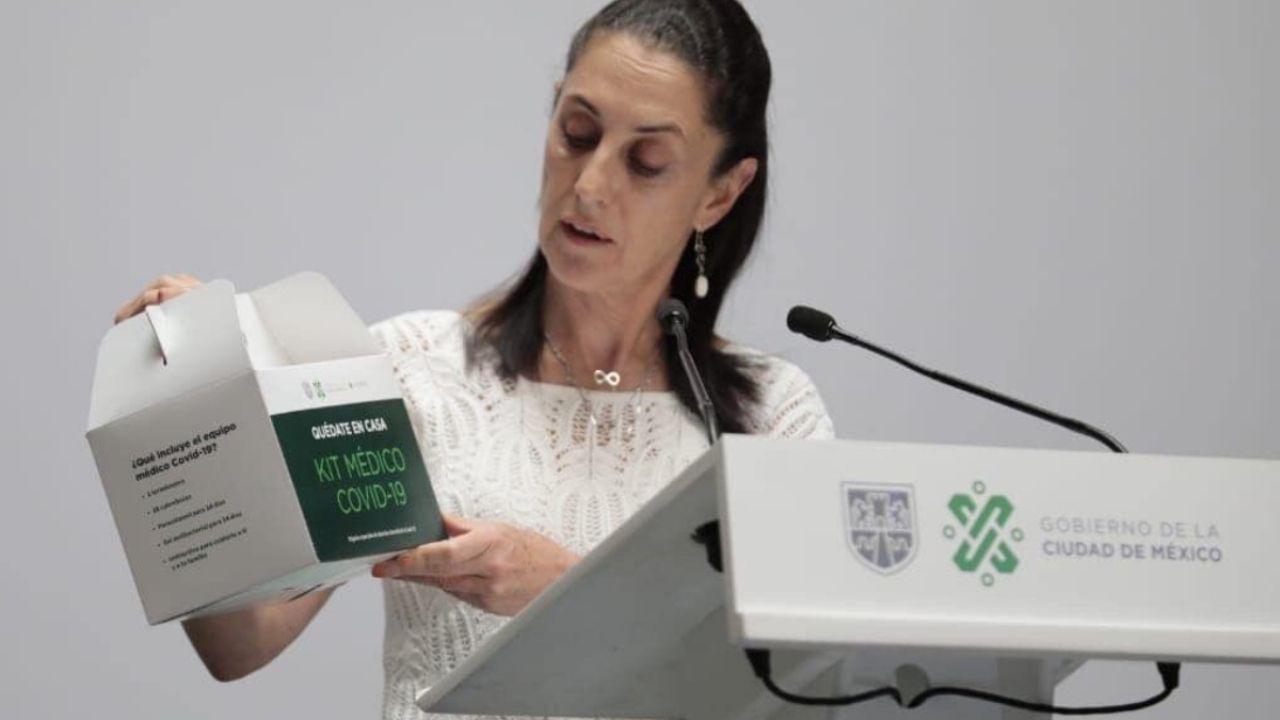 MEXICO CITY (proceso.com.mx).- The decision of the directors of the SocArXiv website to withdraw a report on the use of the drug Ivermectin to treat covid-19, carried out by the Government of Mexico City, generated this Saturday a confrontation between capital officials, doctors and scientists.

The study removed from the page is titled “Ivermectin and the probability of hospitalization for covid-19: Evidence from a quasi-experimental analysis based on a public intervention in Mexico City.”

It was carried out by the Ministry of Health of Mexico City, and is signed by José Merino, Eduardo Clark, Lila Petersen and Saúl Caballero, officials of the Public Innovation Agency (ADIP); by Oliva López, Secretary of Health of the CDMX, and by Víctor Hugo Borja, head of the IMSS Education and Research Unit.

The report was made with the conclusions obtained by the capital government after delivering medical kits to more than 50,000 people who tested positive for covid-19. These kits contained azothromycin, ivermectin and acetylsalicylic acid, drugs not recommended by the World Health Organization (WHO), nor by the Federal Commission for the Protection of Sanitary Risks (Cofepris) of the Mexican government.

The report was published on the SocArXiv page nine months ago. And on December 8, the director of the site, Philip N. Cohen, published a letter in which he points out that the document is misleading and of very poor quality.

Then, the professor of sociology at the University of California, Juan Pablo Pardo-Guerra, requested SocArXiv on Twitter to withdraw the document and prohibit its authors from publishing on the page again.

Among his arguments are that the paper is “deeply problematic and unethical,” and he accused the authors of unprofessionally recruiting experimental subjects without their consent or informing them.

Finally, on Friday, Philip N. Cohen reported that, after submitting the issue to the SocArXiv Steering Committee, it was decided to remove the report from the page because it was considered poor quality or deliberately false, misleading, and because it did not provide reliable or useful information.

They said they were disappointed that the document was so popular that it had 11,000 downloads, when the content could be harmful.

The sociologist said that removing a document from this free platform was an unprecedented action.

“You should be ashamed”, replies Pepe Merino

After the announcement that the report had been withdrawn, the director of the Digital Agency for Public Innovation (ADIP) of Mexico City, José Antonio Peña Merino, said that the decision was based on insinuations made on Twitter and not in a scientific debate.

“You should be ashamed and submit your resignation to publish in SocArXiv. Your behavior in this case has been so profoundly unscientific and unethical, contrary to the commitment to the construction of evidence associated with its publication,” the authors wrote in a letter to Philip N. Cohen.

They asked him, “What’s the motivation? Because it’s so obvious that in the United States the mere mention of ivermectin triggers a political frenzy that has been heavily tainted by tinfoil and anti-vaccine hat wearers and the pharmaceutical lobby.”

“How does that relate to the content of our work? In nothing. We find it extremely unethical, colonialist and authoritarian that, in the absence of a serious argument, you close a work based on policies and motivations derived from the current divisions in the United States, “they pointed out.

They asked him what he will do with the 148 studies, 97 pairs of articles reviewed, 78 with results that compare treatment with control groups and in support of the use of ivermectin that have been made from his study. She told him that he attached some to the end of her letter.

“What will you do with the robust evidence about the absence of side effects in medical dosing of ivermectin? What are you going to do with 2018 Nobel Prize in Medicine winner Tasaku Honjo’s plea for the proper scientific evaluation and use of ivermectin? How to defend his decision to simply close the evidence in an ongoing process of scientific conversations because he has found the subject inflammatory and uncomfortable? ”, They asked him.

Research was done with information from 2020: Sedesa

For its part, the Secretary of Health (Sedesa) of the CDMX government clarified that this research was carried out with the information available in 2020 worldwide and since then evidence and the absence of side effects have been generated; It is a drug approved in the country to treat parasites and other diseases, they replied.

“It was not an experiment as has been maliciously handled in some media,” he added.

He explained that, between December 2020 and January 2021, in the second wave of the covid-19 pandemic in Mexico City, there was an indiscriminate use of treatments by sick people; there were no vaccines and decisions were made with the available scientific information.

In the investigation carried out in 2020 by Sedesa and the IMSS, together with other experts led by Dr. Alejandro Javier Krolewiecki, it was determined that the moderate use of ivermectin in the early stages of contagion could be beneficial. He did not recommend self-medication.

“The drug was included in outpatient kits. The delivery was made at the covid-19 care kiosks by health personnel, with medical indications. No experiment was performed as some explanations have maliciously pointed out, ”he added.

It was documented that patients treated with this kit were 68% less likely to be admitted to hospital than those who did not take it.

“This study was kept on the SocArXiv portal for almost a year, it always had code and data available for replication and its conclusions are very similar to other works,” he stressed.

A mistake, accept the report: Cohen

In response to the letter sent to SocArXiv, its director, Phillip N. Cohen, insisted on Twitter that low-quality research is common, “but dosing hundreds of thousands of people without their consent with unproven drugs and ‘then’ putting bad research to justify it” is where, he said, his platform draws the line.

He acknowledged that they are not a journal nor do they do peer reviews. “We are an archive and we accept any type of research work. In this case we should not have accepted it because it was a medical study, which is outside our area, but we made a mistake,” he confessed nine months after its publication.