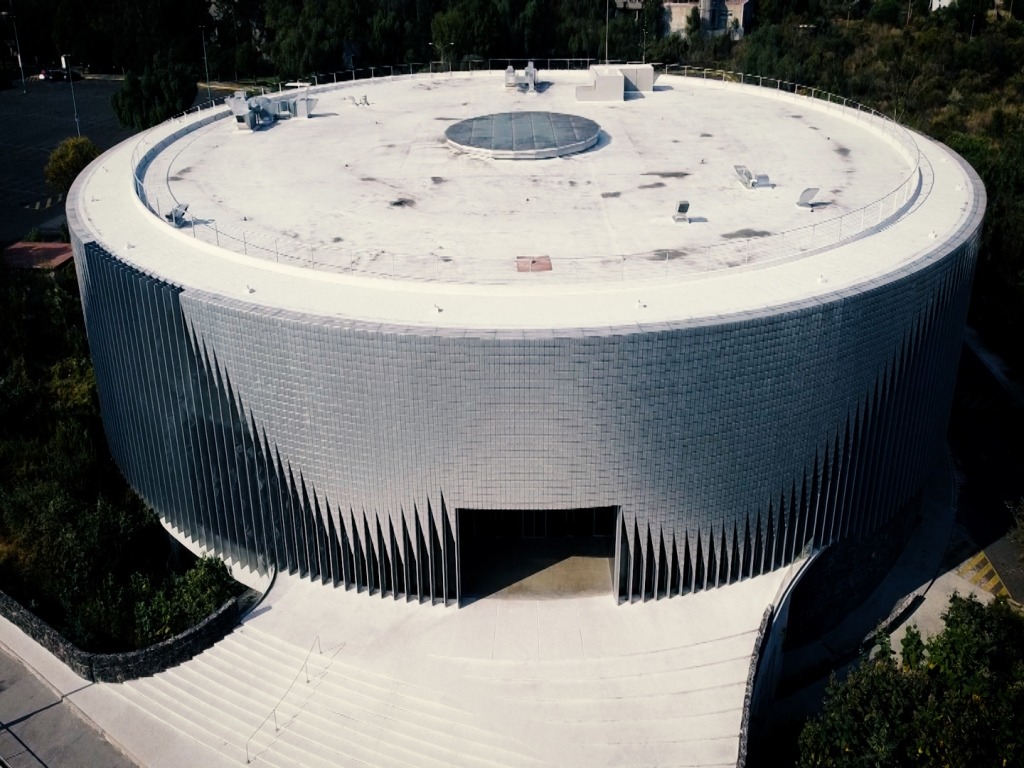 (CNN Spanish) — “Thinking like biologists”: that was the challenge of the architects who designed the new National Biodiversity Pavilion in Mexico City, explained to CNN Fernanda Ahumada, one of the professionals who participated in the project that now houses the “most important” collection ” of Latin America in terms of biodiversity.

The National Autonomous University of Mexico (UNAM) has this new museum in its cultural heritage, which was inaugurated last year and opened to the public a few months ago. The space, built thanks to a donation from the Carlos Slim Foundation, houses four of the main collections of the Institute of Biology, said Ahumada: those of birds, reptiles, amphibians and mammals.

Upon entering the museum, the first thing you come across is a circular plan with a staircase in the center. Its design, of course, is not accidental. “It is a spiral staircase that represents DNA, which is a molecule that contains all the genetic information of living beings from the smallest to the most complex,” Ahumada explained.

The design of the staircase reflects, according to his explanation, “the link where architecture meets biology”, because it allowed a complex idea like DNA to be conceptualized in “something as tangible and as everyday as a staircase and a circulation in a museum”.

How to reflect biodiversity on a facade

The façade, as well as the staircase, has a key meaning. It is made with dynamic 80 cm aluminum modules. “that allow the circular shape of the building to be respected” and to keep those spaces that cannot be illuminated —such as the auditorium or certain research areas— without light, said Ahumada.

But above all the façade is a reflection of the concept of biodiversity because it is changing. “It is a dynamic façade as is biodiversity and that responds to the climatic situation of each day,” explained Ahumada.

The dynamic façade is one of the outstanding features of the Biodiversity Pavilion.

The museum has three levels, which add up to a total of 12,000 square meters of exhibition and archive. The objective from the moment it was conceived is that the research and laboratory spaces “would not remain enclosed,” said Ahumada.

What they sought is that “part of the journey is to see inside the laboratories,” explained the architect. “Achieving this combination of two spaces that normally do not come together, that the research space, where all the content is created, is exposed to the outside, and that this link is formed that arouses interest in the visitor or in the student in know how a laboratory works? How do biologists work?”, he explained.

Another space that is of great benefit to students is the digital library located in the basement, a floor on which there is also an area for temporary exhibitions, since there young people have tools such as computers with Internet access to use and “that encourages the visitor to stay, investigate, participate”.

A very special ending with the name of Mario Molina

If the tour is completed in a guided way, it ends with a success story: that of Mario Molina.

The museum exhibits the medal of the Nobel Prize in Chemistry Mario Molina, who won the award in 1995 for his contribution to research on the role of certain gases in the ozone layer.

“It is an example of success that also allows the visitor or the student or the child who comes to the museum to see how it can be done, how a Mexican, a researcher, a university student achieved the highest prize and the highest recognition in science at a national level. worldwide,” explained Ahumada.

Thinking like biologists and designing like architects: this is how the National Biodiversity Pavilion of Mexico was built