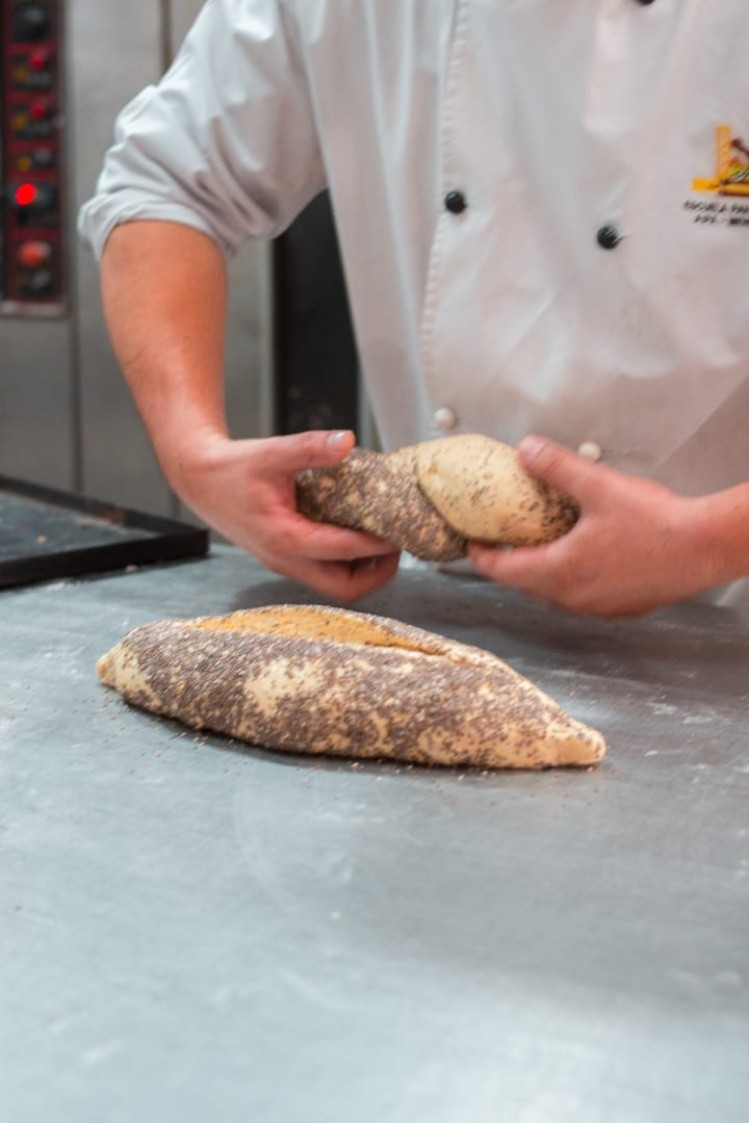 The same year that the first video game was created in the United States, that the International Monetary Fund (IMF) began operations, that India and Pakistan became independent from the United Kingdom. That in Argentina the female vote law was sanctioned and therefore, universal suffrage, that in Spain the Santiago Bernabéu Stadium was inaugurated. The year they were born from the singer-songwriter Víctor Heredia, to Linda Buck, an American scientist who won the Nobel Prize for Medicine in 2004, as well as the poet and novelist Paul Auster and Giuseppe Bertolucci, the Italian filmmaker and screenwriter. Or when the Spanish poet Manuel Machado, the godfather of the Italian mafia Al Capone, among many others, died.

That same year, more precisely on July 9, 1947, the married couple of José María Sansone and Celia Lanteri Cravetti founded the “La Reina” bakery, which was not only their great family business and provided for their family of 7 children, but also 75 years later, still standing but with an unparalleled seal in the quality of its preparations, it continues to delight San Juan residents with more than 150 signature bakery and pastry products.

The business in question was born in the Sansone house, which was located in the heart of Desamparados: more precisely in what was the old Cereceto street (today Ignacio de la Roza Avenue) and Florentino Ameghino. And since then he never left the neighborhood again. If he moved his address twice but always on the same block or, at most, on the opposite sidewalk, where he is today.

“At the beginning of the 1950s, our grandparents built a modern commercial space for the time that was next to the production area. Not only they but also all their children, in-laws and grandchildren worked there,” José María says. and Roberto Paulo, the third generation who, despite having their university degrees and exercising their own professions, continue with a legacy trade even before grandfather Sansone began to knead. It is that his great-grandfather and his brothers were already bakers.

So strong is the heritage of the original partners -the couple was in charge of the enterprise until 1983- that even today their recipe for invoices and sweet bread, for example, is repeated. Moreover, it is precisely this preparation that can only be obtained anywhere from the month of December, in this bakery -characterized for being one of the oldest in the province and one of the first to produce bread on a large scale and distribute its products in el Gran San Juan- can be consumed throughout the year, because they consider it one of the most requested delicacies by the clientele. So, they give them that taste.

In 2010, Mirtha (better known as Nena), one of the Sansone-Lanteri daughters, together with her husband Roberto and their children José María and Roberto Paulo, applying the shared experience and practice, wanted to continue with the family tradition and took the reins of “The Queen”. But at the same time they gave it a new imprint: they incorporated new modern pastry preparations, following the trends of gourmet gastronomy and thus it became a confectionery that is distinguished as the “place of all flavors”, just as they like it. call her Since then, in the place that opens every day of the year, except on December 25 and January 1, at Avenida Ignacio de la Roza 1337 west, there is a display of bread, bills and sweet bread but also decorated cakes, fine doughs , the traditional Polonés, Millefeuille, Cheescakes, chocolate and sandwiches.

From the dumplings to the rally
Many have been the people who have passed and continue to pass through this bakery and pastry shop. Including recognized characters from San Juan. In fact, between the ’50s and the ’70s, it was known as the “Vieytes Soap Factory”, alluding to the house where Hipólito Vieytes – who was a Patrician captain in the English Invasions – claimed to have his soap and candle factory but which in turn served as a secret meeting place for those who wanted to achieve an independent government, among others Nicolás Rodríguez Peña, Castelli, Belgrano, Chiclana, Paso, among many other patriots who saw their desire come true in the May Revolution.

“When Perón was banned by Peronism, many times, the bakery was the meeting place for many local politicians who dreamed of the return of democracy, even at the time of the military dictatorship. Meetings were held there with personalities renowned as Eloy Camus, who was a personal friend of the grandfather. They even say that once, from Spain called Perón, “the grandchildren recall.

They do not know for sure what decisions will have been made in those meetings. They are convinced that nobody left the place, hungry or without satisfying some sweet craving.