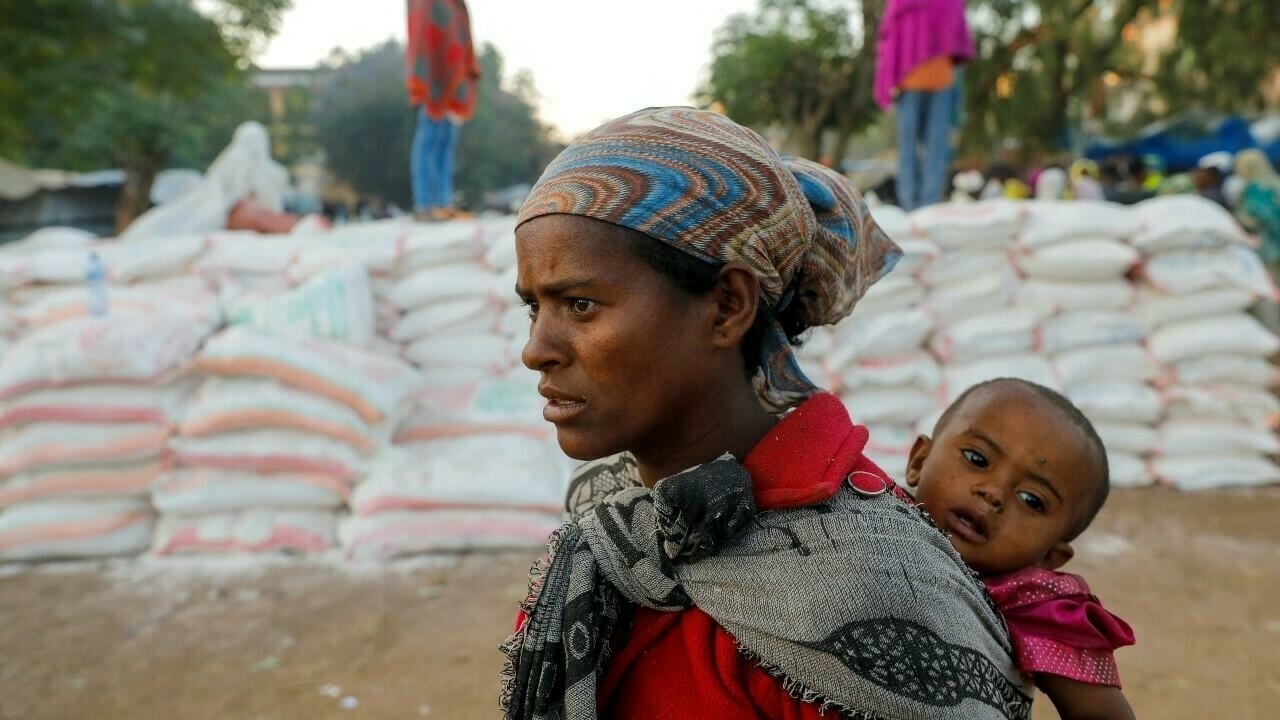 Nine million citizens urgently require food assistance, a record number since the start of the conflict in the Ethiopian region of Tigray, warned a report by the United Nations World Food Program (WFP). The NGOs continue to be unable to transport humanitarian aid, while the armed conflict in the area is on the rise.

After 15 months of conflict in Tigray, northern Ethiopia, a record number of people are on the brink of famine.

According to a report by the United Nations World Food Program (WFP) published on January 28, nine million people, that is, around 40% of the region’s population, suffer from extreme food shortages.

Since the middle of last December, no humanitarian aid convoy has been able to enter the area, under the intense armed conflict, because the security of UN workers and volunteers from other organizations is not guaranteed, according to the spokesman for the WFP Tomson Phiri.

The situation is such that many Tigrayans have been forced to radical measures such as drastically reducing the portions of food they consume each day.

“For over a year now, life has become impossibly difficult. We are starving and children are malnourished. We are unable to access medical care due to the destruction of health facilities by (#ethiopia|n + allied forces).” pic.twitter.com/2u0E2WQaA6


This situation has reversed the progress that the organization had made during the summer of 2021 when the increase in humanitarian personnel and the access allowed by the authorities to isolated areas made it possible to “keep famine at bay”.

In July 2021, the organization warned that the region was facing the worst hunger crisis in the world in the last decade, a situation that, after a small truce, is hitting hard again. And at the time, estimates put 400,000 people in famine, plus about a million and a half at risk of famine.

Tigray has a population of about 5.5 million people, but neighboring Afar and Amhara regions are also affected by the war, so experts estimate that 9 million people now need food aid.

The government spokesman, Legesse Tulu, has not commented on the recent evaluation by the United Nations. However, on January 24, he blamed the Popular Liberation Front of that region (TPLF) for using “hunger as a political tool.”

Aid could cease completely in mid-February

Faced with major blockades and difficulties in accessing the area, humanitarian workers have sought some alternatives.

The Office for the Coordination of Humanitarian Affairs (OCHA) reported that all international aid groups operating in Tigray have run out of fuel, so some of its members have been delivering what aid they can by foot. .

However, “organizations working in the area have confirmed that aid operations could cease completely in mid-February,” warned OCHA spokesman Jens Laerke.

Intensified conflict on the #Tigray-Afar border in recent days is expected to force more communities from their homes and deeper into hunger.

WFP said with no access to #Tigray currently, aid continues to be scaled up in areas of Amhara and Afar, which are accessible. pic.twitter.com/SGRkIfasEU


The war broke out in November 2020 and pits Ethiopian national government troops together with their allies, such as the military from neighboring Eritrea, against forces loyal to the Tigray Popular Liberation Front (TPLF), the political party that controls Tigray.

However, the tension between the two factions dates back to 2018, when the nation’s ruling coalition appointed Abiy Ahmed as prime minister, to help quell months of protests against the central government.

The new leader quickly won praise, and the Nobel Prize, for opening political spaces and curbing repressive measures in the country of some 110 million people and dozens of ethnic groups.

However, the TPLF felt increasingly marginalized and in 2019 withdrew from the ruling coalition.

In September 2020, the Tigray region voted in local elections that the federal government described as illegal and then diverted funds from the TPLF executive to local governments, further angering this political party and its armed group.

Since then, armed confrontations have escalated with serious human rights violations. In between, thousands of civilians facing violence and hunger.

With Reuters and EFE