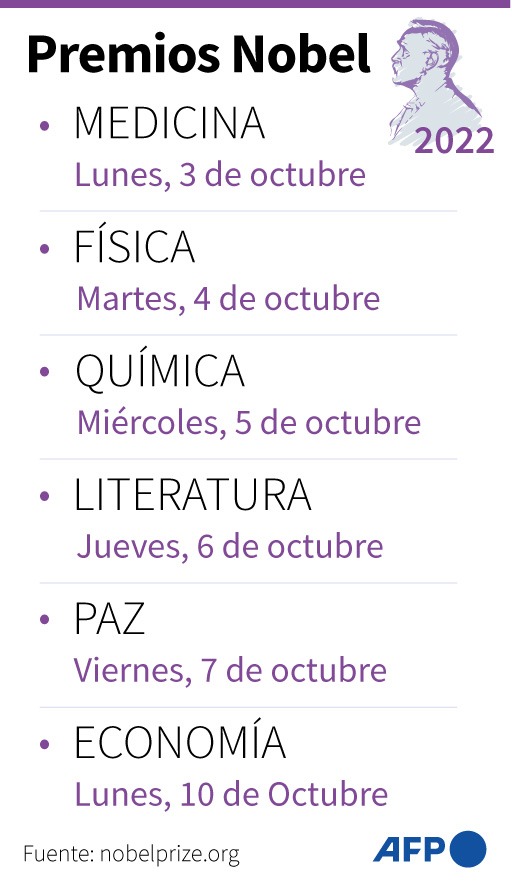 The award The 2022 Nobel Prize in Chemistry was awarded this Wednesday to the Danish Morten Meldal, the American Carloyn Bertozzi and his compatriot Barry Sharpless, for laying the foundations for a more functional form of scientific discipline.

The trio was recognized “for the development of click chemistry and bioorthogonal chemistry,” the jury said in its decision. For Sharpless, at 81, it is the second time he has won the award.

Learn more about 2022 #NobelPrize in Chemistry

Only four other people have received a Nobel twice, among them the French of Polish origin Marie Curie.

Sharpless, based in California, and Meldal, 58 years old and from the University of Copenhagen, They were recognized for their pioneering work with click chemistry, a new way of combining molecules.

Click chemistry “is an elegant and efficient chemical reaction that is currently widely used,” the jury noted. “Among many other uses, it is used in the development of pharmaceutical products, mapping of DNA and creation” of new materials.

The American Bertozzi, 55 years old, was awarded for the development of bioorthogonal chemistry, a chemical reaction that is described as capable of being initiated in a living organism but without disturbing or changing its chemical nature.

his findings have paved the way for improving the efficacy of cancer treatments.

The trio will share the sum of 10 million crowns (USD 917,500) and receive the prize from the hands of Swedish King Carl XVI Gustaf. at a formal ceremony in Stockholm on December 10, the anniversary of the 1896 death of scientist Alfred Nobel, who created the prizes in his will.

The academy honored the German last year Benjamin List and British-American David MacMillan for the development of a precise tool for molecular construction known as asymmetric catalysis.

The Chemistry award will be followed by the highly anticipated Literature awards on Thursday and La Paz on Friday.

Nobel Prize in Chemistry of the last decade

Two Americans and one Dane win Nobel Prize in Chemistry

Towards parity in science professions
Mother Teresa of Calcutta: her early vocation as a nun and her devotion to caring for “the poorest o...
TEXTS IN FREEDOM: Egypt: from the temples of Ramses to the Nasser Dam
Tweet
Share
Share
Pin
Other links: https://awardworld.net/resources/