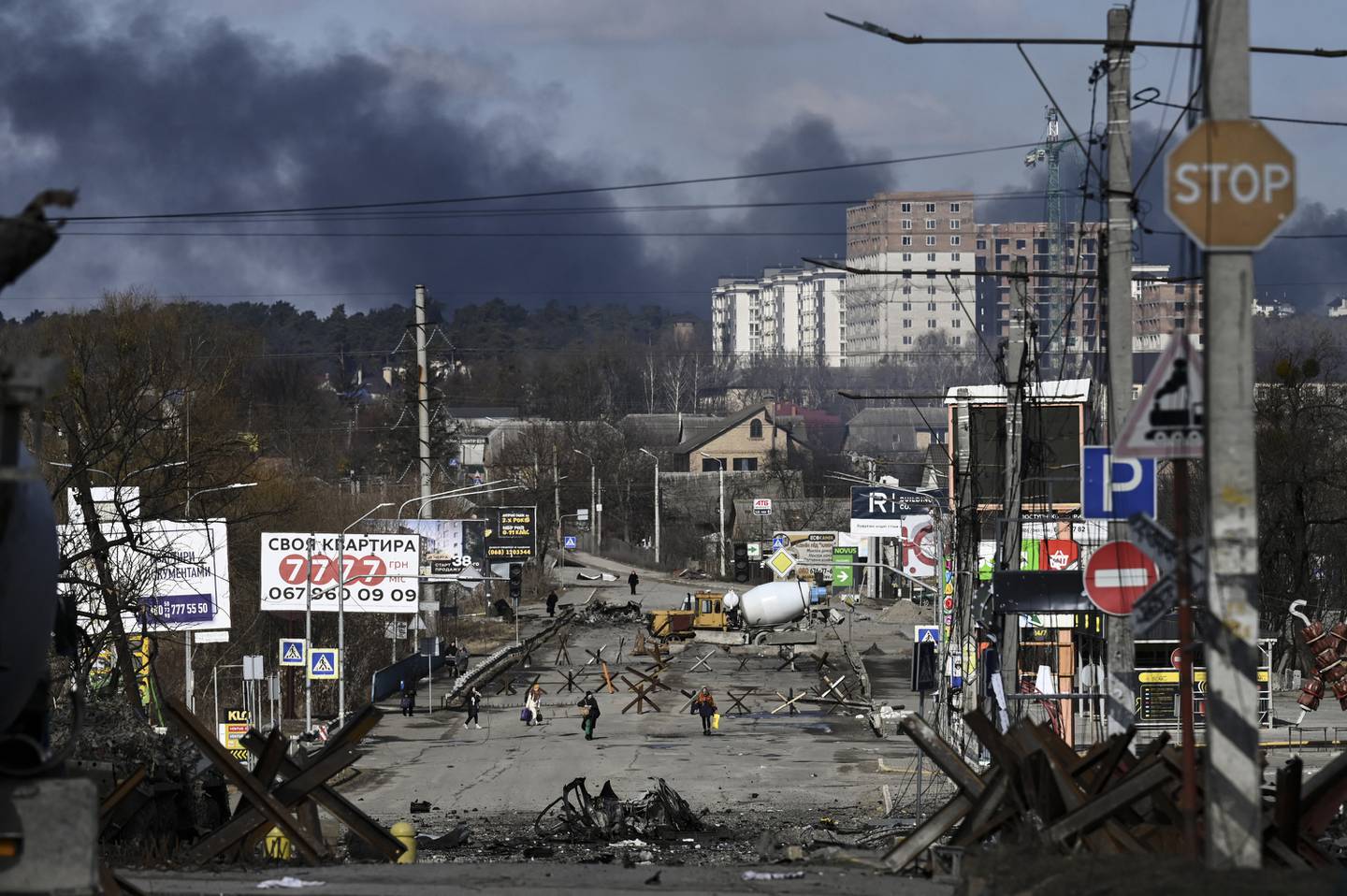 “While enjoying their morning tea, a Londoner could order anything from the land over the phone and have it waiting for them on their doorstep. There he himself could risk his fortune by investing in natural resources and companies of any country. And, if he wanted, secure transportation to any part of the world. The slightest obstacle would have offended and surprised him. That state of affairs was the most unalterable thing in the world, for him.”

They would seem today’s words. They are not. It is John Maynard Keynes describing life in London in 1913. The world then enjoyed a first “globalization”.

In 1910, Nobel Peace Prize winner Norman Angell wrote that a world war was impossible because economies were too interconnected.

Shortly after, the Great War broke out and the stability, so apparently empowered at that moment in history, was ruined. Assumed immutable, the freedoms to travel, invest and trade disappeared in the trenches.

Dimensions of the conflict

If anything was learned from that fanciful sense of security, it is that the commercial and financial interrelation does not prevent wars. Only politics can do it. National withdrawals and so-called defensive blocs are pregnant, instead, with confrontation.

The war in Ukraine does not finish outlining the outline of its scope. There is no shortage of analysts who see in it the first act of a third world war. Without reaching such dire predictions, it would not be extreme to say that we share the same blindness as Keynes’s Londoner.

Not even 15 weeks after the Russian invasion, the world manages to appraise the dimensions of that war. The true protagonists, belligerents and co-belligerents, are finishing forming an international war bloc.

The objectives of each field are expanded day after day. We are facing a long-term military escalation, in a war of attrition that, in addition to destroying Ukraine, will transform the geopolitical conditions of the world economy.

The Ukraine defense war is turning, under American leadership, into a very convenient crusade against Russia.

Its purpose increasingly resembles an effort to redraw the geopolitical map of the world, using the power of its military industry and hegemony over Europe, now added to its arms race.

The Biden administration spends more to support the Ukrainian government militarily than it spends on climate change. That speaks to its priorities and speaks volumes about the occasion that the war offers the United States for its strategic repositioning in Europe and Asia.

No one can consider themselves immune to the repercussions of the battle and nothing ensures that a fateful unpredictable evolution that would compromise our civilization will be avoided. For now, in addition to Ukraine, the other victim seems to be globalization.

For years, political forces of anti-globalization nationalism have been growing. In 1996, Renato Ruggiero, director general of the WTO, warned: “Free trade cannot guarantee the distribution of the wealth it creates. This is the task of governments.”

But those words flew with the wind. Nobody wanted to listen to the anguish of the abandoned populations. The cold was not in the commercial blankets, but in politics.

In 2019, economics Nobel laureates Duflo and Banerjee said it bluntly: “In this disaster, politicians have played and are playing an important role.”

According to them, “trade gains and losses have been unequally redistributed and this reality is counterproductive”. He pushed the brexit, I wear Donald Trump to power and promoted the rise of populism everywhere.

The malaise of globalization, says Joseph Stiglitz, unleashed reactionary political forces everywhere. The relocation of companies created the protectionist social base of nationalist populism in the United States and coincided with the Chinese economic rise.

The political elite of that country was seized by a sense of loss of hegemony. Trump unleashed a trade war against China and raised tariffs from 3.1% to 19.3%. Biden stayed the course. The trade and technology war against China unites Democrats and Republicans.

The Russian invasion adds to the background as a coup de grâce to globalization. It is an aggravated phase, because the military is linked to the financial; local politics, global impacts; and confrontation replaces multilateral understanding.

The war in Ukraine, a geopolitical earthquake with unimaginable consequences, is a turning point in world history.

Globalization is the opening of borders, financial interconnection, intertwined and open economies, multilateral systems accepted by all. Those inferences presuppose peace, not geopolitical confrontation and an arms race.

The decline that is thus announced will not be autarky. Trade will continue, but cloistered in closed spheres of influence. Its dynamics will be based on preventive war needs, such as a strategic fight for access to energy, decisive raw materials, critical infrastructure, disruptive industries.

Nationalism reared its head and no one will ever feel completely safe again. We are not there yet, but we are going there.

Ross Douthat, in an opinion piece published in the New York Times on March 12, he speaks of a “retro-future”: the rise of blocs and a return to the world of yesterday, to that of 1913, but in the context a thousand times more dangerous than the 21st century.

For example, Pope Francis refuses to join a crusade against Russia. Macron maintains the dialogue. Scholz resists. Major countries refuse to be co-belligerent and do not employ sanctions against Russia. Xi Jinping calls for a crusade for peace. They are civilizing spaces that seek a negotiated solution.

It is common sense, but the winds of war overwhelm. Nothing seems to stop him. The war against Ukraine is over. The course of confrontation is very powerful and it is hard to oppose the unhealthy euphoria of war. But it has to be done.

Great voices are silent and that silence must be broken. It is incredible that the fight for peace is so controversial, when it has never been so decisive. We cannot give up. It is the utopia that will save the world.

Velia Govaere, former Deputy Minister of Economy, is a professor at UNED and a specialist in International Trade with extensive experience in Central America and the Caribbean. She has written three books on international trade law and free trade agreements. The most recent is titled “Hegemony of a contradictory model in Costa Rica: discordant processes and impacts of the FTAs”.

Ukraine and the utopia of peace