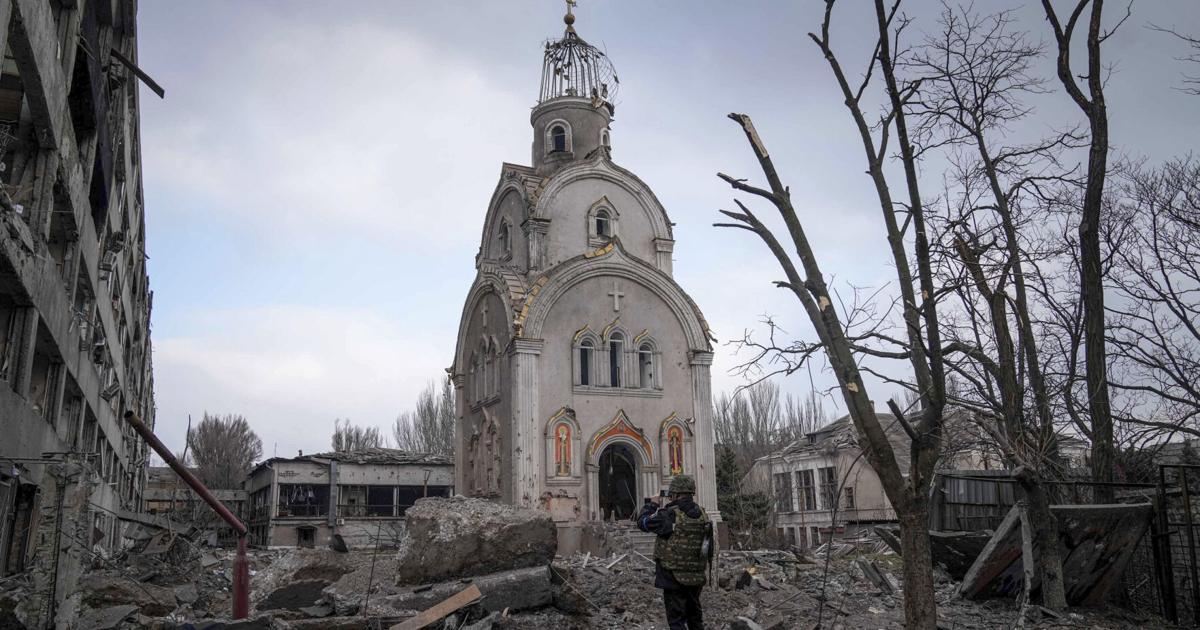 Ukraine indicated that they are investigating a poisonous substance that was allegedly released on Mariupol. Deputy Defense Minister Hanna Maliar said phosphorous munitions, which cause horrendous burns but are not classified as chemical weapons, may have been used.

Now the question is how to establish the truth amid the fog of war that has descended on a city that continues to be attacked by Russian forces. It is unlikely that a clear answer will be forthcoming in the short term.

The world chemical weapons watchdog said it is “concerned about the recent unconfirmed report of chemical weapons use in Mariupol” and is closely monitoring the situation in Ukraine. Both Russia and Ukraine are among the 193 member states of the Organization for the Prohibition of Chemical Weapons (OPCW).

The OPCW, winner of the Nobel Peace Prize, affirms that “it remains ready to assist any State Party that requests it, in the event of the use or threat of use of chemical weapons.”

The first to investigate in Ukraine are the country’s own law enforcement agencies. There are also teams from other nations investigating allegations – notably around the Ukrainian town of Bucha – of war crimes, and the International Criminal Court has launched an investigation in Ukraine. The OPCW has so far not announced any investigation in Ukraine, although it says on its website that it “is monitoring the status of relevant chemical industrial facilities and any threat of use of toxic chemicals as weapons in the country.”

Marc-Michael Blum, former head of the OPCW lab and now an independent consultant, said the organization will not send a team to Mariupol to investigate anytime soon.

“We have an active war zone that the OPCW would not send a team to because their safety cannot be guaranteed,” Blum said.

HOW ARE ALLEGED CHEMICAL ATTACKS INVESTIGATED?

If a team of experts could investigate what was used and who did it, they would try to build an evidence file based on laboratory tests of samples collected at the scene and from the victims. That means taking soil samples and analyzing them for traces of possible chemical weapons or other munitions. Blood and urine samples from victims exposed to the ammunition would also be analyzed.

Next, investigators would try to interview witnesses and survivors, to get a sense of what they experienced, and the doctors who treated them. In previous research, experts have studied gas dispersion models, topographic maps and examined digital images. The OPCW has experience in this type of investigation in Syria, where its experts have confirmed the use of chemical weapons on multiple occasions.

WHAT HAPPENED IN PREVIOUS CASES OF CHEMICAL WEAPONS USED IN OTHER PLACES?

Hundreds of people died in gas poisoning attacks in Syria during the country’s civil war. The OPCW faced numerous obstacles and Russian vetoes that complicated the establishment of investigative mechanisms. To date, no one has been held accountable.

Two recent cases outside of Syria show how suspected chemical weapons use can be investigated by local authorities: the 2020 poisoning of Russian opponent Alexei Navalny and former double agent Sergei Skripal and his daughter in the English city of Salisbury in 2018.

Russia denied involvement in both attacks.

IF PHOSPHORUS WAS USED IN MARIÚPOL, IS IT ILLEGAL?

Phosphorus munitions are not considered chemical weapons. Phosphorous ammunition is available to most armies to illuminate battlefields or targets or to produce smoke screens. However, if a military deliberately fires a phosphorus munition in a confined space in order to expose people to toxic fumes, it could be a violation of the Chemical Weapons Convention, Blum said.

“Once you start using the properties of white phosphorous, the toxic properties, specifically and deliberately, then it’s banned,” he said.

WHAT CHANCES ARE THERE THAT THE INVESTIGATION IN MARIUPOL WILL BE SUCCESSFUL?

Blum is not optimistic. “Given the current situation, we have Mariupol, almost impossible to really pin down, so I don’t have high hopes that there will be any kind of investigation,” he said.

Receive more information about this and other news. Click here if you are a user of Android or of iPhone.