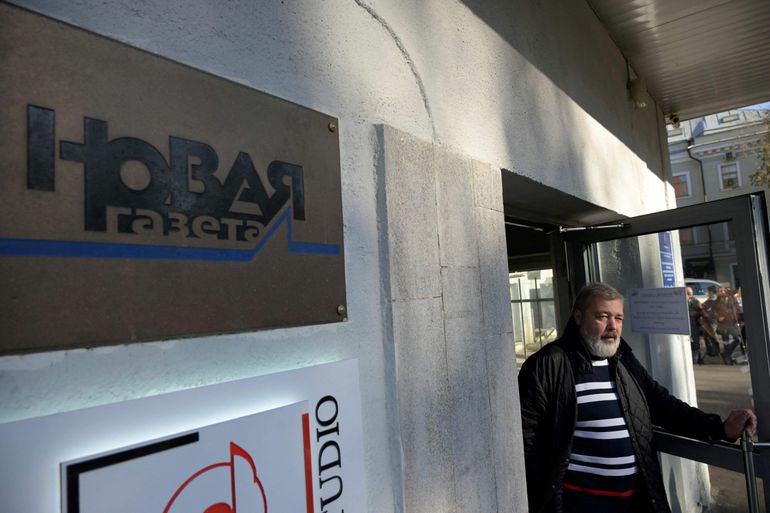 INTERNATIONAL WRITING. The newspaper “Novaya Gazeta”, directed by the Nobel Peace Prize winner, Dmitri Muratov, will stop reporting in the country because its board and editorial management decided on a “temporary closure”. They argued, due to warnings from the Russian communications regulator, in the context of Russia’s conflict with Ukraine. “We better close, because if we receive a third warning they can withdraw our license and that would mean our disappearance,” Nadezhda Prusenkova, the newspaper’s press officer, told Efe.

The head of Russian diplomacy, Sergei Lavrov, although he did not confirm it, hinted that a peace agreement with Ukraine could be reached very soon, which would put an end to the bombings of Vladimir Putin’s army on Ukrainian cities.

Radiation “is stable in Chernobyl plant”

The Russian body in charge of consumer protection, Rospotrebnadzor, affirmed today that the radiation situation in Russia is “stable” after Ukraine reported serious fires in the exclusion zone of the Chernobyl nuclear plant, occupied by Russia in the first days of the military campaign.

“In connection with the fires in the exclusion zone of the Chernobyl nuclear power plant, Rospotrebnadzor is monitoring the radiation situation in Russia in the border areas,” the agency said in a message on its official Telegram account.

“According to monitoring data, the radiation situation in the Russian Federation remains stable. The situation is under the control of Rospotrebnadzor,” he added.

The General Staff of the Ukrainian Armed Forces estimated today at about 17,000 Russian soldiers killed since the beginning of the Russian invasion of Ukraine.

The Kremlin on Monday described as “alarming” the words of the president of the United States, Joe Biden, who said on Saturday that his Russian counterpart, Vladimir Putin, cannot continue in power.

“This statement, naturally, is alarming,” said the spokesman for the Russian Presidency, Dmitri Peskov, when asked by journalists if Moscow considers Biden’s words as an attempt to interfere in Russian affairs.