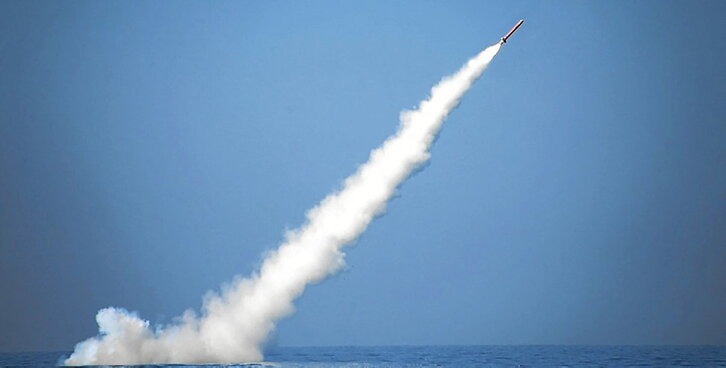 The UN begins this Monday the Tenth Conference for the review of the Treaty on the Non-Proliferation of Nuclear Weapons (NPT) with an eye on a new scenario of global rearmament and while the war in Ukraine revives fears of a nuclear confrontation.

The conference aims to examine the agreement that prohibits 191 non-nuclear weapon states from acquiring them, while obliging the five possessing states (China, France, Russia, Britain and the US) to take steps towards disarmament.

However, the reduction of nuclear arsenals that occurred at the end of the Cold War seems to be coming to an end and it is likely that the atomic powers will increase their stock of warheads. This was warned by Sipri, which also warned that the risk of these weapons being used is the highest in decades.

“It is a very, very difficult time,” said Beatrice Fihn regarding the new nuclear rearmament scenario. The executive director of the International Campaign for the Abolition of Nuclear Weapons, winner of the Nobel Peace Prize, already warned in this interview in NAIZ that “we have never been so close to a nuclear war since the Cold War.”

“The invasion of Russia, accompanied by ominous references to its nuclear arsenal, is very significant for the treaty and is really going to put a lot of pressure on this,” Fihn said in this regard.

The conference begins at the same time as the announcement of the Atomic Energy Agency of Iran, (AEAI), which this Monday has reported that the Islamic Republic has the technical capacity to produce an atomic bomb, but has no intention of doing so.

The treaty does not stipulate deadlines to achieve nuclear disarmament and for more than a decade no new plans have been adopted for its implementation. Seven years after the previous NPT review conference failed to reach a final agreement, the conference that starts this Monday faces an even more challenging scenario.

The four-week meeting is intended to build a consensus on next steps, but prospects for a substantial deal are slim.

As planned, the Secretary General of the United Nations, António Guterres, will make a speech at the opening session and start of the debate. “The climate crisis, the blatant inequalities, the bloody conflicts, the violations of human rights and the individual and economic devastation that the pandemic has brought with it have created more tensions in our world than I have seen in my entire life,” he said. highlighted during the days prior to the meeting.

Japanese Prime Minister Fumio Kishida left this Sunday for New York to attend the UN conference, in the first attendance of a Japanese president at that meeting.

“The global drive to achieve a world without nuclear weapons has slowed considerably,” Kishida said of the event, which he intends to use “as an opportunity to reverse this trend.”

Kishida is scheduled to deliver a speech during the conference deliberations to stress the importance of not using atomic weapons and to call on nuclear powers to be more transparent about their arsenals.

The prime minister is also expected to propose the creation of a UN fund to encourage young people from around the world to visit the Japanese cities Hiroshima and Nagasaki, the only ones so far to have received nuclear attacks, to learn about their devastation. as part of the campaign to eradicate these weapons, government sources leaked to the local Kyodo news agency.

A native of Hiroshima, where his constituency is located, Kishida advocates a world free of atomic weapons, but has repeatedly insisted that he believes the Non-Proliferation Treaty is a more effective tool for this debate than the so-called Ban Treaty. of Nuclear Weapons.

None of the nuclear powers have signed this latest pact, which entered into force in 2021, and neither has Japan, despite being the only country to suffer a nuclear attack, in Hiroshima and Nagasaki, which precipitated the end of World War II in 1945.

From Austria to New York

The Tenth Conference for the review of the Non-Proliferation Treaty comes after the first meeting of the Treaty for the Prohibition of Nuclear Weapons, which, with the rejection of NATO and the nine atomic powers, ended in June with the condemnation of 65 countries of any threat of use of atomic weapons and the commitment to continue their efforts to achieve the elimination of all nuclear arsenals as soon as possible.

The president of the conference, the Austrian Alexander Kmentt, then underlined the importance of completely banning all weapons of mass destruction. The total elimination of atomic weapons “is the only way to be sure that they will never be used,” he said at a press conference, highlighting a position that the nine countries with atomic weapons currently reject.

The treaty was also rejected by NATO on the grounds that disarmament is already provided for in the Treaty on the Non-Proliferation of Nuclear Weapons (NPT), to which all its members are adhered.