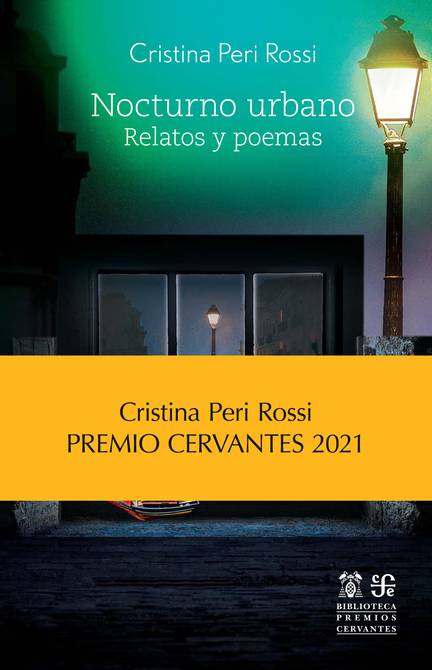 Thought, poetry and fiction go hand in hand this month that celebrates the International Book Day to reflect on the situation of women, equality, identity, violence, different feminisms, the body or sexuality.

This is a selection of ten works to commemorate Book Day with a gender perspective.

urban night. stories and poems is the title of stories by Cristina Peri Rossi that has just been published on the occasion of the awarding of the Cervantes Prize to this Hispanic-Uruguayan narrator and poet and which is delivered this Friday.

‘The mother of Frankenstein’, by Almudena Grandes

The latest novel published by the recently deceased Almudena Grandes is Frankenstein’s motherin which the life of the thinker recounts Aurora Rodriguez Carballeirathe most famous parricide in the history of Spain, who murdered her daughter Hildegart in 1933.

This is the fifth volume in the series. Episodes of an endless wardedicated to the Spanish civil war and its aftermath, a saga that brought him numerous awards and with which he pays homage to Benito Pérez Galdós and his national episodes

‘Mothers, fathers and others’, by Siri Hustvedt

American writer Siri Hustvedt published mothers, fathers and othersa vindication of a “plural” feminism in which she addresses her relationship with her mother and grandmother, philosophy, and even genetics itself, and rebels against the misogyny of the past and present.

‘Secret Encyclopedia. Readings in the feminist mirror’, by Marta Sanz

A debate with the writers who articulate their work, a reunion with the books that coexist on their shelves and even a “grid made up of different feminine gazes”.

This is the latest book by Marta Sanz, Secret Encyclopedia. Readings in the feminist mirror“a critical reading guide” where it collects articles, essays and literary reviews published in different media between 2006 and 2019.

‘Trans: a plea for a fairer and freer world’, by Shon Faye

The first book by the writer, journalist and human rights activist Shon Faye, Trans: a plea for a fairer and freer world, is an essay on the discriminatory reality faced by trans people in the United Kingdom. In it he analyzes, among other points, the cosmetic policies that, “far from helping, penalize minorities”, and the role that the media have played in the deformation and dissemination of hatred towards this group.

‘The strength of women’, by Denis Mukwege

Dr. Denis Mukwege, Nobel Peace Prize winner in 2018, has focused his professional career on healing and reparation for survivors of sexual violence in Congo, his country, where he was recognized as a defender of women’s rights.

In his latest book, The strength of womena title halfway between an autobiography and a call to fight against sexual violence, Mukwege looks back and highlights the role of the women who, throughout his life, have shaped and inspired him.

‘All Bodies’, by Olivia Laing

The British author Olivia Laing, known for her essayistic approaches to art and pain, is the author of all the bodiesa historical journey through all the struggles that have sought to liberate the body, in particular that of women and the LGTBI collective.

Drawing on his own experiences, and traveling from 1920s Berlin to McCarthy-era prisons in America, Laing confronts some of the “most important and complicated figures of the last century,” including Nina Simone. , Christopher Isherwood, Andrea Dworkin, Sigmund Freud, Susan Sontag, and Malcolm X.

‘Among the Broken’, by Alaíde Ventura Medina

What story is behind a photograph? That is one of the questions that the Mexican writer and anthropologist Alaíde Ventura Medina asked herself when she saw one of her and her parents, when she was 3 months old.

That was the trigger for me to write among the brokena story about memory, sexist violence within the home that crosses generations and about how silences, present in different ways in the members of the family that the story speaks of, become a mechanism of power and survival.

The Chilean collective LasTesis, known for its successful performance A rapist in your waypublish feminist anthologya selection of works dating from 1610 and that for them are “fundamental” in the history of feminism.

Americans Rachel Vogelstein and Meighan Stone analyze the explosion of #MeToo in Wakea book that focuses on the remarkable global impact of the movement that, according to the authors, “has triggered the most widespread cultural reckoning on women’s rights in history.” (I)

Universe of books: Ten feminist works that you should not stop reading | Books | Entertainment