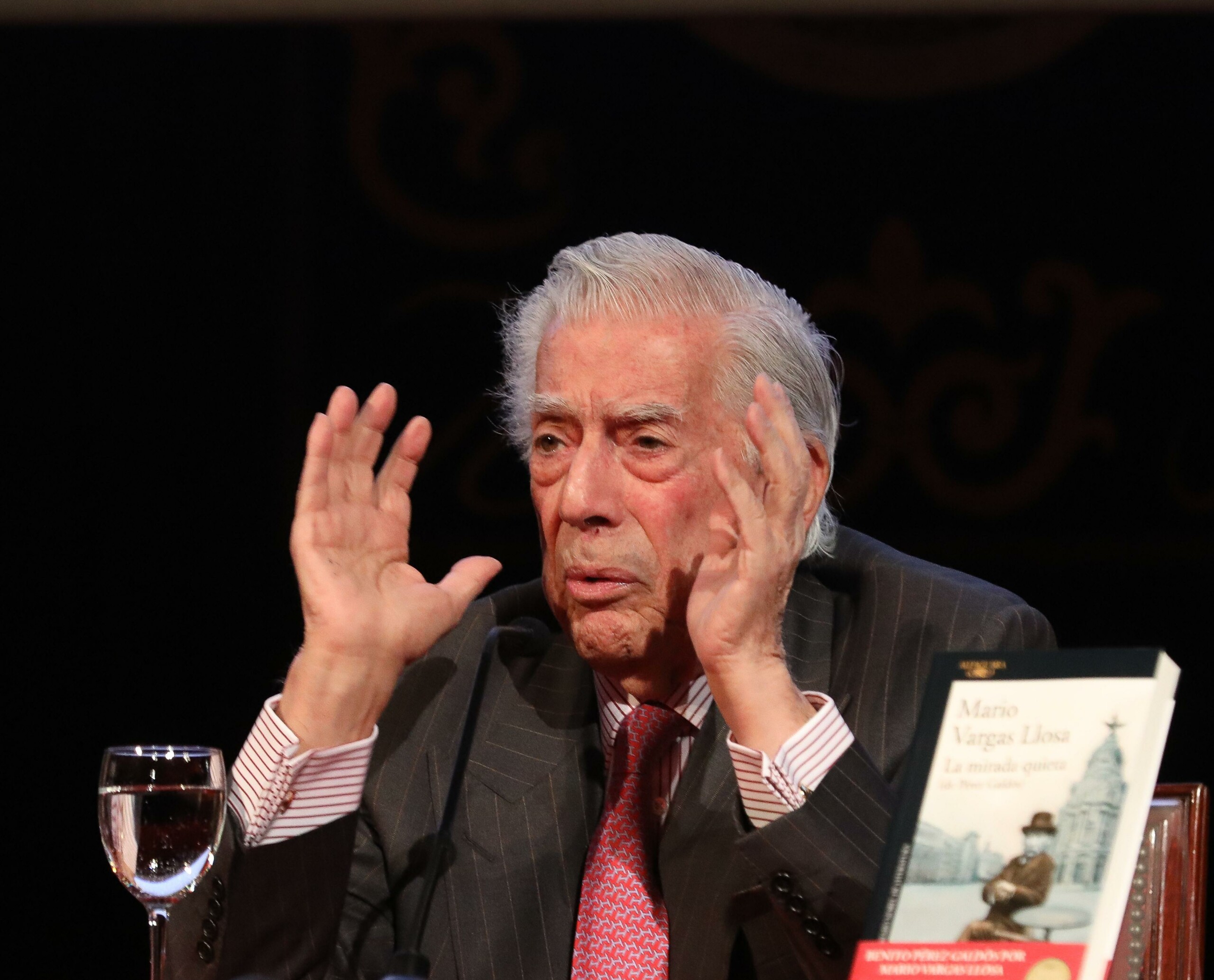 The writer Mario Vargas Llosa publishes ‘The quiet gaze (by Pérez Galdós)’ (Alfaguara), his literary study project of the complete works of the author of ‘Fortunata y Jacinta’, who “was very far from imagining monsters” like the current Russian President Vladimir Putin.

“Galdós did not have a perverse imagination to portray the equivalent of the great political leader, capable of organizing massacres. He was beyond that,” said the Nobel Prize for Literature when asked about the current situation in Ukraine, invaded by Russia.

“Galdós’s world is that of middle-class characters, those who live according to their status with social conformity. That’s where he feels most comfortable, although it is true that he also had a look towards the poor or the miserable” , the author of ‘Conversation in the Cathedral’ has recalled.

That is why he considers that Galdós was not someone who portrayed, for example, “adventurers”. “It was not his line. But he was the one who best understood the Spanish middle class that began to emerge at that time (the end of the 19th century),” the Spanish-Peruvian writer pointed out.

‘The quiet gaze’ is a project that emerged with the pandemic and that Vargas Llosa proposed to learn in depth “as a tribute” to the more than 100 published volumes written by the author of ‘Mercy’. “This book is the result of the pandemic,” he acknowledged.

“I really wanted to read Galdós, I had read things as a student but not everything and, with the pandemic, which we thought would be a matter of days but in the end it was 18 months, I was able to read it systematically,” Vargas Llosa pointed out. , for whom the Canarian writer was “a great author, but irregular”.

One of the recurring debates that arose around the figure of the creator of the ‘Episodes Nacionales’ is whether or not he deserved the Nobel Prize for Literature, which never came. More than 500 personalities came to ask for this award for him, but years later it was learned that the Swedish Academy received as many requests or more so that they would not give it to him.

“It is difficult to imagine the controversy that Galdós generated in Spain for his novels. He was not considered a great writer, he received much criticism as a vulgar author -a vulgarity that is very attractive to us nowadays- and he was seen as someone who wrote entertaining works that reached the general public”, he lamented.

“Would I deserve the Nobel? There will always be contradictory positions with this. In general, the Academy works in a fairly consistent way and gives the prize to writers with a lot of influence, established by their popularity. Sometimes it can be wrong, overestimate or underestimate, but that It is part of human reality”, he pointed out.

Of all the works by the Canarian author, Vargas Llosa has highlighted one above them, the ‘Episodes Nacionales’, with which Galdós demonstrated “the effort of objectivity and impartiality” of someone who had considerable political commitment. “He did a lot to narrate the events as they were, despite his differences with some decisions of the Crown or the military chiefs,” he added, to conclude by citing the episode of Prim’s murder as “one of the most heights of his narrative”.

Vargas Llosa: “Galdós was far from imagining monsters like Putin”