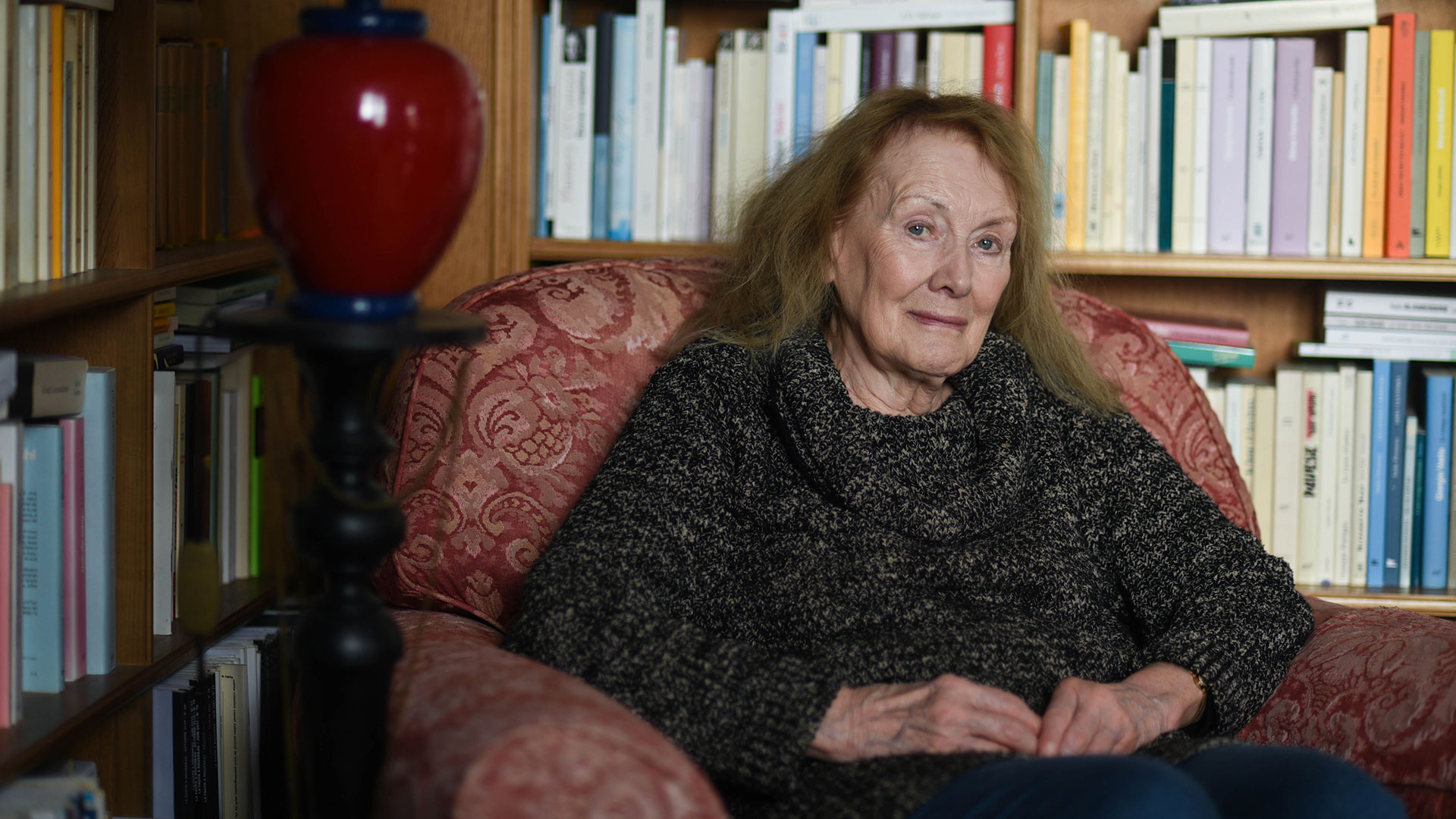 we are all broken

annie erneaux she dissects herself in her writing. She uses her life, her body and her tragedies as raw material. She studies herself in a stark mirror and the result is that this reflection is collective and we can see ourselves reflected. She is broken and tells it. She is broken because she had a difficult childhood, her parents hated each other, she was very poor in the time after World War II from which no one came out whole.

Woman, born in 1940, from a poor working class family, her life was marked by her condition. And at the same time, that condition of gender and social class is the x-ray that he shows in his work and presents us on a table that could well be that of a morgue: because of how cold, helpless and tremendously human he sees what is there. presents. Life, illness, death, the causes of our actions and the consequences, often unsustainable, tremendous.

His work is a walk through the 20th century, from the dream of the welfare society, marriage and children; to the failure of the system, the fall of the veil that encloses family secrets that suffocate and turn us into frozen women. The internal struggles between the duty to be that is imposed from above and from the outside, from society and the family, teaching and education, and that being that struggles to come to light and shout from the rooftops who he really is.

Annie Ernaux leaving her home in Cergy-Pontoise, France, on Thursday 6, moments after the 2022 Nobel Prize for Literature had been announced (Photo: REUTERS/Johanna Geron)

The thesis of annie erneaux seems to be something like that. Society and family build the foundations on which we plan our lives, and they are hegemonic and do not allow cracks or digressions from the norm. When that happens, when someone rebels and proposes a different house, everything falls apart. Everything breaks. The twist to this thesis is that both society and the family change that foundation quite randomly and unpredictably, so even if we build comfortably on that matrix, everything eventually breaks down. And more if you are a woman, much more.

And this is where Erneaux becomes essential. Women and the right to their bodies still seem today a space of struggle that does not flow but is conquered with pain. Sex, passion or lack of passion, pregnancy, maternity and abortion, the search to please the gaze of the other, the role of mother, wife, daughter, and even as a writer, are the swamped waters by which run your narrative. If every act is political, Erneaux’s writing comes to raise the flag of the inequalities that still exist today in reference to bodies and autonomy, desire and the realization of desire, the empowerment of the word and the search for freedom. 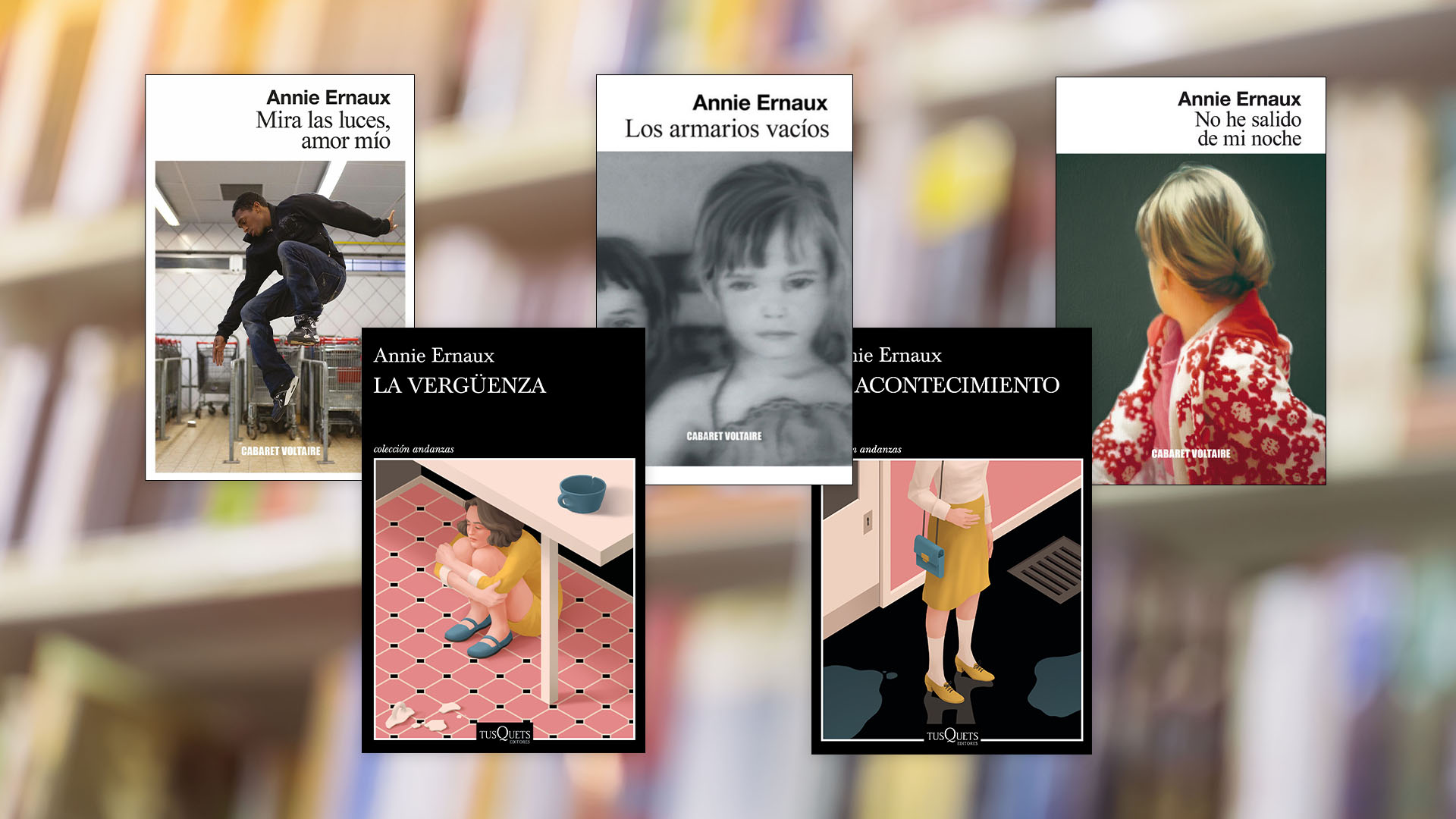 Erneaux puts his finger on the sore spot without disgust.

In The shame opens with “My father tried to kill my mother one Sunday in June, early in the afternoon.” And he denounces in a heartbreaking book the condition of a couple of workers, caught between what they want and their possibilities, expectations and reality. His stories always move between two worlds, the possible and the real. And when we read it, it is very difficult not to imagine ourselves zigzagging in our own lives between what we want, what we have and what is expected of us. Erneaux writes that interstitial space that causes the suffocation of knowing that the life we ​​have is not necessarily the one we want. Or worse, that the life we ​​project – today on social networks, for example – is nothing like real life. But then again, what is real life? Is there only one possible way to inhabit reality?

She took the project of narrating her life to the extreme. The book The event, which tells the story of an abortion she performed in her youth, she wrote secretly from her husband, who did not support her writing at all. And from the publication of the frozen woman, the marriage came to an end. It is seen that it was too much for the husband that she aired the rags of her relationship. The frozen woman is herself, it is who she became after years and years of a relationship outside, without love. In this book she also questions her motherhood. And in a gripping twist, the author’s life told in her literature slaps her back and changes her life. Write life, live writing.

annie erneaux states that he can only write about his life. But that individual gesture becomes collective in the way in which she narrates domestic, ordinary episodes, without apparent transcendence and that, in light of her narrative form, which is surgical, challenges us because much of what happened to her, happened to us. U.S. The dissatisfaction in the couple, a sexual abuse that is disguised as consensual sex, the coldness of a relationship whose sole intention is the external projection of a couple model that fits that social idea about marriage, the family secrets that seize of our mind and dominate us.

Her work stimulates thought, is incisive and ascetic, refers to the depths of our desires and frustrations and shouts all the time that: everything is fine, that if you don’t dare to say it, she will say it for you. And she is going to say it without mincing words, so if she reads it, bank it. Because she is broken and she tells it. But in doing so, she shows us that we are all broken.

We are all broken and so is she, that’s why you have to read Annie Ernaux