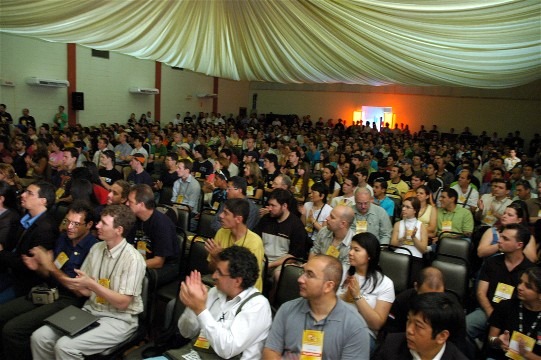 I have a friend whom I hold in high esteem and who also “liked” me very well. We are both of feline origin, that is, “we are pumas de coraza” or, that is, unamitas for life. Never graduates or alumni. I visit it regularly, but to be honest, against my will: more out of obligation or necessity than for pleasure. When I receive him in my house it is one, and the opposite, when I am the one who steps on his land. Then the use (and abuse) of the word is arrogated and, if anything, he allows me only a slight groan of protest and despair for his behavior, although these expressions do not matter to him. Well, the repression reaches such a degree that I get to experience a numb tongue and feel as if I had pincers in my mouth that prevented me from articulating a word. Meanwhile, my friend reaches an unimaginable degree of severity: he sees my status and still asks me: do you believe in the telephone leaks that assure that the aforementioned wing is negotiating a commercial association with Walmart to install in all its stores a department perfectly equipped with the most sophisticated weaponry of the moment that is going to be called “Let the children come to me”, or rather: “here”?

After what has been discussed, I understand that you will inevitably think that I am a leading candidate for the Nobel Prize for masochism. Why, if I am so frightened and intimidated by these meetings, do I persist in holding them? If I want to get away safe from rude opinions about my absurd behavior, the reasons I offer will have to be weighty. Fortunately I have them and they are completely legitimate and understandable: this character, whose name I haven’t even given, is my dentist. His name is Manuel Farill Guzmán: I understand that this rank, position or hierarchy explains and excuses everything described above, but it also makes my complaint understandable in the face of the inevitable. Well, it turns out that some time ago (surely as a distracting measure in the face of his dental attacks), I told Dr. Farill that a very strange disease had been affecting me for some time: I can’t fix in my memory -I told him- the features of the people I know, not even those I lived with the day before. The next day I find them I treat them as if it were the first time I see them. He listened to me, but from his expression I realized his diagnosis: Carlos, he’s not the same as before, if he drinks more than 12 martinis, he forgets or hallucinates. However, another quality of Dr. Farill is that, if he makes a mistake, he always admits it and insists on correcting the mistake. Example: doctor –I tell him– the molar that hurt me was the lower left one and the one that was removed is the upper right one. oh! It’s true, but don’t worry, the next session I’ll take it out for you, and also for free (daring drake because I don’t have an appointment until next week). Well, Manuel Farill (who is a much better doctor than I am a patient) has just sent me extensive information about the disease I suffer from, and that should not worry anyone in the crowd, since it is not at all contagious and less so through from the pages of our newspaper. Well, the condition that afflicts me has been given the name of prosopagnosia and consists of an inability to quickly and correctly remember the features of the people with whom one usually deals on a more or less regular basis. To my good fortune, this very strange evil affected another person who (albeit slightly) enjoys greater popularity, fortune and some say that even physical appearance, characteristics that allowed him to make himself known in the world, with great astonishment and scandal. , the existence of this strange condition. This is the well-known film actor Brad Pitt.

It was my original intention, when deciding to talk with you about the subject that overwhelms us, both the good Brad and this typist, to tell everything: how it has harmed him both in his career and in many other aspects of his life. What are the opinions of recognized specialists, whose studies and investigations reveal to us the very probable functional malfunction that we are facing and, finally, the substantial economic collaboration that the actor granted to universities and institutes so that they could try to decipher this strange problem and, if possible, find the medicines that would disappear or at least diminish their terrible consequences.

Unfortunately, my recyclable grandmothers were right again: Man proposes and God disposes. With the purpose of not presenting the columnettes in installments, like the serials of yesteryear and dealing with only one full topic on each occasion, so that no one goes out of the wave, some events come across that it is impossible to send to the comments queue. This is the current case. I cannot fail to dedicate a few lines to the information issued by the president of the PRI regarding the initiative that he intends to present to the plenary session of the Chamber of Deputies in which he proposes to legalize the free acquisition of firearms for all citizens in order to confront the hitmen of organized crime. That mentality, that conception of man, of society, of the State, of humanity itself, expresses not only a perverse mind, lacking the elemental values ​​that today govern the world in which we survive, but also an absolute immorality and, if I am urgently needed, a permanently authenticated credential in the Society of Active Psychopaths.

We will continue talking about these two gallants: Mr. Pitt and Mr. wing. And, please, if I see you on the street and I don’t greet you, just say the magic word: “martini” and we will overcome prosopagnosia.

We are no longer the same