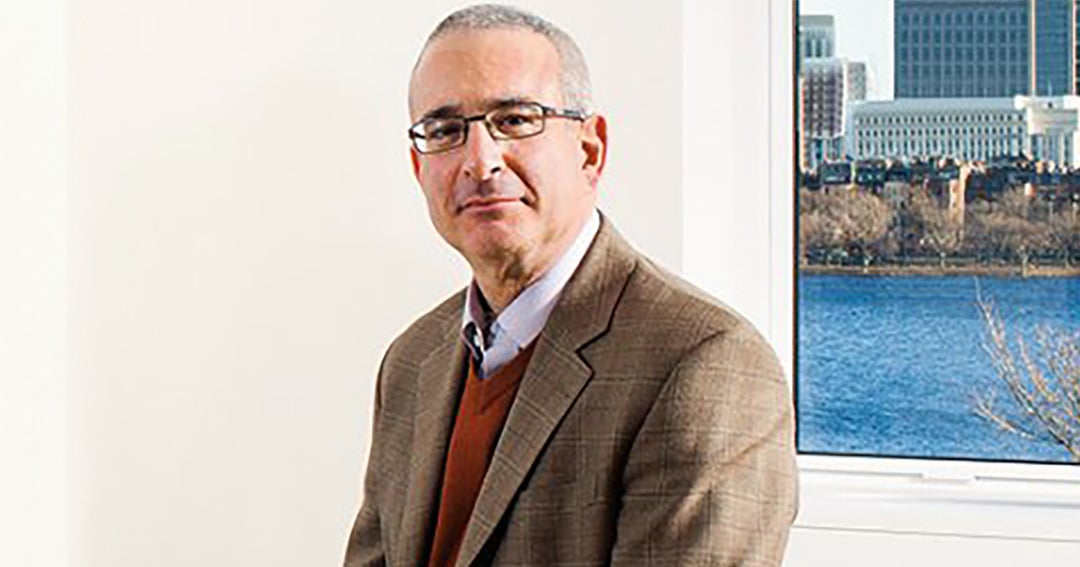 When Joshua D. Angrist was asked by LR last Saturday about the possibility of winning the Nobel Prize in Economics, he replied that “the odds are low and I don’t think I will go through that in my life.” However, his prognosis failed him. The Royal Swedish Academy of Sciences yesterday presented half of the award to David Card, of the University of California, “for his empirical contributions to labor economics”; and the other half jointly for Angrist, from the Massachusetts Institute of Technology, and Guido W. Imbens, from Stanford University, “for their methodological contributions to the analysis of causal relationships.”

Angrist, who spoke to LR under the Lacea Lames 2021, congress organized by the Faculty of Economics of the Universidad del Rosario, and where he will participate as a panelist with experts, academics and other Nobel such as Alvin rothHe explained what he calls the “illusion of the elite” and stated that it is essential to work on the quality of education due to the causal effect it can have on income.

What is the ‘credibility revolution’, how did it start and how did the profession change?

Steven Pischke and I wrote an article that had that phrase in the title, and it refers to a new way of doing research that many began to do in the 1980s. There was an interest in how we could do a better job estimating the causal effects of government policies, and a group of young researchers began looking for things that seemed to be good experiments. I’ve basically been doing that my whole career, looking for good experiments to answer questions.

Much of me job it has to do with education, and I worked with Alan Kruger on the financial returns of the school. The idea arose that the season a baby is born, the time of year, affects its upbringing; And those kinds of random things, over which neither the child nor his parents have much control, generate big differences in education.

Then for my thesis, I used a natural experiment to study the effects of military service on civilian careers, finding that it was the lottery draw, and I think that was one of the first convincing natural experiments; probably that and the trimester of birth.

The reason Steven and I talked about credibility is because it was credible that if I show you that people with the lowest number in the lottery draw win less, it’s credible. That sounds like it’s not because they are special, but because they were more likely to have served in the military; it is credible because there was a random component.

How have causal inference methods changed the implementation of public policies?

Research affects policy, but that takes time and can be a source of great frustration for academics. We write papers, but that does not mean that someone pays attention to them. But in the long run, if you produce a series of findings that are very convincing, that tends to trickle down into American public policy. I cannot speak for other countries, because in many they do not pay attention to research, only to politics; But in the US, research does have a great impact. An example of this is the emphasis on education in the labor market. Labor economists have done a great job showing that there is a causal effect of education on income, and that is a great way to fight inequality: getting people from disadvantaged backgrounds to go to college and finish it is going to increase your income, and that will affect your income distribution.

What role do new data science techniques play in the profession’s efforts to discover causal effects?

I have been skeptical of the importance of these tools. I don’t see that what we do is going to change much, because you can’t use machine learning to discover causal relationships, it just predicts results in a very mechanical way. I see limited applications in the type of problems I work on, but not zero.

What has been the impact of the school assignment algorithms that you helped to develop with Professor Parag Pathak?

I do not develop algorithms, it is Parag’s strong suit; I use them to learn things, I use algorithms that exist. That has become a cornerstone of our educational system. The algorithms allow families to decide whether they want to travel to schools that they consider more attractive or stay close to home.
The social consequences of that are a little harder to discern, it’s something we’re in. working. We have a project on how traveling to school affects academic results, I hope we will have the paper later this year.

In countries like Colombia, private schools have a preponderant role …

Years ago I wrote a paper with Michael Kremer and other collaborators on these topics, we studied a program funded by the World Bank that gave low-income families scholarships. It was called Paces, which doesn’t work now.

At the time, we found very encouraging results that there was a lot of payoff to attending private schools. In Colombia, attendance at private schools is high and the public system is congested and not very attractive, and even middle-class families use private schools. The program we studied was for secondary education, and I think that for countries like Colombia it is much more important to improve the quality of secondary and higher education than to think about the university.

We also had a concession school program, and there was a debate about giving public money for children to go to private schools instead of financing public education.

When we studied it, the view was that it was less costly and more effective to expand capacity by offering vouchers for private individuals than to expand the public system; it was more cost-effective and education would be of better quality. We did not study costs, but effectiveness, and private schools were not elite, and were more effective than public ones, on average. Politically it was controversial, but it worked.

The covid-19 allowed many natural experiments to be carried out, such as remote learning. What is the future of these practices?

Remote learning was a great experiment. I remember teaching undergraduate econometrics and in a week we had to learn how to do it, and there was a learning curve, but I don’t think it’s as good as in-person instruction, mainly because it’s harder to hold students’ attention. I even did a little experiment, when we started hybrid education I did a lottery to assign those who could go in person, and those who were in the room did better, and I think it’s because they paid more attention.

But many things that we began to do in the pandemic will remain, such as recording classes and putting material online. There will be people offering online education, and people who do not have access to high quality universities now have access to online education, which is a good substitute for low quality education. That will stay, and I also think people will travel less for work, many lectures will stay that way, but students like to be in the classroom. I do not believe that online education will replace the traditional one, and it is even more important in public schools.

What do you think of the privileged place that the profession has given to randomized control tests in recent decades? What will be the future of non-experimental causal inference methods?

I usually think of randomized trials as an ideal, something we aspire to, but it is not something you can do every day because they take time, they are expensive, some things are complex or there are ethical concerns, so there is an important space in research not experimental.

But since some randomized experiments can be done, it is now common to wonder what kind of experiment one wants to do to answer a particular question, and sometimes it can be done. We actually did a big one on financial aid for college, but if I can’t do it there are tools that can be used to mimic that, and that brings us to the natural experiments and all the studies that were part of the credibility revolution. We will not stop using non-experimental data.

You have advocated for the democratization of econometrics, for example, in your role as Ninja Master Joshua, what can you tell us about your experience as a youtuber?

I make videos through Marginal Revolution University, who produce a lot of content online and are working on a whole econometrics course that I’m involved in. It’s a lot of work, because it’s not just me talking, it has a lot of post-production; But for me the most difficult thing is not filming, what takes more time is writing the scripts and trying to explain econometrics in simple language. I think it is possible to do it, but it is more difficult.

Is this part of the modernization of econometrics?

Econometrics should be fun, but materials should also be fun and relevant. I try to teach more data than mathematics, because if they only do mathematics it becomes mechanical, then I pose problems as if it matters or not to attend MIT, and that example is important to them, because it connects with their lives. Many of my questions are of that type, they are not abstract but relevant to them.

And does it matter to go to MIT?

No. On average, people who go to elite private universities make more money later on, but it is a selection bias. For example, many of our students went to elite colleges. In Colombia they also have these types of institutions, and the students who go to those schools tend to be very successful, but it is not causal, it is selection bias, it is what we call the illusion of the elite. We made a paper called that with Parag.

Considering the relationship between education and income distribution, what should we do in Colombia?

I do not know enough to issue recommendations, but the quality of education is important, and people who go to better, elite schools will see it reflected in their income for their entire lives. And the quality of teachers matters, and a lot of what happens to people is random, and public policy will not change that, but in terms of systematic things that do matter, it is clear that education and its quality matter; So what you can do to improve the quality of education, especially for low-income students, will pay off.

An expert in the economics of education and school reform

Angrist is the author of such books as ‘Mastering metrics: the path from cause to effect’, and ‘Mostly Harmless Econometrics’. As an advocate that “econometrics should be more fun,” he served as editorial staff for Econometrica, American Economic Review, American Economic Journal: Applied Economics, and others. His studies with G. Imbens showed that not in all cases the one who studies the most earns more; Factors such as personal ambition and the ability to adapt to the job market also play a role.