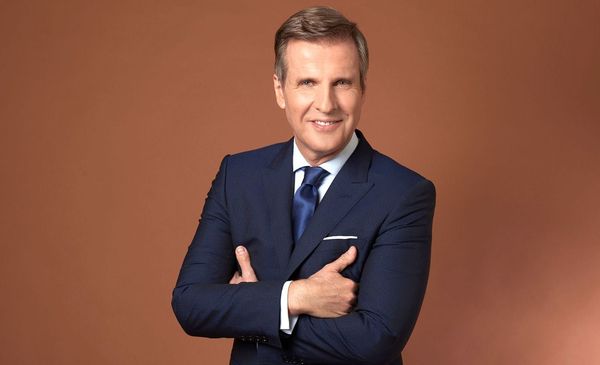 April 15, 2022 – 01:03
The economist and former president of the Central Bank told El Tribuno yesterday that “the exchange rate is transitory” and that “the program with the International Monetary Fund is going to have to be recalibrated.” In addition, he considered that the increase in rates should be “proportional to the salary variation coefficient” and recommended applying an anti-inflationary plan based on three laws.

What reading do you make of the inflation figures released by Indec and which were the highest in 20 years?

This level of inflation is a missile that attacks and destroys the social and commercial relations of Argentina, therefore it is urgent that the authorities implement an anti-inflationary plan that, in my opinion, must be based on three laws that can order this situation: The first is a law of macroeconomic convergence that makes all public spending outlays have the same nominal growth, that is, if we want inflation this year to be at 40%, all the variables that the government manages in terms of public spending , of monetary issue, must converge towards 40% and give a path so that the same number is 30% next year, 20 in 2024 and 10% in 2025, with quarterly accounts rendered by of the ministers who are in charge of executing these expenses, in front of Congress.

The second law is a change in the Organic Charter of the Central Bank, changing article 20 that allows it to finance the public sector and restricting to half the financing that the Central Bank today gives to the Ministry of Economy. And thirdly, once these two laws are in place, add a price and salary agreement with companies, not with business chambers, but with companies and workers. That is my vision of how to solve the inflationary problem in this context.

What is the National Government not doing in order to curb inflation?

The Government declared a war against inflation and this is not declaimed, this must be done. When this type of announcement is made, what it definitely generates is a natural remark behavior, so better than advertising is to do it with concrete plans because in this war against inflation we are losing the first leg 7 to 0 with a government that has players of the first C, and we still have 19 games to play until the end of 2023. I think it was a mistake to announce more things than are done and work a lot on the consequences, such as price increases, and not on the causes .

The Central Bank increased interest rates by 2.5%. Are these types of measures useful?

The Central Bank comes with its exchange and monetary policy running behind the events. In principle, the devaluation rate has been accelerating, if the first days of April are taken, it has risen from 40 to 60% annual devaluation. If you have a devaluation rate above the interest rate, you are clearly creating an incentive for exporters not to liquidate because they see a Central Bank that accelerates its rate of devaluation and with this recent rise in the interest rate it encourages the financial cycle of going from dollars to pesos, generating what is known as the “carry trade”. This happens because interest rates are taken advantage of, either in fixed terms with UVA or in titles such as those tendered by the treasury, but then when the harvest liquidation period passes, these swallowing capitals reverse their trend and generate the opposite effect. Because of these devaluation policies and rates, the only thing the BCRA is doing is encouraging the financial cycle.

Little by little, the gap between the official dollar and the blue is narrowing. Is this trend expected to deepen?

The trend stops at a gap of 70%, which is also given by the price of the solidary dollar that puts a floor on the gap to fall, therefore we are at a gap floor level that is linked to two factors: first that we’ve already entered the golden quarter in terms of bulk crop liquidation with soybean prices that have risen from $450 average last year to $600 this year, so there’s an extra bonus in terms of pricing, so is happening at the international level, that will undoubtedly generate greater settlement and fluidity in the foreign exchange market, but that only lasts in April, May and June.

And the second factor is the presence of investors or people who are switching from dollars to pesos, what they generate is bread for today and hunger for tomorrow, because if the government places debt in pesos, tied to rising inflation, this generates a ball effect. of snow on the government’s public debt. These two short-term factors are helping this exchange rate pax that is simply temporary.

The agreement with the IMF has shown the will of the shareholders of this financial institution to kick Argentina’s problems forward and avoid default. It is a 10-year program, but it has goals for the next 2 and a half years, with which it is clear that the fund’s shareholders have told us “let’s sit down again in 2023 and propose a program again.”

With my team at Fundación Capital we call this the “Postpone Plan” because it postpones the solution of Argentine problems. It is true that since Russia’s invasion of Ukraine there are issues that have to be reviewed, especially energy costs, energy subsidies, which will be impossible to reduce this year because Argentina is a net importer of gas, but In short, the program with the Fund is going to have to be recalibrated because it has complex goals to meet, in particular, the fiscal goal, and the reserve accumulation goal, since despite having had an excellent liquidation of foreign exchange 30% higher than that of the Last year, the Central Bank has not been able to accumulate reserves.

The Government plans to unfreeze the rates of basic services. How much do you think the percentage of increase should be?

I believe that the rates should increase according to the salary variation coefficient. Anses and Afip have enough databases to be able to mark what capacity to pay each of the citizens has; I think that in that sense the rates should move.

What economic prospects do you see for the coming months in Argentina?

In Argentina, political power has to be recomposed as a precondition for conditions to improve. At Fundación Capital we believe that if the political situation does not worsen beyond what we have now, we see a scenario with inflation of 65% for this year and a growth rate of 2.5% per year for 2022, basically a decline in the level of activity and high inflation.

Is there a chance that he will succeed Martin Guzmán and head the Ministry of Economy?

I’m not speculating, at this point in the match what I want is to help Argentina do well, and one can contribute from the private sector as I’m doing at the moment. I also have international commitments for different advice that I do even academically since I direct a master’s degree in Central Banking in Asia together with a Nobel Prize winner.

I think that for any professional who has to take that place or for Martin Guzmán himself, what is needed is an economic stabilization plan, anti-inflationary and simultaneous economic growth, a coherent economic team that has already worked, and that works as a team because today I see too much fragmentation in the economic decision-making process; there must also be laws to back it up. If these three conditions do not exist, it is very difficult to reverse this situation of mediocrity.