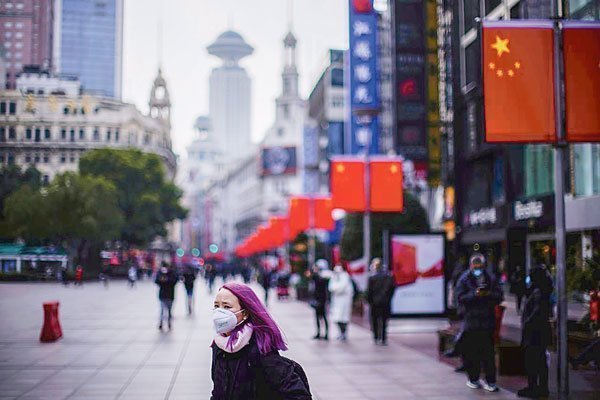 The Delta variant reminds that it is still a threat, with a new outbreak in China. Beijing has restricted entry to the city, and Chinese authorities warn that the outbreak may worsen in the coming weeks due to the winter season. There is fear that they will occur new quarantines in ports and factories, which aggravate the crisis in the supply chain.

Another issue for which China captures the market’s attention is the pilot plan for a property tax. The Chinese regime would have approved the extension of the plan, which would tax not only commercial or luxury properties, but also homes. Analysts warn that a major crisis could be provoked in the real estate market, aggravated by a malaise of the middle class.

The regional index in Asia falls 0.13%. In Europe we have a mixed session, and the Stoxx600 operates flat. Wall Street futures reverse their trend and line up with moderate hikes. The Nasdaq leads the advances, with 0.19%. There are a lot of expectations around tech stocks. Facebook begins today a week in which the large firms in the sector will report results.

So far it has been a good season. Reuters reports that 65% of Wall Street firms have reported better than expected figures, and 60% of the companies in Europe. The last of these was the HSBC bank, which today surprised with a 74% rise in its third-quarter profits and the announcement of a share buyback for US $ 2 billion.

Inflation is still present on the radar of the markets in the face of the rise in raw materials. Oil is up 1% again, and a barrel of WTI exceeds US $ 84. Copper rebounds 1.2% in London, amid reports of a further decline in inventories.

Not even the Fed can ignore inflationary pressures. In an interview last Friday, Jerome Powell stated that the Fed is on the way to start the withdrawal of stimuli, with a reduction in bond purchases. But, Powell insisted, “this is not the time to raise interest rates.”

In addition, there are political and regulatory risks that return to the scene. Turkey is promoting a new geopolitical conflict, with the expulsion of a dozen Western diplomats, including the US and German ambassadors. While in the US, Democrats accelerate negotiations to finalize Biden’s social and environmental plan, for about US $ 2 billion. Faced with the opposition to raise taxes on companies and income, a unrealized capital gains tax of the great billionaires. If approved, some 1,000 taxpayers in the US will have to pay taxes on the highest value of the assets in their investment portfolios, even if they do not sell them.

In Chile, the results of the latest Cadem survey show a consolidation of José Antonio Kast in the first place, with 23%, versus 20% of Gabriel Boric. Financial Journal reports the changes and risks that increased country risk would bring to investors and operations. The main headline is for an interview with David Card, 2021 Nobel Laureate in Economics, who raises interesting insights for the discussion on the minimum wage.

Tomorrow we will have a special edition of the podcast, dedicated to the crisis in the supply chain. If you have any questions on the subject, write me through my Twitter account @marcelavelez or my email mvelez@df.cl. Do not miss it.

What you should know this Monday before the market opens (+ Podcast)