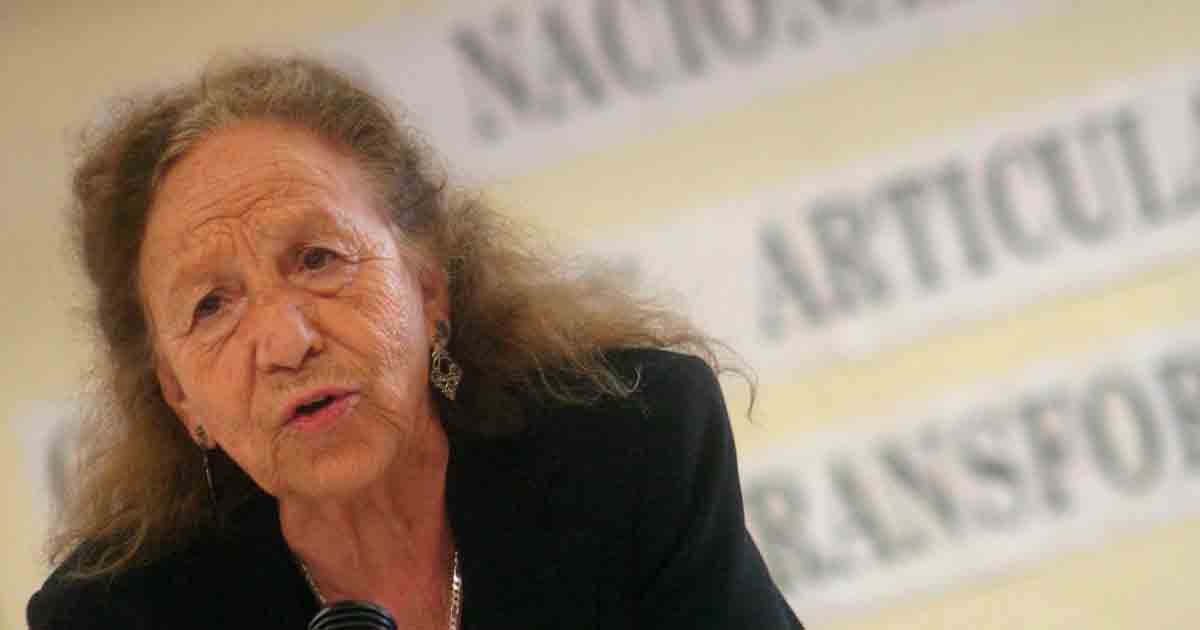 Pioneer in the defense of human rightspeace and democracy in Mexico, Rosary Ibarra of Stonewas born in Saltillo, Coahuila in 1927.

His birth name was Maria del Rosario Ibarra de la Garza and she is considered a tireless fighter, activist, and founder of one of the first organizations of mothers, fathers, relatives of the disappeared, the Committee Eureka!

Rosario Ibarra de Piedra served as deputy, senator and political adviser and became the first woman candidate for the Presidency of the Republic in 1982 and 1988 by the then Workers Revolutionary Party.

After the triumph of Carlos Salinas de GortariI am part of the protests against electoral fraud.

The CNDH regrets the sensitive death of the social fighter, Rosario Ibarra de Piedra, mother of our president, Claudia, Carlos and Jesús this morning in the city of Monterrey, Nuevo León. pic.twitter.com/Vi1OGKwwXP

His life as an activist began after the forced disappearance of his son Jesús Piedra Ibarra, accused of being a presumed member of the ‘Liga 23 de Septiembre’ guerrilla group, in 1974.

The young man was 19 years old when he was illegally detained in Monterrey by police officers who later handed him over to military authorities.

Rosario Ibarra began her struggle as an activist with the search for her son Jesús, for truth and justice, which was joined by dozens of mothers looking for their disappeared children or brothers.

In 1977 he founded the Committee for the Defense of Prisoners, Persecuted, Disappeared and Political Exiles, which would be known as the ¡Eureka! Committee, to demand justice and demand an end to impunity.

The group is made up of the mothers of the disappeared during the six-year terms of Gustavo Díaz Ordaz and Luis Echeverría.

Thanks to its existence, it has been possible to find more than 148 missing persons alive.

The phrase ‘They took them alive, we want them alive!’is a banner that is attributed to the committee and that is still valid today.

Rosario Ibarra also led several hunger strikes to demand amnesty for political prisoners and the presentation alive of the disappeared, as a result, in 1978, the then President Jose Lopez Portilloenacted the Amnesty Law, that allowed the freedom of 1,500 political prisoners, allowing the return of 57 exiles to the country.

In 2012, he opened the House of Indomitable Memory Museum to claim victims of forced disappearance, and disappeared for political reasons.

Ibarra de Piedra was a promoter of constitutional and legal reforms in favor of human rights and against torture and forced disappearance.

Who was Rosario Ibarra de Piedra, a pioneer in the defense of human rights?