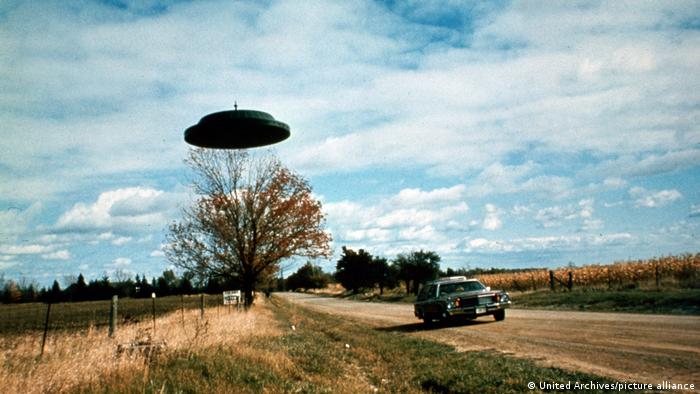 Among the many questions that have puzzled scientists for decades, the question of whether we are alone in the universe is certainly one of the ones that most captivates us as a species. And among the many possibilities within this question, there is a particular uncertainty that assails many experts: why has humanity never been visited by aliens (that we know of)?

Now two astrobiologists think they may have the answer: Extraterrestrial civilizations — like those on Earth — come and go, so they could be doomed to stagnate or die before they get a chance.

The new hypothesis thus suggests that any species that advances far enough to seize control of a planet and expand into space is likely to face a similar set of existential dilemmas in its survival. Thus, as space civilizations grow in scale and technological development, they eventually reach a crisis point where innovation no longer keeps pace with energy demand. What comes after is the collapse, thus losing the opportunity to visit new worlds.

The only alternative path, the hypothesis goes, is to reject an “inflexible growth” model in favor of maintaining equilibrium, but at the cost of a civilization’s ability to expand across the stars.

In other words, the “wiser” civilizations that recognize the dangers may prosper indefinitely, but not expand enough to reach us, while others collapse and fail to make contact.

The new theorypublished in the magazine Royal Society Open Science, aims to explain the Fermi Paradox –based on the reflections made in 1950 by the Nobel Prize-winning Italian physicist Enrico Fermi–, which asks why, considering that it is estimated that there are between 200,000 and 400,000 million stars and At least 100 billion planets in our galaxy, there have been no signs of extraterrestrial life.

“Civilizations either collapse from depletion or reorient to prioritize homeostasis, a state in which cosmic expansion is no longer a target, making it difficult to detect from a distance,” astrobiologists Michael Wong wrote in the study. of the Carnegie Institution for Science, and Stuart Bartlett of the California Institute of Technology.

“Either of the two results would be consistent with the observed absence of civilizations [en toda la galaxia]”, they added.

According to the researchers, these depleted civilizations would be the easiest for humanity to detect.

Cities grow in a “superlinear” way

Both analyzed previous studies that have shown that cities grow “superlinear” – at a faster rate than linear – thanks to their social nature. This growth inevitably leads to crisis points – or singularities – that cause rapid declines in growth, followed by an even more precipitous collapse, which could bring civilization to an end.

“If a civilization develops the ability to understand its own trajectory, it will have a window of time to affect fundamental change to prioritize homeostasis and long-term well-being over inflexible growth,” the paper argues, calling this an “awakening homeostatic”.

The easiest alien civilizations to spot

According to the researchers, these depleted civilizations would be the easiest for humanity to detect, as they would be altering their environments and dissipating free energy unsustainably, with planetary-scale fluctuations showing the highest signal-to-noise ratio.

“This raises the possibility that a good portion of humanity’s early detections of extraterrestrial life were of the intelligent, albeit not yet wise, kind,” the researchers wrote.

Observing these depletions (provided humanity is long-lived enough to do so) would provide possible confirmation of part of our hypothesis,” they added.

Laws that govern life on Earth

The researchers stress, however, that their study is just a hypothesis, and more research is needed to prove their theory. Their conclusions, they say, are drawn from observations of the laws that seem to govern life on Earth, and are designed to “provoke discussion, introspection, and future work.”

The new theory adds to other scientific and popular suggestions. Among them are the many practical problems posed by interstellar travel; that aliens could be secretly visiting us; or that aliens came to Earth too early (or humans too early) in the lifetime of the universe to make direct contact, according to ScienceAlert.

Another hypothesis, recently published by researchers at Peking Normal University, calculated how long it might take to establish contact with aliens. They estimated that a signal sent by an advanced species could take up to 400,000 years to be received by another. So the reason we haven’t received a signal may simply be that the communication lifetime of humans hasn’t been long enough.

Beyond seeing the vast universe in search of other intelligent beings, the new theory could serve to reflect on what course we want to choose as a species. Faced with this question, surely many will not want to opt, at least hypothetically, for “asymptotic exhaustion”. So, will we be able to reorient ourselves to prioritize homeostasis?

Why haven’t we heard from aliens? Astrobiologists give disturbing answer with a new theory | D.W. | 05.19.2022