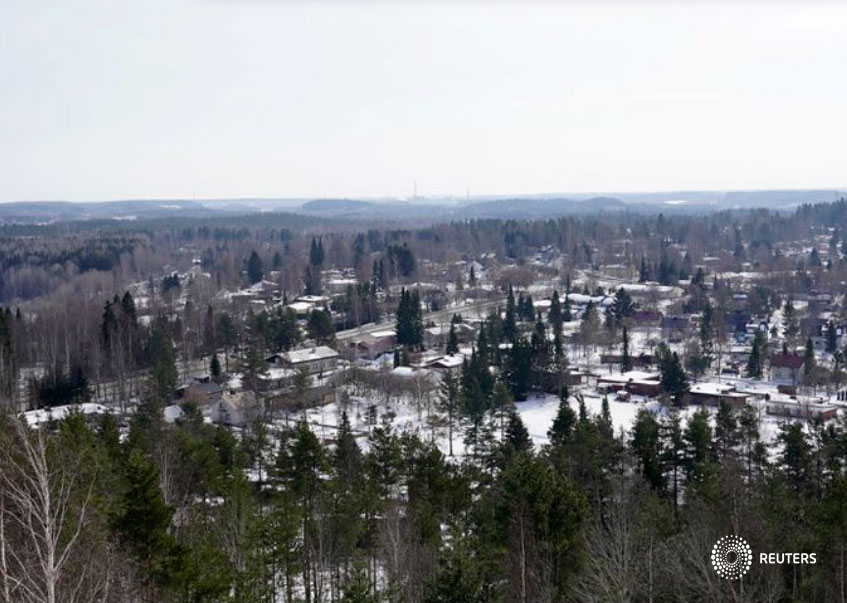 The sound of gunfire echoed around the Norwegian fjords as a line of Swedish and Finnish soldiers, positioned behind snowbanks, trained rifles and missile launchers on nearby hills ready for an enemy attack.

The drill, in March, was the first time Finnish and Swedish forces had formed a combined brigade in a scheduled NATO exercise in the Norwegian Arctic known as “Cold Response.” Neither country is a member of the NATO alliance. The exercise was planned for a long time, but the Russian invasion of Ukraine on February 24 added intensity to the war game.

“We would be quite naive if we didn’t recognize that there is a threat,” Swedish Major Stefan Nordstrom told Reuters. “The security situation across Europe has changed and we have to accept it, and we have to adapt.”

That sense of threat means that President Vladimir Putin, who has embarked on what he calls a “special operation” in Ukraine in part to counter the expansion of the NATO alliance, may soon have a new NATO neighbor.

Finland has a 1,300 km (810 mi) border with Russia. In a phone call on March 28, the country’s President Sauli Niinisto asked NATO Secretary General Jens Stoltenberg for details on the principles and steps for accepting new members, he wrote on Facebook. Finland’s leaders have discussed possible membership with “almost all” of NATO’s 30 members, and will present a review to parliament in mid-April, Foreign Minister Pekka Haavisto told Reuters.

Sweden, home to the Nobel Peace Prize and a country that has not fought a war since 1814, is more hesitant. But a recent opinion poll for a major Swedish television station found that 59% of Swedes wanted to join NATO, if Finland did.

For some in the alliance, the two countries sandwiched between Russia and NATO member Norway are already partners. US General David Berger, who is the commander of the US Marine Corps, told reporters at the drill that, membership politics aside, they were brothers in arms during training.

“For the Marines, on a tactical level… it makes no difference,” Berger said. “I just have to know that the unit there, they support me. They have me covered.”

Stoltenberg announced in early March that NATO was now sharing all information about the war in Ukraine with Sweden and Finland. Both countries regularly attend NATO meetings. At the exercises in Norway, Stoltenberg said “no other country in the world” are closer partners.

But he pointed out an important difference: “The absolute security guarantees that we provide to NATO allies are only for NATO allies.”

As non-members, Finland and Sweden’s combined population of 16 million do not have the protection of NATO’s guarantee that an attack on one ally is an attack on all.

Moscow did not respond to a request for comment for this story. He has repeatedly warned both countries not to join NATO. On March 12, the Russian Foreign Ministry said “there will be serious military and political consequences” if they do so, according to the Russian Interfax news agency.

Stoltenberg has said it would be possible to allow Finland and Sweden to join “quite quickly”. NATO has not commented on what an accelerated process would be; a US Defense Department spokesman said any decision would be made by the countries themselves, but their accession would have to be agreed upon by all 30 allies.

“President Putin wants less NATO on Russia’s borders,” Stoltenberg said in January, also referring to more allied troops in southeastern Europe, Poland and the Baltic states. “But he is getting more NATO.”

More than 1,000 km southeast of the NATO simulacrum, 80-year-old Markku Kuusela knows the real war. The retiree, who lives in Imatra, a city on Finland’s border with Russia, was evacuated to Sweden with his brother when he was a baby after his father was killed fighting a Russian invasion.

They returned to Finland only after the war ended.

“It’s always in the back of my mind,” Kuusela said, visiting the cemetery where her father is buried. Tears welled up in her eyes. “What it would have been like to have a father.”

But the Finns, fighting under the cover of dense forest, repelled the Russians, and since then Finland has had a clear goal: a strong defense and friendly relations with Russia.

The country built an army of conscripts – it has some 900,000 men and women in reserves – and according to the International Institute for Strategic Studies, one of the largest artillery in Europe.

For years, Finns and Russians have interacted extensively. This year, Imatra planned to celebrate a 250-year history of Finnish tourism since a visit by Catherine the Great, the Russian empress, in 1772.

Now the Imatra border station is deserted, its posts unused. Finland’s security service, known as Supo, says Russia’s military resources are currently focused on Ukraine and its own domestic operations, but warns the situation could change quickly.

The invasion of Ukraine prompted nearly 3,000 applications from Finns to join local reservist associations, as well as nearly 1,000 to women’s emergency preparedness groups, the groups said.

One of the applicants was Pia Lumme, a 48-year-old coordinator of the Finnish National Agency for Education who lives near Imatra. She remembered her grandmother’s war memories of her.

“I think all Finns share… the will to defend this country,” Lumme said.

Finland is one of the few European countries that maintains a national emergency supply of fuel, food and medicine. The construction of emergency shelters under every major building has been mandatory since World War II. The country says its 54,000 shelters have room for 4.4 million of the 5.5 million population.

Finns’ support for joining NATO has risen to record numbers in the last month, with the latest poll by public broadcaster Yle showing 62% of those polled in favor and just 16% against.

He learned, the security service, said on March 29 that Finland must guard against possible Russian retaliation to the Helsinki discussions on NATO membership, or interference in public debate.

“We don’t need to make snap decisions about our own defense, but certainly a potential application for membership could lead to us becoming a target for interference or hybrid actions,” Haavisto told Reuters in an interview. “Finland needs to prepare for that and also listen to how NATO countries would react.”