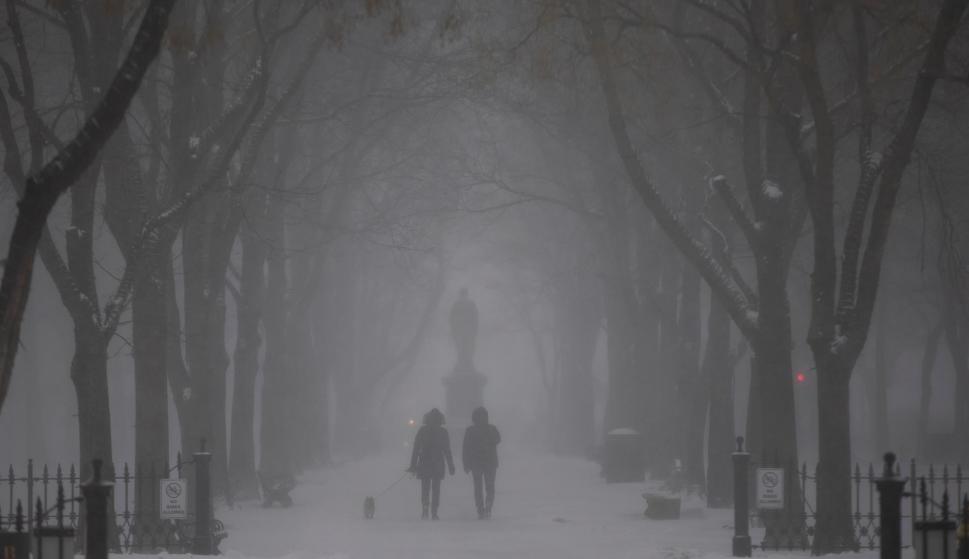 When we get together with friends and family we often hear complaints about how bad the weather is. The weather forecasts they are always on everyone’s lips because they affect our day to day life and our plans. Most associate them with the “time part”. This concept and supposed objective of meteorology is quite ambiguous and is at the expense of colloquial conversations, hence its supposed inefficiency may be present in the population.

However, weather forecasts have a more important purpose and have shown incredible improvement over the last 40 years.
In the last four decades a new goal of weather forecasting has emerged. Thanks to advances in knowledge and technology, meteorology has been able to save lives and help emergency services in preventing impacts and economic losses caused by adverse weather events. This has created great added value in the energy, agriculture, transportation and recreation sectors.

The benefit of weather forecasts far outweighs the cost of spending taxes on improving them through scientific research, computational resources, satellites, and other observation programs.

At the beginning of the 20th century, it was suggested that in order to correctly predict the behavior of the atmosphere, the laws of physics that describe it would have to be used. That is, give it a scientific character. The resulting system of nonlinear differential equations is very complex to solve. For this reason, numerical methods are required that can only be applied in computers through millions of simultaneous calculations, something that has only been possible for a few decades.

The meteorological research centres, with the European Center for Medium-Range Forecasts as the best exponent, have the best scientists in the world and have taken advantage of these capacities to make impressive progress in meteorological and climate physics.

Since the 1970s, there have also been meteorological satellites that have increased the capacity for observation and measurement in the free atmosphere and in remote areas of the planet.

This greatly improved the information to be able to start the calculations of the equations, and with it the weather forecasts.

Advances worthy of a Nobel.

These impressive improvements in numerical weather prediction have been described as a kind of silent revolution in physics, the result of the steady accumulation of scientific knowledge and technological advances over decades.

They had not had much visibility among the great recent achievements in physics until the 2021 Nobel Prize in Physics, which rewards studies of complex physical systems and, in particular, on the climate system (Manabe; Hasselman), of which the atmosphere is an essential part. .
The daily forecast made in the world’s great operational meteorology centers is, computationally speaking, comparable to the simulation of the human brain and even to the early universe.
Despite all these advances, weather forecasts are still not perfect. It is an unsolvable problem at the moment, given the chaotic nature of the atmosphere and the inaccuracy of the numerical methods used to solve the equations. Achieving perfection is a purely mathematical and physical problem.

One of the adverse meteorological phenomena that most affects regions is DANA (traditionally called cold drops). In this phenomenon we can perfectly verify the evolution of the improvement of weather forecasts in recent decades. The year 1982 marked a radical change in weather forecasting in Spain. In that year, the famous Pantanada de Tous occurred, where the intensity and duration of the rains caused the rupture of a dam whose flood left numerous fatalities and material damage. This event could not be notified by the then National Institute of Meteorology (now AEMET) or on the same day, which caused a very large investment in scientific, technological and human resources. Today this type of event can be forecast with a high percentage of reliability several days in advance.

Another phenomenon of great impact that has had a considerable improvement in its prediction are hurricanes. Only three decades ago, the predictions of the trajectories of these cyclones failed to provide a benefit to society to minimize their impact. However, today, these predictions have been a breakthrough capable of producing necessary mass evacuations of people and saving thousands of lives.

Another recent example was the storm Filomena, in January 2021. Heavy snowfall on the southern plateau was forecast several days in advance in extent, location, and intensity. The complex combination of atmospheric conditions necessary to give rise to this winter phenomenon in the dimensions in which it occurred, so unusual, is a milestone in weather forecasting in our region, and this has been indicated by various subsequent reports.

The extreme weather events they are among those that cause the most risks, which is why it is essential to deepen the scientific investment that began decades ago, and to put aside old methods and traditions that have not proven to benefit society as the application of science to prediction has done weather. This is a clear reason why governments should continue betting on it.
The media are essential to convey information accurately and truthfully. It is ridiculous and absurd when certain media comment on supposed forecasts based on folkloric ideas and without a scientific basis, such as cabañuelas, which are a meteorological horoscope.