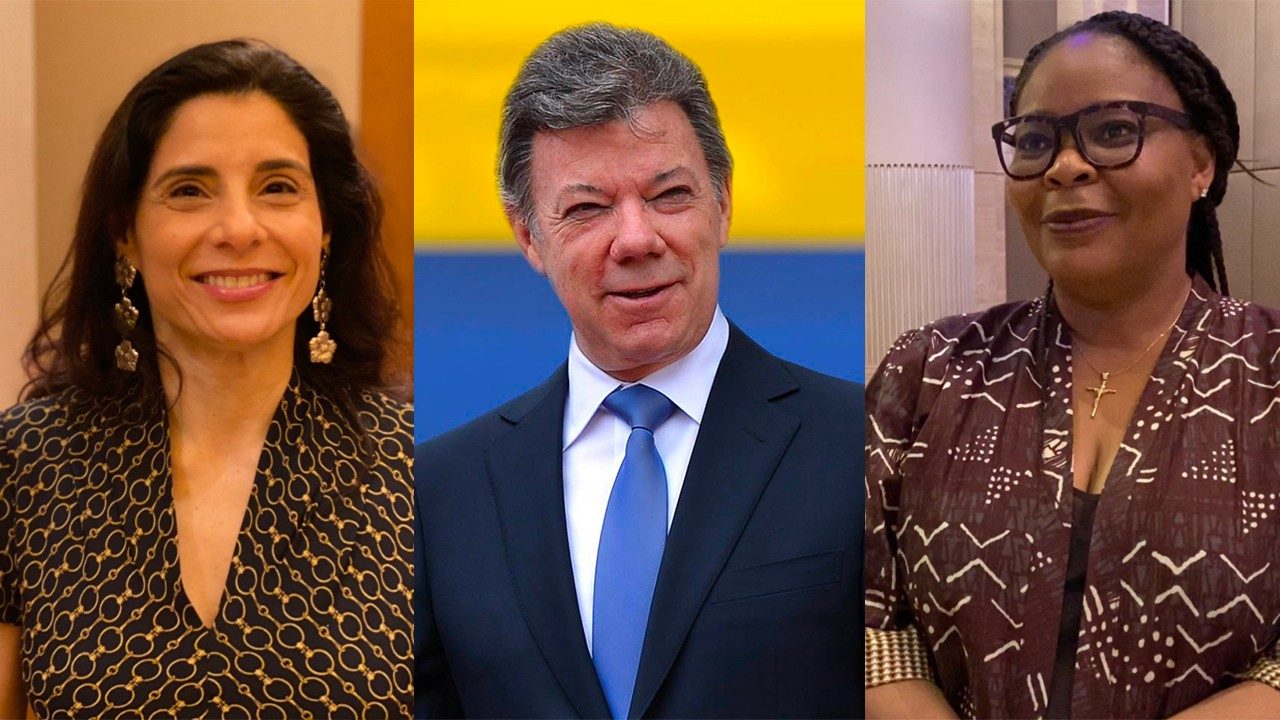 In the run-up to the 2022 Zayed Prize award ceremony, two Nobel Peace Prize winners and an activist against extremism comment on the profound relevance of the values ​​promoted by the historic document signed in 2019 by Pope Francis and the Grand Imam of Al-Azhar . In addition, from their own experience, they point out ways to accelerate that in the world we recognize each other and truly live as brothers.

The struggle for peace and the harmonious development of peoples does not stop, despite the fact that a new war has wounded the world for three days. Thus, while tensions between Russia and Ukraine have already escalated into a warlike phase, everything is being prepared in Abu Dhabi to award the 2022 Zayed Prize to the Haitian Fokal Foundation and the King and Queen of Jordan, in recognition of their efforts to promote the human brotherhood. Precisely this award was instituted as one of the first fruits of the Document of the Human Fraternity for world peace and common coexistencesigned on February 4, 2019 by Pope Francis and the Grand Imam of Al-Azhar, Ahmed Al-Tayeb, a prominent leader of Sunni Islam.

In this scenario, the values ​​promoted by the Document regain their relevance, and those who have dedicated their lives to favoring the reunion of nations that faced serious armed conflicts and the deep division of their societies know it well. The former President of Colombia, Juan Manuel Santos, assures that it is urgent to promote “empathy to understand and accept those we consider different, compassion to show solidarity with the weakest and achieve more justice, and accept that we are all one race, the human race, and we all live in the same house, the planet earth”. Despite the fact that he was harshly criticized by certain sectors, the politician and economist negotiated the end of the guerrilla that devastated his country for more than half a century and reached an agreement that was not only honored with the 2016 Nobel Peace Prize, but also celebrated. by Pope Francis on his apostolic trip to that coffee land the following year.

From her commitment as a peace activist who contributed to the end of the war in Liberia in 2003, Leymah Gbowee adds the dimension of respect as essential to living Human Fraternity. “I believe that if life, the culture of the people, their religion, their way of life, their political ideology are respected, we are on a good path.” This is how she lived it during the 13 years that the armed conflict lasted. When the negotiations between the parties had become sterile, she encouraged Christian and Muslim women to implement non-violent protest actions, prayer meetings and, above all, to sit down and talk. In this way she understood the fruitfulness of dialogue, which is another of the values ​​that she considers fundamental. “When you don’t understand why they do what they do, you have to seek dialogue to clarify it,” she specifies with the aplomb of an experience that earned her the Nobel Peace Prize in 2011.

Another person who has broken the circle of hatred and resentment is the American Leah Pisar, who as president of the Aladdin Project fights anti-Semitism and all forms of extremism by teaching the lessons left by the Jewish Holocaust. She is the daughter of an Auschwitz survivor who lost her entire family in the war. She learned from her father’s testimony and resilience that her enemies are not something inheritable. For her “Human Fraternity is an absolutely universal principle that transcends religion and overcomes any type of differences. It is so important and so vital, especially today when unfortunately the world is exploding in various places, I think it is even more central. Sometimes, when we go through difficulties, we have to focus our eyes on what is really basic, in order not to lose sight of what matters most, and I would say that it is the Human Fraternity. It should be so obvious that we shouldn’t talk about it, but today we do and that’s why we are here”, she affirms as a member of the jury gathered in Abu Dhabi for the delivery of the Zayed Prize 2022.

The participation of the people

The Document signed by the Pope and the Grand Imam begins by affirming that “faith leads the believer to see in the other a brother that he must support and love. By faith in God, who has created the universe, creatures and all human beings —equal by his mercy—, the believer is called to express this human brotherhood, protecting creation and the entire universe and helping all people, especially the most needy and poor. It is an affirmation that points to the dignity shared by all the men and women of the earth and, therefore, to their necessary participation in the destiny of their peoples. That is something that Juan Manuel Santos and Leymah Gbowee evidenced when looking for viable and concrete solutions for peace.

“The victims of the armed conflict in my country, Colombia, after half a century of suffering all kinds of atrocities, were the most enthusiastic and generous when the time came to accept special justice to end the war, which gave them benefits and in many cases he pardoned the perpetrators in exchange for the truth. They did it ‘so that others don’t suffer what we suffer’, they told me in what for me and for many was a beautiful life lesson”, relates former President Santos.

Gbowee recalls that, as an expression of Human Fraternity, Christian and Muslim women in Liberia “use our differences, our various collective forces to bring peace to a nation that was torn by war.” In inclusion and dialogue they found the key, something that according to her is also practiced today by women in the midst of the tensions and armed conflicts that are suffered in the Congo, Yemen and Syria.

But, just as citizens have much to say and essential roles to play, the leaders of nations are responsible for deciding, and the Document of Human Fraternity is addressed to them as well. It is a difficult task, when particular interests and the dizzying pace of political life leave no room for reflection that favors a culture of encounter and dialogue. That is why for Leah Pisar it is necessary to have a permanent conversation about these issues. “The more it is talked about around the world, locally, in communities, nationally and internationally, the more it will be remembered how important it is, and the more its leaders will be expected to take it into account in their work as well. thought and in his leadership”, affirms who, in addition, was a communications adviser to President Bill Clinton in the United States.

Also for Juan Manuel Santos, giving an example of what he lived through is an appropriate strategy to encourage and convince world leaders: “Sign peace with the oldest and most powerful guerrilla in the Western Hemisphere after 50 years of war, which many considered impossible, He showed that every conflict has a solution if we are able to put ourselves in the shoes of our adversaries and recognize that we are all human beings. Living in an environment of peace, even if it is imperfect, is always, always better than living in war or in permanent conflict”, he maintains.

Even more practical is Leymah Gbowee, who declares herself an admirer of the Encyclical Letter Fratelli tutti of Pope Francis. In her opinion, everyone should know about it, from world leaders to children. “Wherever I go I tell everyone they have to read this. And the essence for me is that this letter is a roadmap for world peace, for justice and for our collective humanity, just like the Document on Human Fraternity”, concludes the Liberian Nobel laureate enthusiastically.