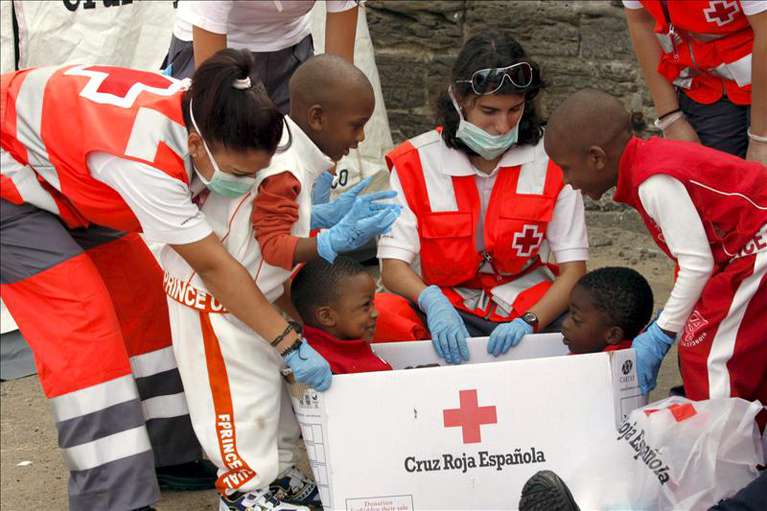 Every May 8th is celebrated the World Day of the Red Crossthe largest and oldest humanitarian network. And that date has a first and last name: Henri Dunant. He was a Swiss businessman, philanthropist and humanist who founded the organization on February 17, 1863. And his work was so strong that, in his honor, it was decided that the day of his birth, which was May 8, 1828 in Geneva, be considered to celebrate the creation of the health organization.

All of Dunant’s work did not go unnoticed in the world, to the point that the Swiss was chosen as the first winner of the Nobel Peace Prize. Witnessing a bloody battle on Italian soil gave him an overwhelming desire to found a non-governmental organization that would ultimately become the Red Cross.

World Red Cross Day: the hero behind its creation

Henri Dunant was a businessman with a strong vocation for solidarity. From an early age, Jean-Jacques Dunant (his father) and Antoinette Dunant-Colladon (his mother) instilled in him the values ​​of camaraderie and solidarity.

At just 18 years old, Henri founded in Geneva the “Thursday Association”an organization in which a group of young people met to study the Bible, help the poor and also visit prisoners in prison.

Nevertheless, his life changed in 1853. That year, the company he worked for sent him on a trip to Algeria, Tunisia and Sicily, where in addition to writing his first book, “Story of the Regency in Tunisia”, he founded a company for the cultivation and trading of corn in Algeria.

Having problems with the granting of land, Henri asked the French emperor Napoleon III to intercede, so he moved to Solferino, in Italy, a small town where the emperor’s entire army was located.

Dunant arrived in this Italian town on June 24, 1859, the same day that the Battle of Solferino took placea bloody battle between the Austrian and French armies that ended with thousands of dead on both sides.

I also read: Argentine Red Cross Day: why it is celebrated on June 10

In the midst of desolation Dunant saw about 40 thousand wounded soldiers in the middle of the battlefield in Solferino, so he decided to help them. Under the motto “we are all brothers”, the Swiss he organized field hospitals and asked the local population to help him. There, the seed was planted that, a short time later, would shape the spirit of the Red Cross.

On his return to Switzerland, Dunant wrote another book detailing what had happened at Solferino and also traveled through Europe seeking to create a neutral organization to provide care for soldiers wounded in the various battles. Thus, in the end, the Red Cross was born.

In 1901, together with the French politician and economist Frédéric Passy, Henri Dunant received the first Nobel Peace Prize.

“There is no man more deserving of this honor, for it was you, forty years ago, who launched the international organization for the relief of the wounded on the battlefield. Without you, the Red Cross, the supreme humanitarian achievement of the 19th century would probably never have been achieved,” commented the Organizing Committee of the award then given to Dunant.

On October 30, 1910, Dunant passed away at the age of 82. His remains were buried in Switzerland. And in his memory, the Red Cross awards “the Henri Dunant medal”, the highest decoration offered by this humanitarian organization.

On the official site of the International Red Cross, the bases of this organization are clearly read. “The International Committee of the Red Cross, founded in 1863, works around the world to provide humanitarian aid to people affected by conflict and armed violenceand to promote laws protecting victims of war.

It is an independent and neutral Institutionits mission derives essentially from the Geneva Conventions of 1949. Located in Geneva, Switzerland, employs around 20,000 people in 100 countries; its funding is mainly based on voluntary donations from governments and National Red Cross and Red Crescent Societies”.

World Red Cross Day: why it is celebrated on May 8