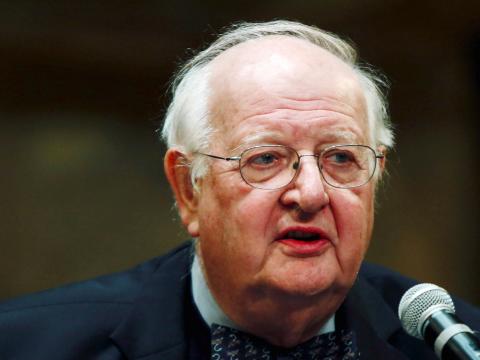 Angus Deaton is one of the few solo laureates of the Nobel Prize in Economics, which he received in 2015 for his work on consumption, poverty and well-being. In a chat with Business Insider, recounts how he experienced the maelstrom of information after a phone call that changed his life.

“It turns out it was a lot of fun,” says the economist, recounting that the winners enjoy a full week’s trip to Sweden, where a chauffeured BMW awaits them and they are treated like heads of state.

“They call you at 6 in the morning. A normal call, in which they tell you that you have 45 minutes to prepare for a press conference, ”she says.

It was not entirely a surprise, since he admits that, despite the untimely hours, he spent a long time sitting by the phone waiting for the call.

To smooth over emotionally charged news, those of the Swedish Academy always ask an acquaintance or friend of the winner to be the one to give them the good news. In Deaton’s case, the chosen one was Torsten Persson, a friend for nearly three decades, chairman of the committee at the time and a fellow at the Stockholm Institute for International Economic Studies.

“From that moment I let myself go. The Princeton team is already prepared for this, and within 10 minutes of giving the press conference, they were already at my house,” she says.

Although there is no official list of candidates, the rumors that precede the naming of the winners are usually quite successful. Deaton claims that he knew he could be the chosen one, although “he could name another 100 very good ones”.

What happens after that call?

”You go to Stockholm for a week and they treat you like a head of state. You don’t go through customs, or immigration, for example. At the door of the plane you are greeted by the president of the Swedish Academy and a BMW with a driver awaits youavailable to you throughout the week”, says the teacher.

During that period, the awardees have a very tight schedule, although they can reserve some time to spend with the 14 guests they can bring with them, in addition to their wife.

“Choosing the 14 companions is very difficult, because there are people who have to stay out and to whom you have to send an email saying, ‘I’m sorry, but they couldn’t get you a ticket,’” says Deaton.

In addition to inviting close collaborators of his work, the economist took the opportunity to invite his closest relatives. “It was a kind of family reunion, because I spent a lot of time with my children and grandchildren“, remember. “My grandson became a kind of national Swedish TV superstar. So that part was just great.”

Asked if there are disadvantages attached to the award, the professor states that “your life changes in many ways and sometimes it is not clear how you can cope“, Explain.

Angus Deaton coined the term “smooth consumption” as the central axis of the theory that earned him the respect of the Swedish Academy. This is based on what most people do not change their consumption habits, even if their salary fluctuates up or downremaining practically constant.

“You have 45 minutes”: This is what happens when they call you at 6 in the morning to tell you that you have won the Nobel Prize

The Netflix biopic starring Kevin Spacey that we may never see
What are the temperature and touch receptors for which David Julius and Ardem Patapoutian won the No...
Insectos, historias extraordinarias de hormigas y abejorros
Tweet
Share
Share
Pin
Other links: https://awardworld.net/resources/