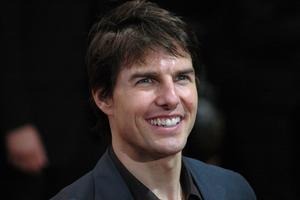 The Franco-German channel is offering an evening 100% dedicated to the hero of Top Gun: Maverick with a movie, The color of money by Martin Scorsese and the rerun of a documentary.

Already broadcast in November 2020, the documentary Tom Cruise: Body and Soul (2019), signed Régis Brochier, retraces, of course, the career of the actor, but also heavily insists on his belonging to the very controversial Church of Scientology. The documentary, for example, dares to reread certain scenes from Tom Cruise films through the prism of Scientology, which is a bit far-fetched. In general, Tom Cruise: Body and Soul is unfortunately not very nuanced but, in any case, it must be admitted, who can boast of having pierced up to date the soul of Tom Cruise? The actor also gives fewer and fewer interviews – he has given none to the French press for Top Gun: Maverick .

” READ ALSO – Top Gun, the film that brings the French back to the cinema

Dated 2019, the documentary inevitably suffers from the absence of this undeniable fact: with Top Gun: Maverick , the actor has written an incredible new chapter in his career. The end of the documentary describes him as a lost soul, a man “isolated“, however, he lives there, at 59, one of his most beautiful periods of his life. Cruise pulled off the feat of bringing people back to theaters with Top Gun 2. He created the event at the last Cannes festival, where he was honored with a Palme d’Or and a six-minute standing ovation that brought tears to his eyes. He even gave a master class on cinema and acting.

Tom Cruise: Body and Soul is interesting if you want to see the actor’s first screen tests, as a teenager, for Risky Business (1983) and see to what extent he was already a born actor, of a rare intensity in his first films (little known in France) Taps by Harold Becker and Underdogs of Francis Ford Coppola. Very invested, very involved in each of his films, he is also very interventionist in their production. But it works for him, he waited more than 30 years to do Top Gun 2 according to his demands such as actually flying an F/A-18 (as well as the other main cast members): “For years we’ve been told, “Can’t you shoot in CG?” explained Tom Cruise. I always answered no, that was not the experience to live. I warned those around me: “I have to find the right story. And we’re going to need the right team. This film is a story of precision and virtuosity. It’s not a game, for me.”»

In France, three weeks after its release Top Gun: Maverick became the number 1 film of the year with more than 3 million viewers and experts believe it could reach 5 million. It ranked number 1 at the world box office and has since its release last May accumulated the deafening figure of more than 750 million receipts worldwide. Top Gun (1986) also became number 1 in sales on video-on-demand platforms. Always more ambitious, Tom Cruise will shoot some scenes of the 8th part of Impossible mission in space aboard the International Space Station (ISS). In the meantime, we will find it in the seventh part of the saga, Dead ReckoningJuly 12, 2023.