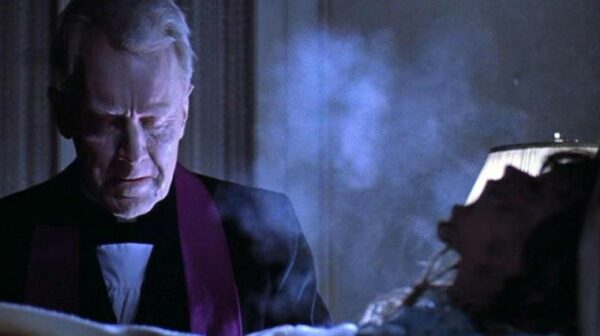 The good atmosphere does not always reign on the film sets… The proof with these 5 directors, known to play with the nerves of their actors!

Director William Friedkin on the set of The Exorcist

If the horror film frightened you, wait a bit to find out in what conditions the actors had to shoot it… William Friedkin absolutely wanted to capture the real fear on the faces of his actors and for that, the director did not hesitated to scare them throughout filming. How was he doing? Simply by firing shots with a revolver at totally unexpected times… Obviously surprised and probably a little terrified by this behavior, the actors did not hide their emotions, bringing out their fear on the screen. Filming must not have been easy for them mentally…

Moreover, the board was known to be cursed. No fewer than nine people associated with the film lost their lives during, or shortly after, filming. The best known was Jack MacGowran, who played Burke Dennings, who died a few weeks after the film’s release. On the set, a fire also broke out, interrupting filming for six weeks.

Stanley Kubrick during the filming of shining

There’s no denying it, the twins of shining are certainly among the scariest children in horror films… While Stanley Kubrick is known for his perfectionism and his intransigence towards his actors, on the set of shining, Shelley Duvall, the interpreter of Wendy, paid the price for the behavior of the director. The actress opened up about the emotional abuse she endured on set in an interview with The Hollywood Reporter.

Shelley Duvall’s character had to scream constantly throughout the day, she testifies: “After a while, your body rebels. He says stop doing this to me. I don’t want to scream every day. ». Stanley Kubrick had the famous scene in which Wendy tries to fend off her husband with a baseball bat 127 times and Shelley Duvall had no right to make any mistakes in each of her scenes. In the documentary Making The Shining directed by the daughter of Stanley Kubrick, we even see the filmmaker asking his colleagues not to show any compassion towards the actress…

Alfred Hitchcock for the movie The birds

Alfred Hitchcock was famous for being totally obsessed with his actresses… During the filming of the film The birds, the director has more than crossed the line with his main actress, Tippi Hedren. Just to shoot the scene of the attack of the birds, Alfred Hitchcock decided to send real birds on the actress, in order to add more realism to the screen. Since he couldn’t get the result he expected, he even ended up tying the crows directly on her…

In addition to dangerous working conditions, the director harassed her off set to give in to his advances. The actress’s colleagues were also not allowed to spend time with her, at the risk of incurring the wrath of Alfred Hitchcock. Tippi Hedren was nevertheless obliged to work a second time with the director, because of the clauses of his contract.

Abdellatif Kechiche on the set of The Life of Adele

You must not have missed the films of Abdellatif Kechiche, known for having directed The Life of Adele and Mektoub, my love. Did you know that the filming conditions for these two films had been denounced by the teams? The Syndicate of Audiovisual and Cinema Industry Professionals took up the case, denouncing the breaches of the Labor Code on the set of the film which won a Palme d’Or in 2013. Léa Seydoux and Adèle Exarchopoulos opened up during an interview with The Daily Beast newspaper about the mental strain they experienced while filming.

The two actresses say that they had to shoot more than 100 takes for a scene of 30 seconds, Léa Seydoux adds: “To At the end, Kechiche exploded in anger because as I passed Adèle I laughed a little”. On the set, several members of the team did not resist the behavior of the director, leaving the filming along the way. A scandal had also erupted when the film was released. Mektoub, my love, a few years later, in which the actress Ophélie Bau had not had the right to give her opinion for a scene of cunnilingus which lasted 13 minutes in the film. The actress had even left the room in full broadcast at the Cannes Film Festival.

Apocalypse Now is one of the masterpieces of cinema and, however, its shooting was not easy… Francis Ford Coppola chose to shoot his film in the middle of a war zone, in the Philippines, and explosions occurred near the location. Sacred filming conditions suffered for several months by the actors. Martin Sheen had a heart attack during filming, while Francis Ford Coppola ended up having attacks of paranoia afterwards…

5 directors famous for being terrible with their actors