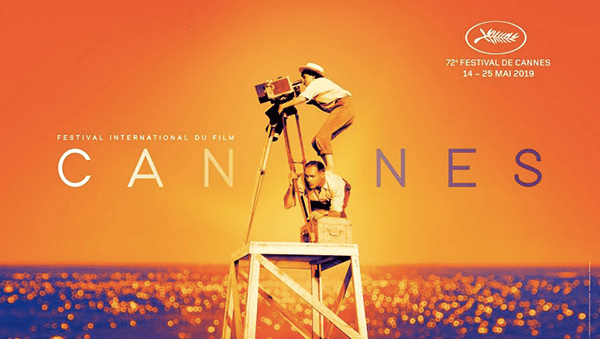 “When a Palme d’Or rewards a great master, as was the case for Malick, Haneke or Polanski, it is extraordinary because we have the feeling that the Cannes winners match history. I wish she was always that Grail that drives filmmakers mad with desire for her. That she continues to consecrate talent by rewarding great artists, or to discover who will be the promising filmmakers of tomorrow. »- Thierry Frémaux, General Delegate of the Cannes Film Festival

# 1 Why does the trophy represent a palm?

In 1955, the organizers of the Festival asked jewelers to imagine a trophy. Following this competition, the jewelry designer Lucienne Lazon, wins the adhesion of the jury with the proposal of its palm. The latter is a direct reference to the palm trees of the famous Croisette and to the historic coat of arms of the city.

The prestigious design of this trophy will nevertheless be abandoned in 1964 to return to the front of the stage in 1975.

Since 1998, thehe creation and realization of the Palme d’Or are entrusted to the Swiss Haute Joaillerie House Chopard, which has become one of the main partners of the event. This jewel weighs 118 grams of ethical 18 karat gold certified Fairmined and is made from a wax mold to be then polished and fixed on its base. Thus, the palm rests on a rock crystal cushion that has the appearance of a diamond, sublimating a delicate palm with 19 leaves plated with yellow gold. The realization of this jewel requires forty hours of work by five craftsmen of the House.

# 3 La Palme d’Or, a commitment to social and environmental responsibility

Member of the Responsible Jewelery Council (RJC), Chopard launched in May 2013, on the occasion of the 66th Cannes Film Festival, the “Journey to sustainable luxury” program. which aims to encourage the development of responsible and ethical luxury. In addition, the same year, the jeweler launched its Green Carpet collection. Chopard is therefore committed to using materials resulting from responsible and socially and environmentally transparent practices. The creation of a “Fairmined” certified gold palm bears witness to this commitment.

For the first time this year, in addition to manufacturing the prestigious Palme d’Or, theThe Maison Chopard workshops will produce all the trophies awarded during the closing ceremony of the 2018 Cannes Film Festival. Thus, Chopard confirms its status as a must-have at the Festival by working to create all these official prizes …

# 5 Who received the most Palmes d’Or?

5 things to know about the Palme d’Or, trophy of the Cannes Film Festival