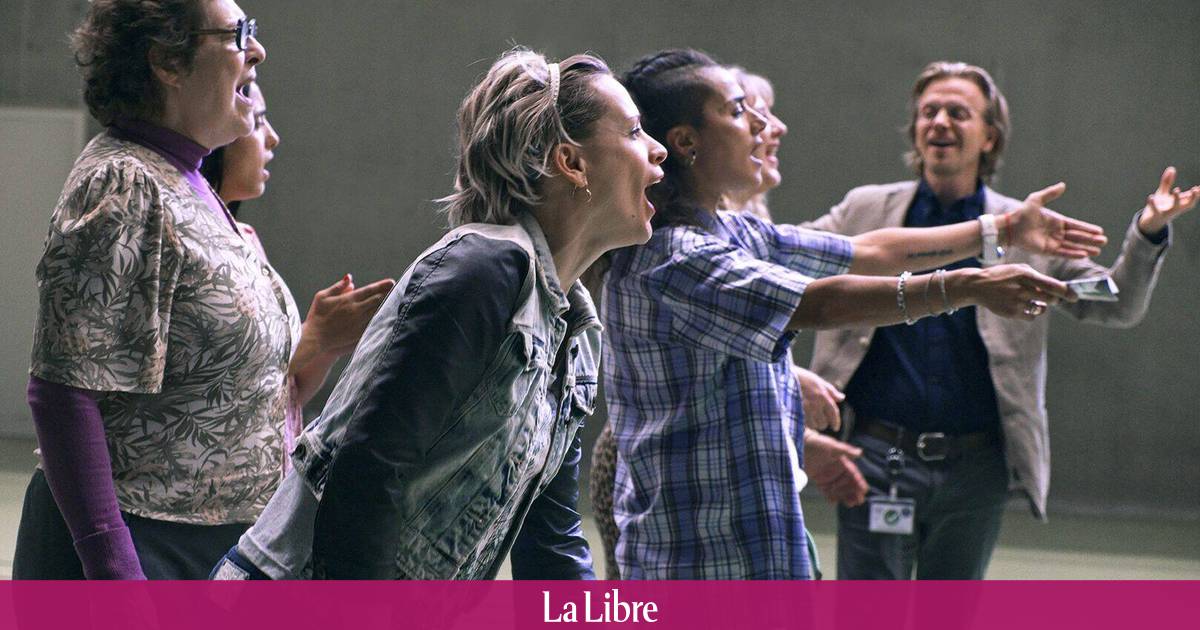 From March 11 to 19, the Mons Film Festival, created in 1984 by Elio Di Rupo – which has long earned the meeting its reputation as a “socialist” festival – will celebrate its 37th anniversary. In 2019, a new team took over the reins of the event, dusting it off, notably by removing its name as a “love film” festival. What to open to a broader programming. And it is clear that this 2022 edition promises to be exciting.

At the opening, Étienne Comar will come accompanied by Veerle Baetens and Hafsia Herzi to present a preview ofIn the shadow of girlshis second feature film after his biography of Django Reinhardt in 2017, with Reda Kateb and Cécile de France.

Eight days later, it is a Walloon, Bouli Lanners, who will close the event with Nobody Has to Know (photo), his first English-language film, a Scottish romance which he shares with Michelle Fairley (especially known for her role as Catelyn Stark in the series Game Of Thrones), which will be released in theaters a few days later, on March 23.

Focus on Ferrara, Pasolini and Cantet

Among the hundred Belgian and foreign guests who will come to present their films or participate in the various juries, the Mons Festival will honor some big names in the 7th Art. Now based in Rome, New Yorker Abel Ferrara will come to give a master class Saturday March 12. While festival-goers will be able to review his cultism King of New York (1990) with Christopher Walken and his Twilight Pasolini (2014, pictured) with Willem Dafoe. And this on the occasion of the centenary of the birth of the great Italian writer and filmmaker , to which the festival will devote a small exhibition, but above all a symposium with, among the guests, two politicians: the former Minister of Culture MR Richard Miller and the president of the PS Paul Magnette, a great connoisseur of Pasolini. The film chosen to be shown on the big screen isAccatone

©Cineart On March 16, it is Laurent Cantet who will meet the public of Mons during amaster class following the screening of his new film Arthur Rambo (photo), in which he returns to the Mehdi Meklat affair. The Festival is also rescheduling four of its films: The Workshop (2017), Foxfire (2013), Back to Ithaca (2014) and, of course, its Palme d’or 2008Between the walls

©CineartMore original, Mons will also honour, not a director or an actor, but a great Belgian cinematographer: Benoît Debie, who made his debut alongside Fabrice Du Welz (Calvary ,Vinyan …) and Gaspar Noé. On the menu of the focus dedicated to him, three films by Noé:Irreversible ,Climax and, ahead of its theatrical release 13/4, the heartbreaking Vortex with Dario Argento and Françoise Lebrun (photo). Without forgetting the explosive and colorful spring breakers

Two competitions or nothingIn total, around a hundred films from 21 countries (including 78 feature films) are on the festival menu. Chaired by English filmmaker Michael Radford (1984 ,Il Postino ,The Heist of the Century ) — who will be assisted in particular by Belgian actress Lucie Debay and French actor Aurélien Recoing — the jury will screen 11 films before awarding their grand prize. Among these, The Beehive by the Belgian Christophe Hermans, with Ludivine Sagnier and Sophie Breyer, orMi Iubita my love

©DR The other competition, “Les 400 coups”, devoted to seven more offbeat works (such as the very intriguing blood orangesby Jean-Christophe Meurisse, with Denis Podalydès and Blanche Gardin, in photo), will be decided by a jury chaired by the brilliant Jean-Benoît Ugeux, actor and director of numerous short films ( east pack Wherebelgium-20 , which was in the running for the Magritte this year). At his side, we find the Belgian actresses Mya Bollaeers (seen in particular Lola towards the sea by Laurent Micheli) and Babetida Sadjo (seen in In his lifetimeby Emmanuelle Bercot) or the filmmaker and former figure of organized crime François Troukens (Killers

Many previews Among the forty previews which the public of Mons will be able to attend, often in the presence of the teams, let us also note The Way to Happiness by Nicolas Steil, with Simon Abkarian and Pascale Arbillot,Brittle the first feature film by Emma Benestan, the very disturbing Red Rocket of the American Sean Baker (discovered with The Florida Project in 2018) or Of our wounded brothers by Hélier Cisterne, adaptation of Goncourt’s first novel 2016 by Joseph Andras, with Vincent Lacoste and Vicky Krieps. But also social comedy Squad of Louis-Julien Petit, who, after The Invisibles in 2018, finds Audrey Lamy as head cook in a reception center for unaccompanied minor migrants. Or the great return of Frenchman André Bonzel (the co-director of a certain It happened close to you in 1994), who will present his documentaryAnd I love to fury

collage of amateur films in the form of a self-portrait to music by Benjamin Biolay. Finally, just before its theatrical release on March 16, we will enjoy the wonderful I don’t give a fuck

The Cinematek is also devoting an exhibition and a retrospective to Pasolini from 4/3 to 8/4 (we will come back to this).

A 37th edition in style for the Mons Festival