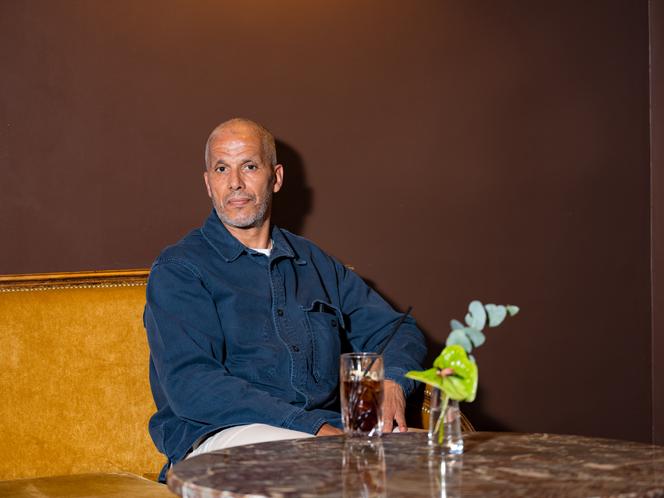 Avoid having an aperitif with an actor who is about to go on stage. We will know now. Especially when the artist in question is a bit wild, takes things to heart, and what awaits him isn’t really fooling around. When you find Sami Bouajila at the Negresco bar, a kitsch-chic institution on the Promenade des Anglais in Nice, he does the job, polite, smiling. However, we feel that we are not arriving at the right time. Usually, at this time, he remains quiet in his hotel room before taking the road to the Anthéa Theater in Antibes, which welcomes him once again, and until May 14, after two postponements due to Covid-19. The aperitif, he has nothing against, he is even rather for, in normal times. But at home, on weekends, with friends around a good bottle of natural red wine. “I like this friendly moment when we get drunk, where the barriers push back. » ” Without excess “, he adds, but that, we had guessed it. With us, it will be Coke Zero on the rocks and maximum concentration, as if to get it over with as quickly as possible.

“I played a dead man in an episode of ‘Navarro’, I was taken out of the fridge, my mother never recovered”

A few hours later, seeing him play in Disgrace, a play by Ayad Akhtar subtly directed by Daniel Benoin, we will better understand the pressure. He plays Amir, a lawyer married to a New York Jewish artist, whom the attacks of September 11, 2001 come to strike in his life and his illusions. This “Apostate Muslim” as the character defines himself, is suspected of defending terrorism. Overwhelmed by hatred of the Other, he will only find a form of redemption after having been the worst of himself, sacrificing his reputation, his friends and his couple in the process. A shocking, complex and powerful text that questions and leaves this audience in the south-east of France a bit floating. A daring choice at a time when questions of Islam and immigration have been debated for months by the far-right presidential candidate Eric Zemmour. “Nothing has changed since 2001, this statement is still very topical, sighs Sami Bouajila, deaf to the chatter of the tourists who, behind him, clink glasses with multicolored cocktails. Amirs, there are plenty of them, men crushed with pain and hatred who deny themselves. » We have a feeling that it sounds tough.

Also listen Sami Bouajila: “The gaze of the other only looks at the other, I no longer undergo it”

The actor, white hair cut short, light pants and navy shirt, classy and relaxed at the same time, was born fifty-five years ago in Isère to Tunisian parents. A son of immigrants like hundreds of thousands of others, who grew up at a time when one could still believe that this whole story between France and its former colonies could end well, when the words “Republic” and “integration” sounded like promises of harmony, where one could dream of a happy and proud diversity.

You have 63.97% of this article left to read. The following is for subscribers only.

An aperitif with Sami Bouajila: “France is struggling with its populations of immigrant origin”