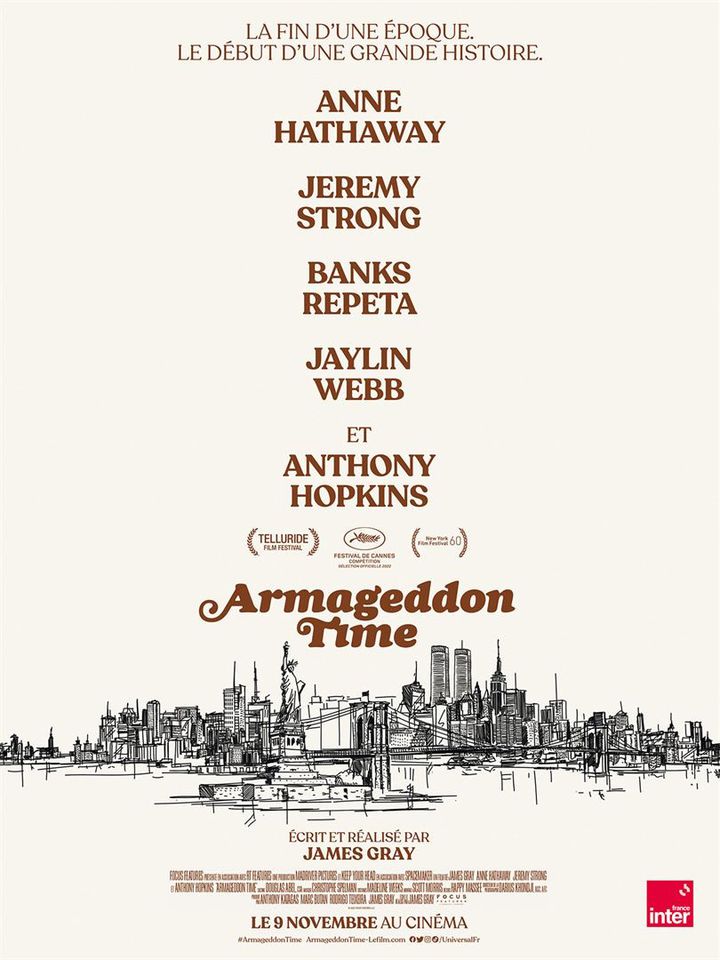 Leaving empty-handed from the Cannes Film Festival, James Gray would have deserved the Palme d’Or for Armageddon Time, hitting screens November 9. Faithful to the family and filiation he deals with in each of his films, he reconstructs here his memories of youth of the 80s, tinged with racism and inequality. Gray deploys his sense of storytelling and staging, like one of the finest observers of American society.

In the 80s in New York, Paul, a turbulent teenager from a modest family, changes college and finds himself in a posh establishment where the father of Donald Trump, future President of the United States, heads the board of directors. Paul is loyal to his African-American friend Johnny, which weakens him in the eyes of the students of New York high society. Both dream of a better future and commit a theft that will turn their lives upside down.

Author of all his screenplays, James Gray is a formidable storyteller who until now has used genre film to take a look at the family, a major subject of American cinema. His Russian-Ukrainian origins, from a family that immigrated to New York in 1920, permeate all his films. He went through the thriller (Little Odessa, The Yards, The Night belongs to us), the love movie (Two Lovers)melodrama (The Immigrant), the adventure film (The Lost City of Z), even science fiction (Ad Astra). He stands out with Armageddon Timewith more intimate and social dimensions.

If James Gray is recognized for the subtlety of his scripts, it is also found in his cinematography. His framing and lighting full of atmosphere, the regular and revitalized rhythm of the editing, but also his direction of actors are unparalleled. The prize here goes to Anthony Hopkins who portrays a humanist patriarch at the end of his life, a moving supporting role. Also excellent, Jeremy Strong as a responsible father who is looking for his marks, sometimes violent and repentant, while Anne Hathaway is a protective and empathetic mother. As for the young Banks Repeta, he is impressively accurate in his role as a teenager in search of meaning and a future. Jaylin Webb, his friend persecuted for his skin color, is no less so, and the two friends evoke those of four hundred blows of François Truffaut, of which James Gray claims.

This is a textbook case that the director exposes by inviting the Trump dynasty into the picture. The Jewish family in the film feels persecuted and experiences Ronald Reagan’s first election as a curse. However the parents of the film place their son in an establishment managed by the father of the future president of the United States, with the liberal ideology even more radical than Reagan. His overt racism is recurring throughout the film, as is the denunciation of the growing gap between rich and poor, a taboo subject in the country of the dollar, according to the director. James Gray describes the time of his youth as Armageddon. The name of the battle between good and evil at the end of time, the director situates it on a daily basis in a mixture of lightness and gravity, specific to a children’s story. Wonderful.

Summary: In the mid-1980s, the district of Queens in New York was under the hegemony of real estate developer Fred Trump, father of Donald Trump, the future President of the United States. A teenager studies at Kew-Forest School, where father Trump sits on the school board and Donald Trump is an alumnus.