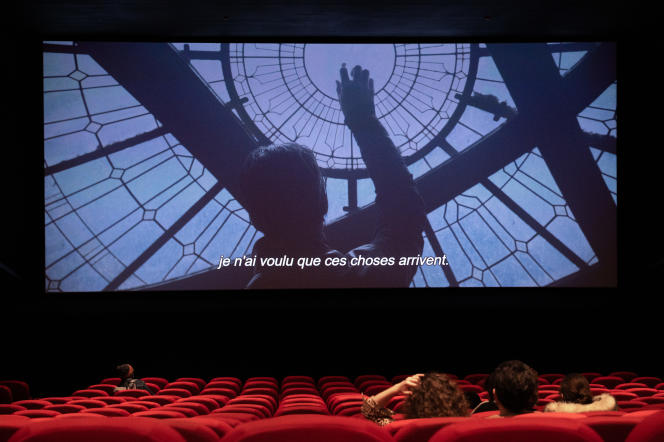 Temporary disenchantment or more definitive break with the public? Already worrying before the Covid-19 pandemic, the situation of auteur films in cinemas is entering an acute phase, bitter for directors, difficult to understand for cinema exhibitors, disappointing for producers and, above all, critical for distributors. independent.

As the Cannes Film Festival opens on Tuesday May 17, the conclusion is clear: since January, the number of new films each week on display – between thirteen and sixteen – has hardly fallen since the start of the health crisis, while audiences in dark rooms have become rare. Attendance fell by 34.2%, to 50.7 million spectators, in the first four months of 2022 compared to the same period of 2019, according to the National Center for Cinema and the Moving Image (CNC) . Even if, in April, the decline eased to -23%.

The gap is widening between auteur films and American blockbusters. The latter, sometimes expected for two years, have almost sold out, as evidenced by the success of Spider-Man: No Way HomeJon Watts (7.3 million admissions in France), The BatmanMatt Reeves (more than 3 million), orUncharted, by Ruben Fleischer (2.5 million). By this yardstick, only two Hollywood stars have disappointed in terms of audience: Steven Spielberg, with his remake of West Side Storyand Ridley Scott, with The Last Duel.

The big American machines have also brought young audiences back to the theaters, whom some said were lost forever to the benefit of streaming platforms, like Netflix. Thanks to the Culture Pass, teenagers answered the call and went to see superhero films en masse, like Doctor Strange in the Multiverse of Madnessby Sam Raimi.

It is their elders, for a long time the most assiduous and the most cinephiles, who disappear from the cinematographic radars after two years of health slump. The famous 50 and over, who have become chilly, have not yet returned to the cinema, which upsets the balance of the entire industry. Not to mention that with the pandemic, many subscribers to unlimited cards have not renewed them. But these customers, often over-consumers of the seventh art, did not hesitate to also discover demanding films. Those who, precisely, are suffering today.

Is it a structural or cyclical crisis? “Even sure values ​​are no longer so sure: the films which two years ago brought together 500,000 admissions to cinemas now only achieve half of them”, observes François Aymé, president of the French Association of arthouse cinemas, which represents 1,200 establishments. At the head of the distribution company The Jokers, Manuel Chiche is even more pessimistic: “We don’t even talk about tension anymore, it’s the slaughterhouse” for some movies. “If someone asks me what has worked well for a year, I have to answer ‘none’, and it may be the same until the end of the year”he admits.

You have 70.86% of this article left to read. The following is for subscribers only.

Arthouse cinema is finding it increasingly difficult to find its audience