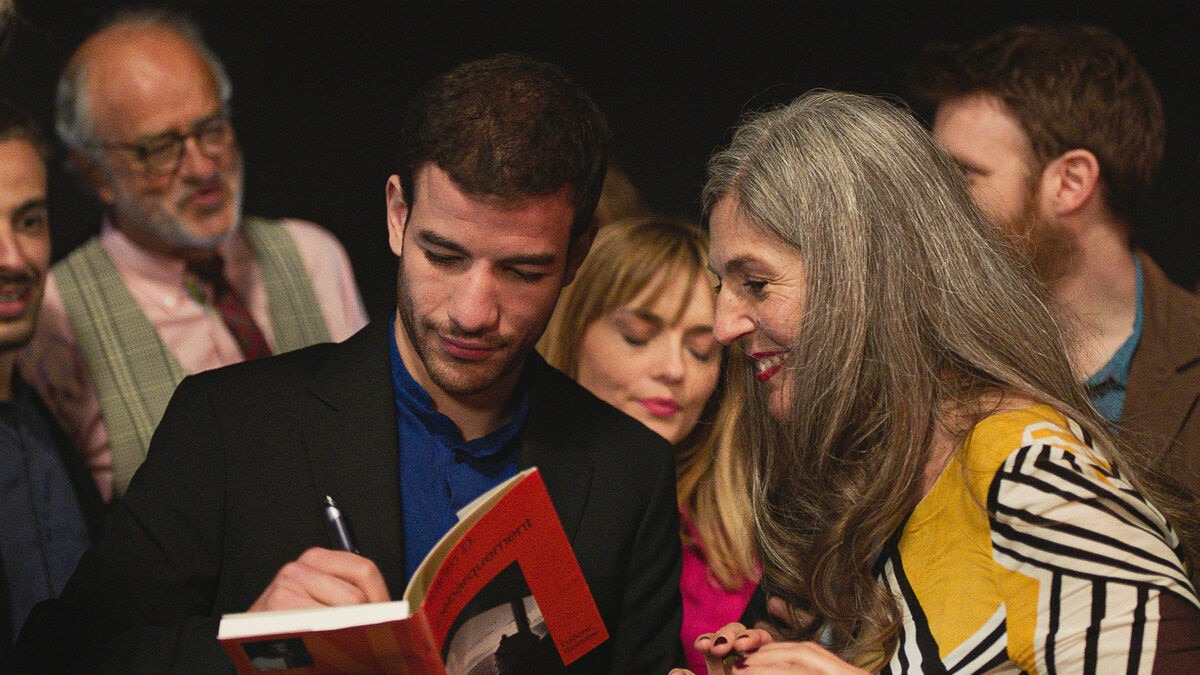 He will be 30 in April. Time passes so fast. Who still remembers that exactly five years ago, in February 2017, Mehdi Meklat hit the headlines, saturated radio and TV flashes and caused a tsunami on social networks? The son of an immigrant who became an icon of the Bondy Blog, journalist, blogger, columnist on France Inter and Arte, then published with his alter ego of the Kids, Badrou, their second novel, “Minute”, which was to consecrate them.

The same evening, while he was on TV promoting his book, forgotten tweets, unearthed under his pseudonym Marcelin Deschamps, sweating anti-Semitism, homophobia and misogyny, marked his downfall. Marcelin Deschamps is “Arthur Rambo”, the title of the new film by Laurent Cantet, Palme d’or at Cannes in 2008 for “Between the walls”. A scenario “freely inspired by the story of Mehdi Meklat”, who is called here Karim D., we read at the end of the credits.

What fascinates is the speed of the ascent and the descent in flames in the age of social networks. Cantet recounts like a long journey at the end of the night, of a single night, the arrival of the young author on a TV set – “the Great Bookstore” in reality -, the homage of the media and cathodic sphere to a child of the housing estates become the spokesperson of a community, the chic evening that ensues at the initiative of the germanopratine publishing house, then, in a few minutes, the downfall.

Neither charging nor discharging

The film avoids pitfalls. Neither charge, nor discharge, nor message. The sentences of the tweets appear formally on the screen, hideous. For Karim-Medhi, child of the networks, these are, he says, only – bad – jokes. Cantet draws a very fine portrait of a character overwhelmed by what is happening to him, sincere in his approach, limited by his own intoxication with himself too, not understanding. Question of generation, again, when even his mother cannot conceive who – certainly not her – could have put such ideas in his head.

Rather than stating the truth, “Arthur Rambo” prefers to follow several leads, including that of the little brother, just a teenager, stuck in his city, for whom this hateful fury expresses “our anger”, and who reproaches his mentor for no longer assume this double identity. The real theme of the film is indeed the unconscious, and also the Freudian unconscious, which is expressed on the networks at the speed of lightning, in the drive, never the reflection.

Karim D. does not have the codes

Laurent Cantet calms the game, which is a quality. Stop the hysteria. What could have happened? The film tells it quite well, between ambition, desire for recognition, ambivalence and naivety, because Karim D. doesn’t have the codes and no one told him when to stop. The film comes to an abrupt halt when its hero leaves Paris. In reality, Meklat went to Japan, explained in a book, “Autopsy”, written from the theater.

The director stops his front camera, in the grip of this frenetic moment which says something about French society and its fractures. Making it a fiction also releases the pressure: what if we thought coldly, in a cinema, far from the fury of “haters”, “followers” ​​and “likes”? A modest and fair film in its desire to help understand, without minimizing or overwhelming once and for all.