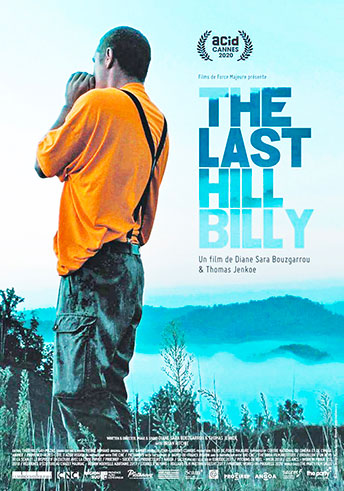 Considered the masterpiece of this director who gave Greek cinema an international stature, “The Comedians’ Journey” (1975, Greece, 230′) will inaugurate this cycle.

The Tunisian Cinémathèque organizes, from May 11 to 19, 2022, a retrospective of the work of Greek director Théo Angelopoulos.

Since the 1970s, he has been one of the most important European directors of auteur cinema. His works always deal with historical and existential themes. He masterfully associates various temporal levels with it.

The Cinémathèque invites the public to (re)discover the director’s work through a selection of feature films showing the evolution of his cinematography.

Considered the masterpiece of this director who gave Greek cinema an international stature, “The journey of the actors” (1975, Greece, 230 ‘) will inaugurate this cycle, today, Wednesday May 11, 2022.

From 1939 to 1952, a traveling troupe of actors put on a show from village to village across Greece, a kind and faded play, “Golfo the Shepherdess”. When war breaks out, the country falls under the yoke of occupation and pale comedy turns to tragedy…

By supplying the censors with a false scenario, Theo Angelopoulos managed to shoot the main part of the film (entirely shot in sequence shots) under the dictatorship of the colonels. After the fall of the regime, the Greek government of the time refused to let the film compete in official competition at the Cannes Film Festival.

In April 1985, the Panhellenic Union of Film Critics named it the fourth best Greek film in history.

On the program, also and among others, “The hunters” (1977, 168′). “During a hunting trip in northern Greece, a group of bourgeois discovers, buried under the snow, the corpse of a maquisard from the time of the civil war”, reveals the synopsis.

Considered a commercial success in Greece (105,000 first-run admissions), yet the director was denied funding by the conservative government via the Greek Cinema Centre. Theo Angelopoulos was forced to seek funding elsewhere, from German and French television, thus inaugurating the practice of European co-production for Greek cinema. This also gave him international notoriety.

In a town in northern Greece, refugees of various nationalities wait to cross the river that serves as a border. Alexandre, a young television journalist, thinks he recognizes among them a former politician who mysteriously disappeared ten years earlier. Leaving the ever-escalating tension between the refugees, he returns to Athens and investigates the politician. He thus meets his former wife, who wants to forget and assures us that her husband is dead. Alexander manages to convince her to accompany him to the border.

An essential program and cinematographic works to (re)discover!

Program of the Théo Angelopoulos Retrospective

At the Tunisian Cinémathèque from May 11 to 19, 2022: At the heart of the universe of Theo Angelopoulos | The Tunisian Press