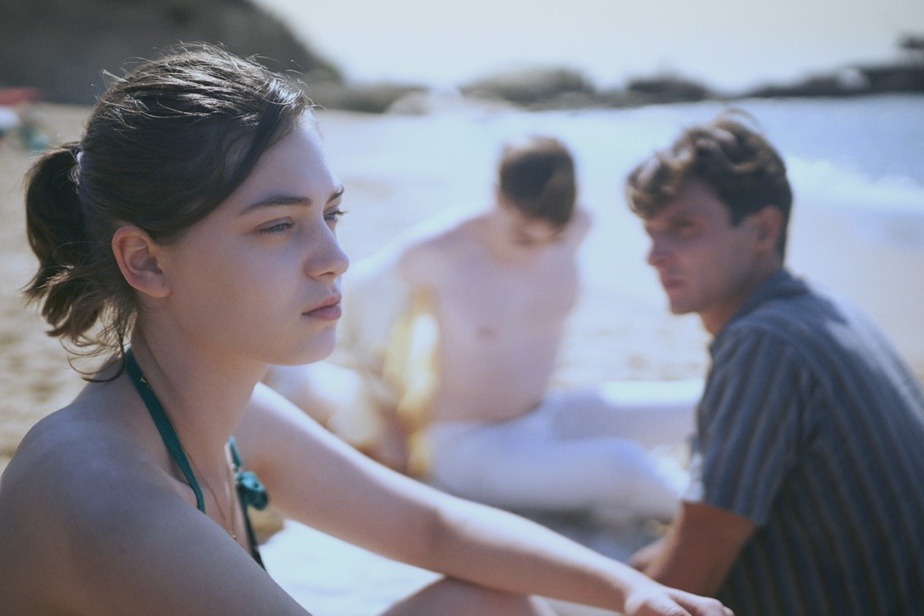 Driven by a feeling of anger on reading the autobiographical novel by Annie Ernaux, Audrey Diwan insisted on bringing to the screen the story of a young girl having to resort to a clandestine abortion in France in the early 1960s. . Interview.

During the awards ceremony for the 78and Venice Film Festival, the fate of The event, just as much as that of Audrey Diwan, has rocked. By awarding it the Golden Lion, the supreme award of the festival held in the city of the Doges, the jury, chaired by Bong Joon-ho, thus propelled this cinematographic adaptation of Annie Ernaux’s autobiographical novel into the highest spheres of the global recognition.

“It’s crazy, all the ideas that come to mind at a time like this, confides the filmmaker during a videoconference interview, carried out as part of the Unifrance French Cinema Meetings. I knew what this honor meant for the film, for me too, but beyond that, I was especially happy for Annie Ernaux, whom I called as soon as I left the stage. I saw it as a sort of reparation for a book which, when it was published, practically did not exist in the media. »

Audrey Diwan, whose first feature film, but you are crazy, was advantageously pointed out three years ago, does not hide having had a little difficulty at the time to manage such an intrusive emotion. Jane Campion, winner of the director’s prize thanks to The Power of the Dogquickly went to meet him.

“Jane took care of me. She took me by the hand, told me about the experience she had when she received her Palme d’Or in Cannes [pour The Piano], advised me. It was really very beautiful. »

A form of anger

When a friend suggested she read The event, Audrey Diwan was surprised by the apparent silence that surrounded the release of a book she did not know, yet written by an author she already greatly appreciated. The filmmaker believes that this discretion is undoubtedly due to the nature of the subject, treated at a time that we sometimes prefer to magnify out of nostalgia rather than look it squarely in the face, in its cruel reality.

When reading, I realized how much I knew nothing, she explains. It’s as if the words I grew up with – clandestine abortion, angel maker – hadn’t brought me back to any real reality so far.

“I felt a form of anger that girls and women had to go through this 60 years ago, and that this reality is that of so many other women in the world even today. »

Sensitive to the character of this young woman, interpreted in her film by Anamaria Vartolomei, who finds herself pregnant at a time – the beginning of the 1960s – when the practice of termination of pregnancy is illegal, Audrey Diwan especially appreciated the way in which Annie Ernaux talks about freedom. Evoke sexual desire without any sentimentality, but also intellectual desire as an accomplishment.

“I had the impression that underlying the book was about freedom in that sense,” adds the filmmaker. That said, the writing process was very difficult. It’s a nightmare to adapt an author you respect, and a book you love too much! Speaking with the author, I said to myself that I should above all give something to feel. The cornerstone of our joint thinking can be summed up in one word: accuracy. Finding a way to evoke pain in order to go beyond its theoretical stage without, however, entering into complacency or provocation. This happy medium allowed me to extend Annie Ernaux’s gesture. »

Audrey Diwan also didn’t want to mark the era in which the story takes place too much so as not to relegate it to the past or give the impression of a finality. Even if she was very well supported by her producers, the filmmaker also sometimes had to face a wall of incomprehension when looking for financing.

When I started writing, the abortion debate was less intense than it is now. I was then asked why I wanted to make this film since everything is legal today, a little as if films about the Second World War should no longer be made since it is over.

“Then the law was changed in Poland. Also happened this twist in Texas [où l’accès à l’avortement est devenu très limité]. Now I’m told the opposite, which I did The event because he’s glued to the news. It’s always interesting to see how a feature film and an era come together! »

Well aware that any era moving towards progress and freedom must inevitably face headwinds and a backlash effect, Audrey Diwan above all wishes to stimulate discussion.

“I don’t think anyone who is against abortion can change their mind after seeing The event, although I love the idea. The vocation of art is to open debates and discussions that can perhaps lead to this, or at least provoke reflection. I still had some amazing experiences presenting the film on tour. In Rome, a man said he was troubled by what he saw, and said he wasn’t sure he was backing the abortion ban now that he knew what it meant. Being against abortion is one thing; it’s quite another to put up with the idea that a woman is going through an ordeal like the one Annie Ernaux went through. Other women have even left their skin there. »

Audrey Diwan and The Event | In the name of freedom