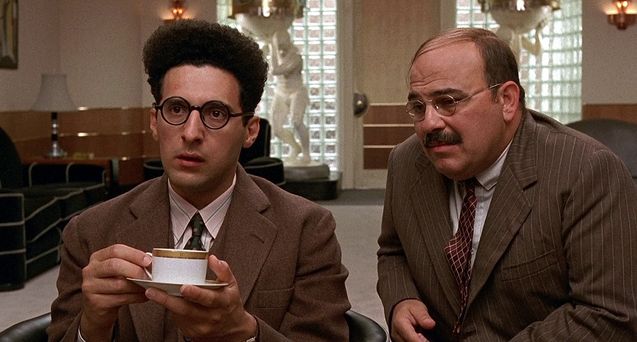 Barton Fink brothers Joel and Ethan Coenit’s the story of a scriptwriter in loss of inspiration in a psychological thriller where reality and fiction merge.

In 1991, the Coen brothers released their fourth film, Barton Fink, a film tale about cinema with indisputable critical success. As proof, at the 1991 Cannes Film Festival, he won the Palme d’Or, the prize for directing and the prize for best male performance for John Turturro. This feat will be the only one in the history of the Festival. After that, the organization will prohibit the accumulation of more than two awards for a film in order not to disadvantage other feature films.

The scenario of Barton Fink is born while the brothers are blocked in the writing of their third feature film Miller’s Crossing. To let off steam, they will therefore develop a labyrinthine intrigue on the mind of a screenwriter in full syndrome of the white page. Starting from this premise, the Coens will have fun losing us in a story where the boundaries between realities disappear to offer a discourse on the very principle of cinema.

We go into the Coen brothers mood

What emerges from the Coen brothers’ filmography is their willingness to experiment with very different genres, to the point of confusing them. Like film chemists, they go twist the atmospheres of their films by varying tones and registers. True Grit plays it western embellished with quirky dialogues typical of the two filmmakers, while The Big Lebowski is intended as a parody of film noir. With Barton Finkthis confusion between genres reaches a level rarely equaled by the Coens. The film combines 1940s film noir, gritty satirical comedy, psychological thriller and horror.

These changes of register are embodied in the meticulous staging of the brothers. As soon as you enter the hotel, its yellowish hues and its sticky atmosphere create an atmosphere of strangeness thanks to the photo of Roger Deakins (his first collaboration on twelve films with the Coens), who will never let go of the story. . Forward traveling on Fink’s blank page figure the plunge into the creative process at the stop of the author what the film will make us live. This camera effect is also operated when Fink contemplates the ceiling of his room, also white, while the hubbub upstairs could very well come out of his tortured skull. 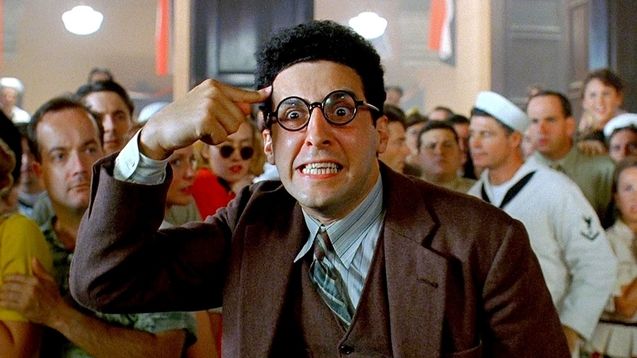 It was during the bloody discovery of the corpse of Audrey Taylor that the genres mix the most. The Hollywood dream suddenly turns into a nightmare, to the point where the hero, like the spectator, cannot believe that this unexplained crime really happened. This violence happens so suddenly that it is more like a bad dream than a reality too terrifying to accept. Despite the horror of the scene, the late Audrey’s skull hits a piece of furniture when Charlie (the always excellent John Goodman) carries her into a short gag typical of the two directors. Faced with this, the young screenwriter always keeps in mind to fulfill his contract with the studio that hired him.